It’s been almost four years since Viktor Yanukovych, Ukraine’s former president, fled the country after the Euromaidan revolution. But the new government’s investigators have so far been unable to establish how much money his rule has cost the country -- or where it went. 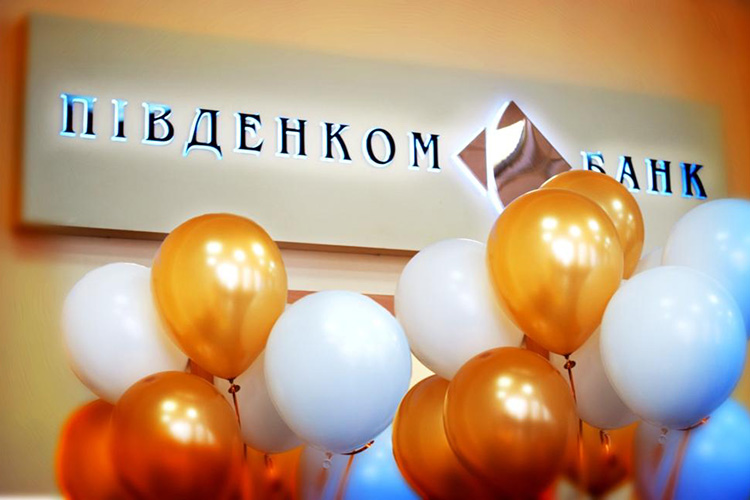 There has been even less progress punishing those who enriched themselves through their connections to the former president, a group dubbed “the Family” due to the involvement of both of his sons.

Now, thanks to documents released in the Panama Papers leak last year, journalists have established how, in the last days of Yanukovych’s rule, about US$ 19 million in state funds were diverted from a large Ukrainian bank that belonged to a friend of the president’s younger son. A portion of the funds ended up in offshore companies connected to the bank’s owner. A further $38 million disappeared from a correspondent account held by the same bank in Austria.

(The Panama Papers data was obtained by the German newspaper Süddeutsche Zeitung and shared by the International Consortium of Investigative Journalists and OCCRP with more than 110 media partners from 82 countries, including Slidstvo.info.)

According to Ukrainian investigators, a facility belonging to a separate company owned by the bank’s owner was also used to stockpile weapons intended to be used by pro-government forces during the revolution.

A Friend of the Family

In January 2014, Donetsk businessman Ruslan Tsyplakov celebrated a major victory: His bank, Pivdenkombank, had grown so much that it had been reclassified as a “large bank” by the National Bank of Ukraine. Pivdenkombank’s entrance into the league of large banks proved yet again the success of the bank’s long-term development strategy, explained Tsyplakov, who was then head of its supervisory board.

But within months, after Yanukovych and his associates had fled the country, the National Bank had declared Tsyplakov’s bank insolvent.

Pivdenkombank had been established in 1990 as one of Ukraine’s first commercial banks in the post-Soviet era, but its most successful period coincided with Yanukovych’s rule. Tsyplakov’s success was said to be linked to his friendship with the president’s now-deceased younger son, named Viktor like his father. Tsyplakov and the younger Yanukovych were united by their common passion for racing cars. In 2012, they created a team called Ferrari Team Ukraine. 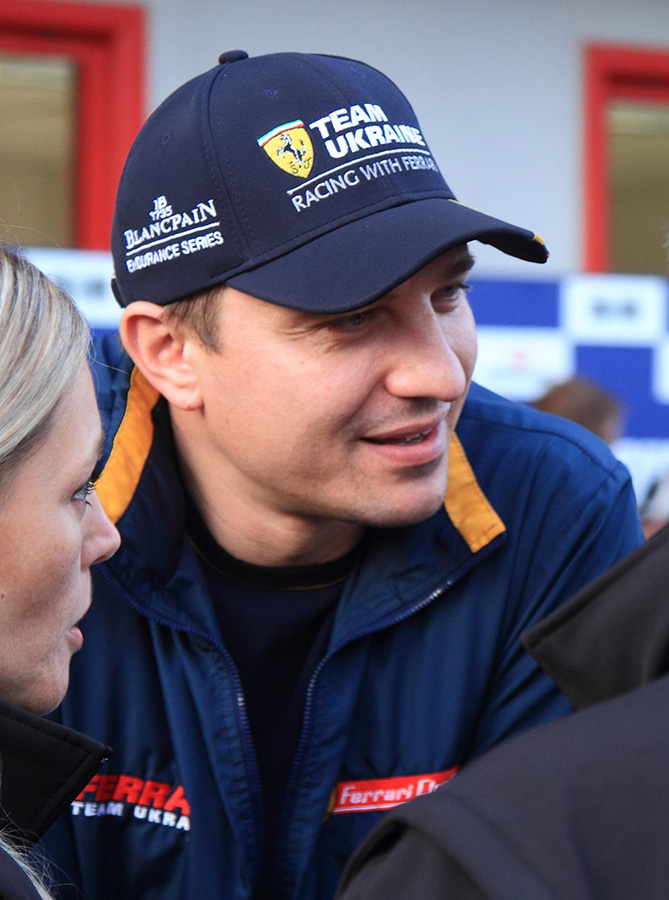 Ruslan Tsyplakov. (Credit: Facebook, Ferrari Team Ukraine page) “They had a common interest: They were both into racing, cars. Tsyplakov himself, taking advantage of his acquaintance with Yanukovych,” used the friendship to open doors for himself, Ruslan Chornyi, editor-in-chief of Financial Club, told Radio Liberty.

In early 2014, while thousands of anti-government protesters gathered on Kyiv’s Maidan, President Yanukovych was holding onto power in any way he could -- including violent crackdowns, beatings, and kidnappings of activists.

Lawmakers from the ruling party also organized pro-government rallies -- the so-called “anti-Maidan” protests. Their participants included athletic young men who, alongside law enforcement officers and on their own initiative, violently assaulted anti-government protesters. The anti-revolutionary violence was later investigated in a series of criminal cases.

According to investigators, Tsyplakov’s companies were also trying to help Yanukovych stay in power. Investigators from the Prosecutor General’s Office say that, in February 2014, Pivdenkombank loaned “many millions” to apparently fake companies “for subsequent payments to the leaders of criminal gangs that opposed the protests in the city of Kyiv.” The investigators note that “the loaned funds remain unpaid; the way they were spent and their current location are unknown.”

On the evening of Feb. 20, 2014, when dozens of peaceful protesters were killed on the Maidan, the Metal Union office had been transformed into an arms depot. The head of the group’s security service helped organize the delivery of 156 Kalashnikov rifles and 22 boxes of shells to the office from the interior ministry’s warehouses on Kyiv’s outskirts.

As the government came closer to collapse, both Yanukovych and Tsyplakov apparently began planning their escape.

On Feb. 20, the same day the protesters were killed, Pivdenkombank received a 180 million hryvnia ($20.2 million at the time) stabilization loan from the National Bank -- which, at the time, was headed by Ihor Sorkin, who some Ukrainian outlets refer to as the “Family’s banker” due to his close connections to powerful officials. (For example, it was widely reported that his wife previously worked at a bank believed to be controlled by Yanukovich’s older son.) 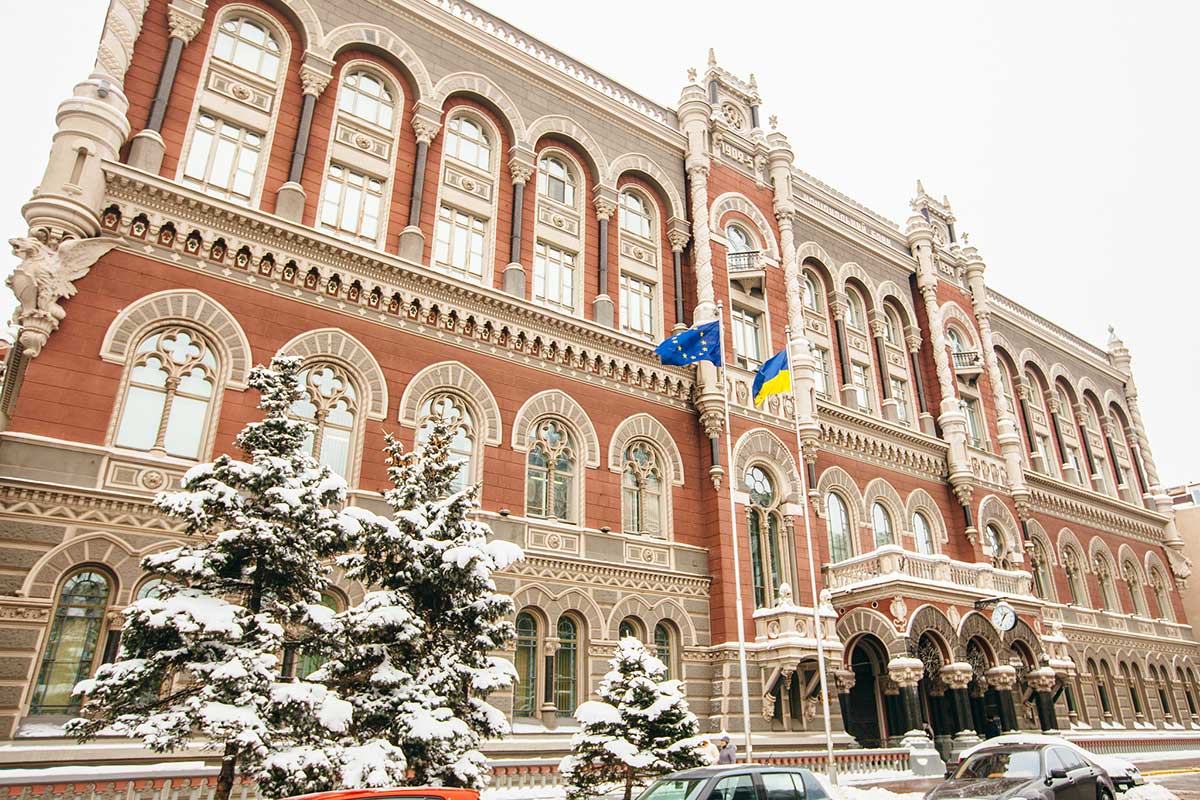 A Donetsk building belonging to Globus Plus, another of Tsyplakov’s companies, served as collateral for the loan.

According to the Deposit Guarantee Fund, a state body that guarantees deposits and works with failed banks, over the next few days, two-thirds of the loan was transferred to two companies that turned out to be affiliated with Metal Union, Splav Finansy and Spektr-Enerho-Don.

These then passed a large portion of the funds through several intermediaries to two offshore companies registered in Panama, BMG Venture Holdings Corp. and Cisco Technologies S.A. The purpose of the transactions was listed as advance payment for unspecified “fittings,” according to financial records obtained by reporters.

The two companies secured the loan by putting up byproducts of the iron ore mining and refining process as collateral. These materials were in the hands of a firm called Trans-Trade, which was founded by Tsyplakov’s Metal Union.

Through Austria to the offshores

In May 2014, the National Bank said that Pivdenkombank was insolvent and imposed temporary state-run controls. In September, the bank was shut down. However, despite the state administration, a further $38 million disappeared from the bank’s accounts.

These funds were being held in Pivdenkombank’s correspondent account in Austria’s Meinl Bank, which it had opened there in the fall of 2012.

Correspondent accounts are bilateral agreements commonly set up between banks in different countries to allow the easy transfer of payments from one currency into another and as a way for a bank to do business in a country in which it is not licensed.

The disappearance of the funds from Pivdenkombank’s correspondent account happened through a method common among insolvent Ukrainian banks.

According to documents obtained from the Deposit Guarantee Fund, Meinl and Pivdenkombank concluded a security agreement in January 2013 according to which the Ukrainian bank deposited $38 million to guarantee a loan owed to Meinl by Tosalan Trading Ltd., a company registered in Cyprus. When Tosalan failed to repay the loan, Meinl Bank took the funds from Pivdenkombank’s correspondent account.

Yet Ukraine’s Deposit Guarantee Fund says that Pivdenkombank had neither a security agreement nor a copy of a loan agreement between Meinl Bank and Tosalan Trading Ltd. Moreover, the state says, Tosalan was not even Pivdenkombank’s client.

So what happened to the $38 million? When reporters followed this money, they found traces of Tsyplakov all over the transactions.

According to the Cyprus business registry, Tosalan is owned by MU United Ltd., an offshore company registered in the British Virgin Islands that, according to documents in the Panama Papers database, was owned by Tsyplakov from 2010 to 2012.

The company’s director, a woman named Liliya Livadna, who is from Donetsk, has also been connected to Tsyplakov for some years. Between 2006 and 2012, she was the main shareholder of another company, PJSC Bankivski Tekhnolohii (Banking Technologies), that owned 20 percent of Pivdenkombank’s assets until January 2008.

In May 2012, Tsyplakov transferred his shares of MU to Livadna.

Tsyplakov’s location is currently unknown, while Livadna, judging from her Facebook page, currently lives in Moscow. She has not responded to a question regarding her role in the offshore company sent through Facebook.

Samira Softic, a member of Meinl’s managing board, told OCCRP that the bank complies with all applicable international regulations, and that these rules prevent bank officials from commenting on any of its clients or their business with the bank.

The practice of siphoning money from insolvent Ukrainian banks to offshore companies through European financial institutions is not uncommon. According to National Police investigators, between 2011-2015, $746.5 million and €59 million had not been paid back from correspondent accounts of some Ukrainian banks.

“We have often found a link between a bank’s officials and the firm borrowing funds. Either bank employees, or board members… In one case it was even a former head of the board. So, basically, representatives of a Ukrainian bank would siphon off depositors’ money using an Austrian bank,” explains Marta Ruda, an expert with the Anti-Corruption Action Center.

Some of the firms involved that received funds diverted from Pivdenkombank have already shut down. No charges have yet been filed in the case.