Six years ago, the young brother-in-law of Davit Kezerashvili, Georgia’s former (and now fugitive) Minister of Defense, gave his nation an unusual gift. 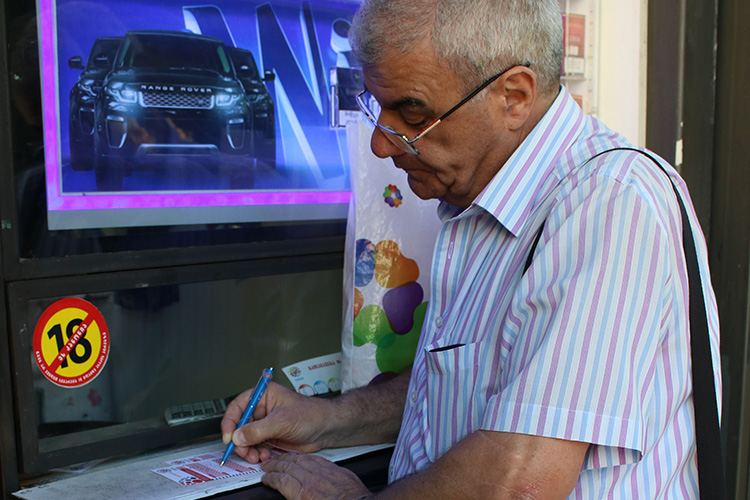 Sporadic lottery player David Pantsulaia, 65, buys a Georgian lottery ticket at a kiosk on Chavchavadze Avenue in Tbilisi. He says he dreams of winning the jackpot. (Photo: Tatuli Omiadze, iFact.ge)

That gift was a majority interest -- 70 percent -- in the Georgian Lottery Company, which Dimitri Chikovani, then 24 years old, had controlled for the previous two years. It was the only company with a license to run a lottery in Georgia. On Aug. 9, 2011, Chikovani turned his shares over to the government, free of charge.

But this was not nearly as generous a move as it might have seemed. According to documents obtained by journalists at ifact.ge, an OCCRP partner, the lottery already owed millions of dollars to the state -- and that debt was only going to grow.

Now it appears the government can't give the lottery away. Ten months after announcing an open tender for the company, officials refuse to say if any candidates have been chosen to take over its operating license. The government also refuses to release figures on how much taxpayer money the lottery continues to lose under the current management.

How is a potential gold mine like a national lottery managing to lose money?

Some of the details are revealed in the Panama Papers, a collection of 11.5 million secret documents from the Panamanian law firm Mossack-Fonseca, obtained by the German newspaper Süddeutsche Zeitung and shared by the International Consortium of Investigative Journalists with reporters from more than 80 countries, including OCCRP and ifact.ge.

According to documents, emails, and interviews with Georgian officials, the lottery ran aground because the people behind it promised the government wildly unrealistic profits in exchange for the exclusive right to run it.

The story starts with a holding company called Lexor Capital, founded in the British Virgin Islands (BVI), an offshore tax haven, in 2008. Chikovani, then 21, was its sole shareholder. 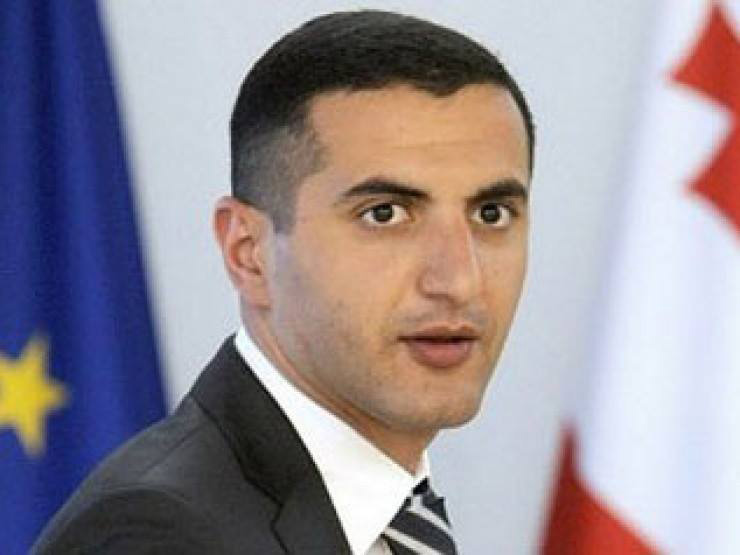 He had served as Minister of Defense under former President Mikheil Saakashvili until late that year, when he left to go into business full time. After Saakashvili lost the 2012 election, however, Kezerashvili abruptly decamped to Europe.

The Georgian government accuses him of stealing tens of millions of dollars in cash and properties, and for the past three years has tried unsuccessfully to extradite him, first from France and more recently from England, where he now lives. Kezerashvili's lawyers have successfully argued that the charges against him are politically motivated.

The Georgian Lottery Company was founded by Lexor Capital in 2009. One month later, it won a tender to operate a lottery for the Ministry of Finance on an exclusive basis for 10 years. In exchange, the company promised to pay the government a total of 913 million lari (about $545 million).

After a year, much like a homeowner refinancing a mortgage for better rates, the company renegotiated the deal. In exchange for a longer pay-back period -- 15 years as opposed to 10 -- the lottery would now pay the government 1.47 billion lari (about $ 812 million).

That didn’t come close to happening.

Levan Chikvaidze, the company’s current director, says that the lottery paid only 19 million lari (about $8.4 million) to the government during the first seven years of its operation. The Ministry of Finance would not confirm that figure, saying that lottery information is confidential, despite the fact that 70 percent of the company belongs to the Georgian people. 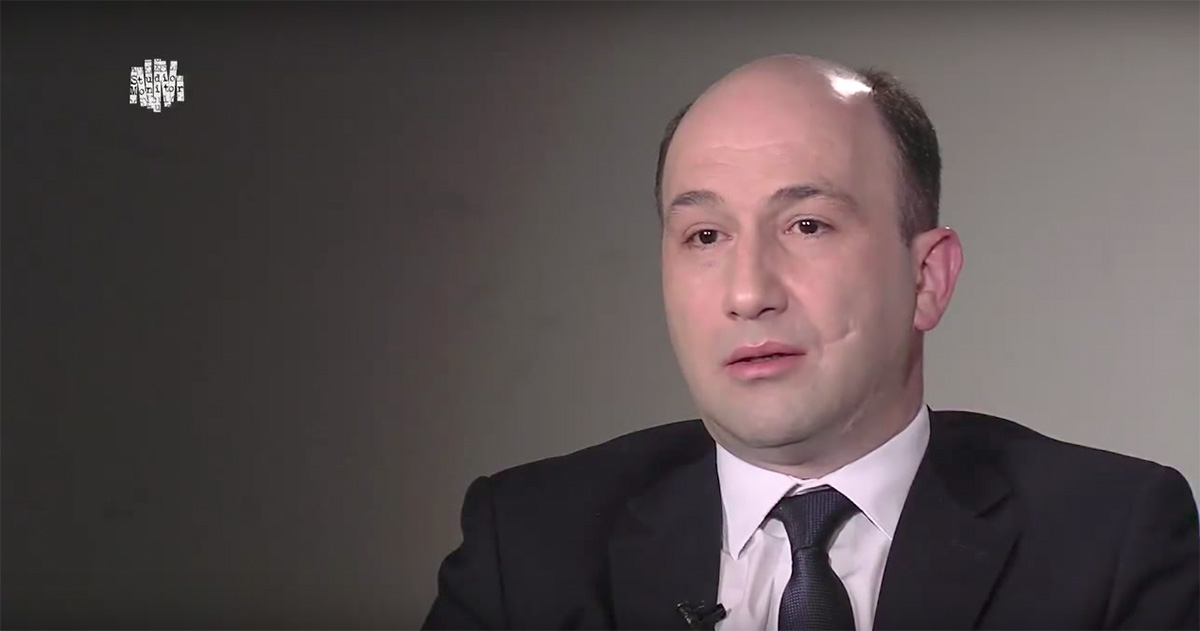 Documents obtained from the Ministry of Finance show the company should have paid 235.2 million lari ($98 million) to the budget over the first seven years.

According to its website, the Ministry of Finance calculated the lottery company's debt as of 2016 at 216.23 million lari (about $91.7 million).

Chikvaidze said the lottery does take in more money than it pays out, although its annual income has dropped by well over 50 percent since 2010. On paper, the lottery’s annual losses are increasing rapidly because it’s falling so far behind on the payment schedule for the rights fee; in its first two years, the company had earned 27.1 million lari (about $15.3 million), but was expected to pay a total of 31 million lari ($17.5 million) into the budget.

The Panama Papers documents contain an additional clue as to why Chikovani decided to unload the lottery in 2011.

On Aug. 5, 2011, Mossack-Fonseca employees told Lexor Capital that it was against Mossack-Fonseca policy to work with any BVI-registered company engaged in the gambling industry due to BVI’s strict anti-gambling laws.

Three days later, a Mossack-Fonseca staffer wrote that Lexor Capital had stated that its activities were limited to “ticket printing, computer systems and accounting” and that Lexor claimed not to be involved in collecting lottery money or distributing it to winners -- though it was the 100 percent shareholder of the lottery company.

On Aug. 9, Lexor Capital, still owned by Chikovani, handed over 70 percent of its shares to the government -- along with the fast-growing debt. The document was signed by Chikovani and Zurab Aznaurashvili, who at that time worked in the Enterprise Management Agency within the Ministry of the Economy, which signs all contracts for state-owned enterprises.

The Ministry of Economy was already trying to manage hundreds of failing and failed Georgian businesses. Aznaurashvili said he was told by then-Deputy Minister of Economy David Giorgadze to sign the document.

Chikvaidze and Gigla Mikautadze, head of the Taxpayers Union, an independent organization that works to protect taxpayers' rights, believe that Chikovani simply wanted to dump an unprofitable company.

Chikovani, former Lexor Capital director Leli Chelidze, and former board member Alexander Gogokhia have either been unavailable or refused to comment. Attempts to reach Deputy Minister of Finance Giorgadze were not successful.

Chikvaidze, the lottery’s new director, says the original owners had totally unrealistic revenue projections. Indeed, the current yearly rights fee alone works out to about $11 for every man, woman and child in Georgia. “The license conditions agreed to in 2009 showed a lack of experience in calculating the company's payments, and are not relevant to the current situation,” Chikvaidze said.

In January 2016, the government announced that it was willing to sell its 70 percent share for a starting price of only 1,000 lari (about $ 406). When civic groups complained about the low price, the ministry canceled the sale.

According to Nick Kamushadze from the National Agency of State Property, there is no current strategy for unloading the shares. The Ministry of Finance refused to comment.

As for the other 30 percent of the company, Panama Papers documents show that in 2013 Chikovani transferred Lexor Capital to Teimuraz Aronia, a Georgian businessman who serves on the board of mobile phone operator Beeline Ltd. The documents do not show whether Aronia paid anything for the shares.

The logo for the Georgian Lottery Company and for the "Loto," its popular nickname, on the company headquarters building in Tbilisi. (Photo credit: OCCRP) Chikvaidze, the current lottery director, says he has never spoken to Aronia, and that four letters to Lexor Capital have gone unanswered. The distance between the lottery office and Lexor's Georgia office is about one kilometer. Chikvaidze says that since the government owns 70 percent of the shares, he makes decisions unilaterally.

Aronia did not reply to e-mailed questions.

Chikvaidze says the lottery company has held talks with the Ministry of Finance about reducing the huge license fee debt, but he says the ministry refuses to change the contract. The ministry declined to comment.

In September 2016, the ministry announced a tender to pick a new licensee. PricewaterhouseCoopers (PwC) Georgia was paid $74,340 to organize the tender. According to documents prepared by PwC Georgia, the new licensee should have earned at least 350 million lari (about $ 149 million) from lottery games in the last five years and paid at least $5 million into the national budget.

The license was supposed to be awarded by the end of 2016. The ministry now refuses to answer questions about the tender auction results, calling it confidential information.

Ana Iaseshvili, a spokeswoman for Georgia Lottery Company, says employees are waiting for this information from the ministry just like everyone else.