Businessman Veaceslav Platon, 43, is considered by Moldovan law enforcement to be a mastermind of financial crime. They believe he is linked to money laundering and the theft of billions of dollars from banks, the state and businesses in the former Soviet bloc states including the Republic of Moldova. 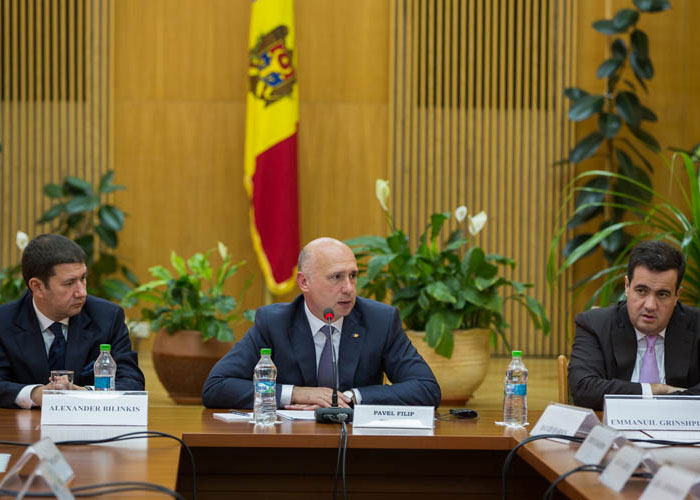 In July 2016, Emmanuil Grinshpun sat next to Pavel Filip, the prime-minister of Moldova, during a government meeting with the American Jewish Committee

Platon, a former member of Moldova’s Parliament, was extradited to Chisinau from Ukraine in late August after Moldovan prosecutors charged him with participating in a scheme to defraud Moldovan banks of US $1 billion.

Platon’s arrest launched a mad scramble as authorities raced to recover the money and assets he allegedly stole. Platon is charged with stealing more than $40 million from Banca de Economii, a Moldovan bank that folded after the billion-dollar theft scandal. RISE Project, RISE Moldova and OCCRP reporters found where Platon invested some of his money which may help Moldovan law enforcement recover some of the missing money.

On Dec. 30, 2013, Veaceslav Platon made a verbal deal with his friend, American businessman Emmanuil Grinshpun: he agreed to lend Grinshpun $ 6.3 million.

Grinshpun, who was born in Moldova and whose companies stretch all across Eastern Europe including Romania and Moldova, wanted the money to snap up some property in Chisinau, Moldova’s capital.

It was supposed to be a short-term loan, to be repaid a month later.

According to Grinshpun’s LinkedIn profile, the 44-year-old is the president of the Jewish Congress in Moldova and invests in hotels and shopping malls. He is also a political heavyweight in Moldova and owns companies based in Romania. In July of 2016 he obtained Romanian citizenship.

Grinshpun asked Platon for the loan so he could participate in a sheriff’s auction that was to take place in Chisinau. He intended to buy the UNO complex, a sprawling shopping area near the city’s center with a greenmarket, shops, coffee houses and stalls occupying more than 13,000  square meters. The property had been repossessed by authorities when the previous owner, an offshore company from Cyprus with an unknown owner, could not pay their bills.

One of Grinshpun’s companies, Moldova-based Trans World Entertainment Ltd., won the public auction. The sale was concluded on Jan. 13, 2014, when Platon sent US $6.3 million to the account of the court executor who handled the auction.

One year later, in 2015, the modern Bonus hypermarket opened its doors on the site of the old UNO complex. Situated at a busy intersection near  the Chisinau train station, the market is part of the Bonus chain managed by two Moldovan businessmen. 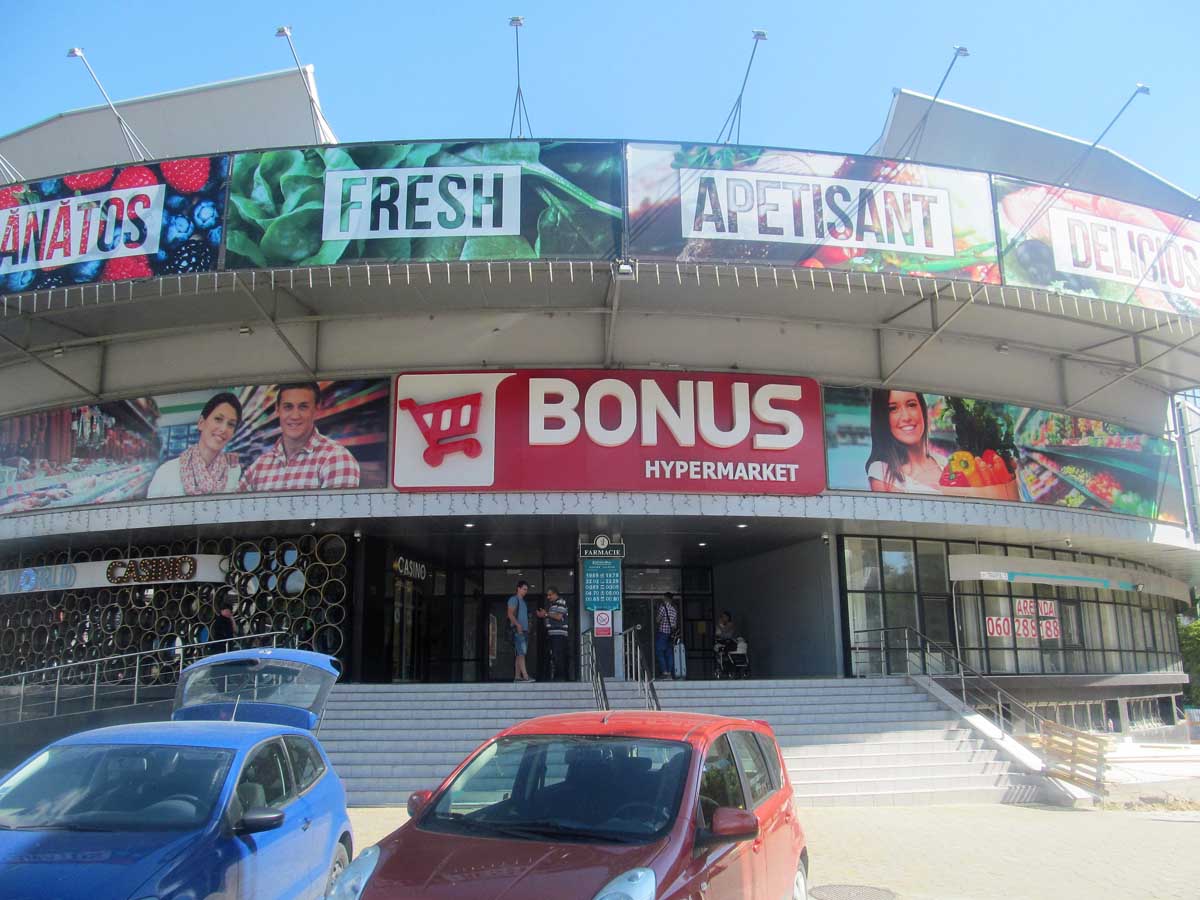 The Bonus hypermarket was bought by Grinshpun with money from Platon.

Grinshpun had told Platon that he would return the money by the end of January 2014. However, he failed to do so despite Platon’s repeated demands for repayment.

Two months later, in March 2014, Grinshpun agreed to pay 12 percent yearly interest on the loan since he had failed to repay the short-term debt. But the new agreement did not resolve the matter. In August of that same year, the two met in Monaco and Grinshpun signed a written memorandum confirming the debt to Platon.

In September 2014, Grinshpun finally made a payment of US$200,000 via the bank account of a British Virgin Islands company he controlled called Miser Development. This offshore company was also involved in business in St. Petersburg, Russia, and had been involved in a few commercial lawsuits in that country. 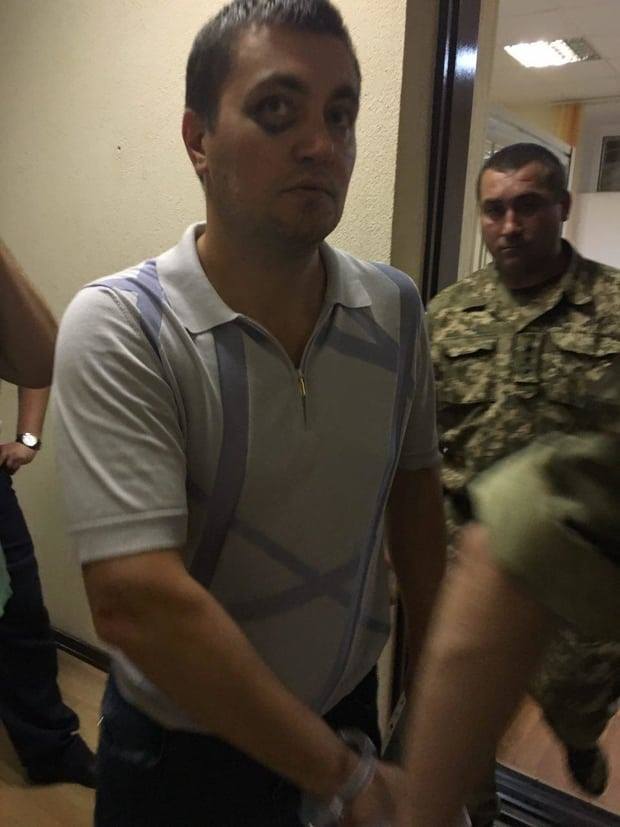 Veaceslav Platon was arrested this summer in Kiev, Ukraine on money laundering charges. When the US$200,000 installment was not followed by other payments, Platon decided to go to court--but not in Moldova.

On Feb. 27, 2015, Platon filed a complaint in the US federal court in Miami, Fla. in an effort to recover $7 million (the money borrowed plus interest). Court documents outline how the debt was incurred.

Platon said he believed Grinshpun was his friend when he lent him the money. Platon’s lawyer argued that the Miami court had jurisdiction over the case as Grinshpun was a Florida resident.

Grinshpun brought a Moldovan lawyer, Daniel Cobzac, who argued that Moldovan courts were fully capable of dealing with the case and asked the US judge to dismiss the case for lack of jurisdiction.

However, by September 2015, it was clear that discussions of some sort were occurring outside of the courtroom.

That action appears to have started in March of 2015, just weeks after Platon filed suit in the US. A company called Anboklin Ltd. was established in Moldova; it is owned on paper by Anatolii Bochkar, a Ukrainian citizen with no other business interests in Moldova.

At the end of June, according to the Moldovan land records office, Trans World agreed that it owed US$7 million, the same amount it owed Platon with interest, to Anboklin and that the building housing the Bonus market would be used as collateral; it also agreed to a repayment schedule extending from June 26, 2015 to June 1, 2017.

It is not clear if Platon is really behind Anboklin, although using Ukrainian citizens as fronts for companies is a Platon trademark. OCCRP and RISE reporters tried to locate Bochkar to confirm whether he was a proxy for Platon or a businessman in his own right but could not find him.

In September, Platon consented to closing the US case without prejudice, implying he had either forgiven or taken care of the debt in another way.

Platon and Grinshpun have had other dealings as well. They share banking interests in Moldova-Agroindbank (MAIB), one of Moldova’s largest banks but one with controversial ownership.

Moldova’s National Bank decided that a group of companies had colluded to acquire a controlling interest in MAIB without the National Bank’s approval. They did this by each company buying less than 5 percent of the bank, the threshold for getting approval from the National Bank and having to provide greater disclosure.

Grinshpun was the representative of Dresfond Invest Ltd., a United Kingdom (UK)-based company which owned 4.48 percent ofMAIB. On paper, Dresfond was also owned by a Ukrainian citizen. Desfond was stripped of its share in March 2016 by the National Bank.

Platon was also interested in MAIB and tried to buy shares via another UK company owned by still another Ukrainian; that attempt was blocked by regulators.

OCCRP reporters repeatedly tried to contact Grinshpun on social networks or via telephone but he did not respond.