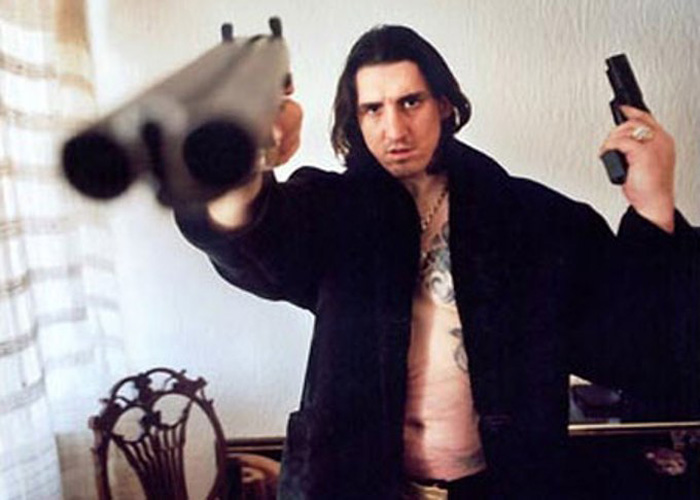 He cursed and openly threatened people. He beat them up in front of the whole world. Just out of view he bedded beautiful, young wannabe celebrities. This, he said, was his job and to continue doing this important work he wanted a Serbian court to keep him out of jail even though he had been convicted and sentenced for heroin trafficking.

Oddly, a Serbian court agreed. Welcome to the strange world of Aleksandar Kristijan Golubović and to Serbian justice. The Belgrade High Court at the end of October postponed a prison sentence for the convicted Serbian heroin dealer so he can participate in a popular TV show.

Golubović, 46, was allowed to continue his work on “The Farm,” a controversial reality show that gathers singers, starlets and other minor celebrities to live and work on a farm outside of Belgrade.

The show is known less for its penetrating social insights than for its explicit language, sex acts between participants, and outbursts of violence. To many it’s the zenith of bad taste – the lowest common denominator for people of low intellect and taste.  It’s also a huge hit.

Heavily tattooed and adept in mixed martial arts, Golubović’s TV appeal is his gangster history. He has known many notorious criminals such as the drug dealer, Joca Amsterdam; Milorad "Legija" Ulemek, who was convicted of assassinating Serbian Prime Minister Zoran Djindjic; and others. He often talks about his relationships with them and other criminals in the 1990s and discusses specific murders, thefts and robberies in which, he said, he was a witness. 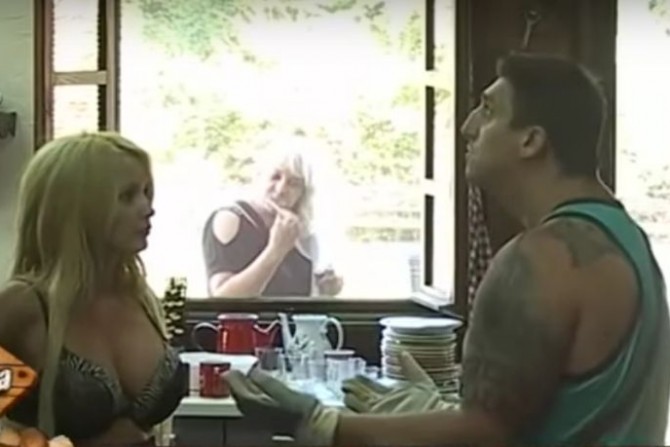 Kristijan Golubovic on “The Farm”. Golubović also serves up a large share of the show’s violence as he has threatened and even physically attacked other participants, although it’s not clear how much of the violence is staged for entertainment purposes. Press releases also talk about Golubović’s various sexual escapades on the Farm and tabloids argue about whether he has impregnated a co-star.

In Serbia, where criminals often achieve media notoriety, Golubović is a media star whose exploits are breathlessly chronicled in local tabloids. While he claims to have left the thug life behind to dedicate his life to art, Golubović has a chronic history of criminality including theft, heroin trafficking, extortion and more.

Golubović was sentenced most recently in January 2014 to 14 years in prison for heroin trafficking and illegal possession of weapons. The Court of Appeals reduced his sentence to eight years in prison.

He has already spent almost four years in custody, with another four years to serve.  As January 5 approaches, the day he is supposed to enter jail some two years after his original sentencing, it will be interesting to see if the gangster star can avoid prison one more time.

Not Ready for Jail

Despite Golubović’s conviction and his long history of criminal behavior, he has been rather successful in finding ways to avoid serving his remaining time. First, he appealed to the court for a postponement because his wife had given birth in February 2015 just a month after his sentencing. The request was granted and he was scheduled to enter prison in October.

Then Golubović asked for another postponement in August because he had signed a €5,000 contract with TV Pink for the reality show five months earlier despite the high probability he would be in prison before the show started in September.

KRIK and OCCRP obtained his motion to the First Belgrade Court requesting the postponement. 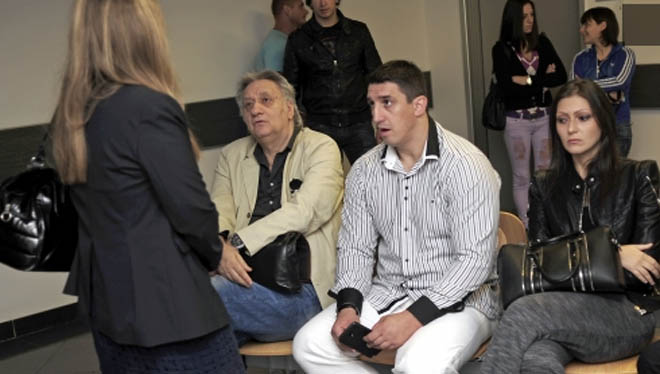 Kristijan with his wife in court. "My wife is unemployed, and the child is a minor. My son is also not employed and because of my long stay in custody at the time he was in high school (his mother died 2009), he did not graduate. To provide them a livelihood, I have concluded an agreement with the production of TV Pink in March" of 2015, said Golubović.

In early October, the First Belgrade Court rejected his appeal. In the decision, the Court said that Golubović was told in December of 2014 that he would go to jail and therefore he should not have signed a contract.

Golubović appealed to a higher instance court which in late October reversed the lower court ruling and allowed the postponement. In an odd ruling, the court said that although Golubović knew he was going to jail, he didn’t know exactly when it would be. The court said he signed the contract to participate in the "The Farm" 15 days before he learned when he would have to turn himself in.

The court ruled that compelling him to go to jail “could cause a significant economic loss,” the appeals court said.

Golubović was arrested for heroin trafficking in January 2010. Police ambushed him and his associates in front of the Church of St. Mark in the center of Belgrade. Golubović’s associate had just received a stash of 100 grams of heroin from a Novi Pazar drug dealer in the church.

Golubović asked an underage girl to enter the church and pick up the drugs from his associate, Mirsad Fujaljkić. Fujaljkić gave the package of heroin to the minor who stashed the drugs in her bra and went to the rented apartment of Golubović’s mother Milanka, police said. Police arrested Golubovic and his associate at the church and the minor at the mother’s apartment.

For Golubović, it was just another in a long line of crimes in Serbia and around Europe. He spent more than a decade in prison for crimes including assault, theft, armed robbery, weapons sales, extortion and drug trafficking. Golubović was at one point on an international wanted list and was extradited to Serbia after he was released from a prison in Düsseldorf, where he was sentenced to three years.

Golubović also spent time in a prison in Greece for theft and armed robbery before being extradited to Serbia.

He is one of the few surviving members featured in the 1995 made-for-TV documentary and cult classic about the Serbian criminal underground, called "See You in the Obituary."