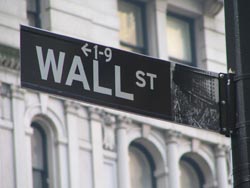 When reporters followed the money, the path was clear -- a Moldovan ghost company was used to transfer funds stolen from the Russian tax authority to an international real estate company named Prevezon.  Shortly after, Prevezon bought luxury New York apartments near Wall Street that it still owns. Denis Katsyv, the current owner of that company and the son of a wealthy government official, has denied any involvement saying he bought the company after the transfer.  But new documents and evidence obtained by the Organized Crime and Corruption Reporting Project (OCCRP) raises more questions about Katsyv’s involvement.

In the winter of 2008, more than US$52 million poured through the bank accounts of Bunicon-Impex SRL and Elenast-Com SRL. The companies were conduits for money stolen by a ring of Russian state officials and organized crime figures through a complex tax fraud scheme.  Sergey Magnitsky, a Russian lawyer, who exposed the fraud, was later arrested and jailed for the crime and died from mistreatment in a Russian prison.

OCCRP tracked some of the Magnitsky money, something Russian officials said was not possible because the records were “lost in an accident”. The investigation is at the heart of official inquiries in the Moldova, Latvia, Lithuania, Finland, Estonia and Switzerland. Swiss authorities froze bank accounts associated with some of the persons and companies OCCRP mentioned in its reporting.

Most of the money channelled through the bank accounts of Bunicon-Impex and of Elenast-Com did not stay in Moldova but was moved on to bank accounts in many other countries. One recipient was Prevezon Holdings Limited, a Cyprus-based company with accounts in the Swiss UBS bank. Prevezon received at least $850,000 from the two Moldovan companies over two weeks in February 2008.  Banking records seen by OCCRP indicate that the payments Bunicon and Elenast made to Prevezon Holdings were listed as "advance payments for sanitary equipment". There is no evidence Prevezon delivered sanitary equipment to either Bunicon or Elenast which were ghost companies.

The money arrived in the accounts of Bunicon Impex and Elenast straight from the correspondent account of the Russian Bank Krainy Sever which was hosted in the Russia’s Alfa Bank.  It was further transferred to the UBS accounts of Prevezon.  Krainy Sever later lost its banking license in Russia because authorities said it was laundering money.

Prevezon's main shareholder is Katsyv, the son of Petr Katsyv, the wealthy and powerful former minister of transportation in the Moscow region. According to Cyprus company records, Katsyv became a shareholder of Prevezon Holdings five months after the money was transferred from the two Moldovan companies to Prevezon. Katsyv denied he had anything to do with the fraud. Katsyv told OCCRP via a hired British public relations company, Wellington International, that: "The funds derived from a deal between Prevezon owner Timofey Krit and his friend, a Mr. Petrov. In January 2008, they agreed jointly to develop a business based on investments in and management of property. Under the agreement Mr. Petrov was to transfer funds to Prevezon for this purpose. The companies Bunicon and Elenast are named in the agreement. This was because Mr. Petrov was anticipating repayment through these companies of a debt owed him by a third party, a Mr. Kim. The payments were made on 5 and 13 February 2008."

OCCRP asked Katsyv for the contacts and full names of Mr. Petrov and Mr. Kim but Katsyv never provided them.  Mr. Kim and Mr. Petrov are also not named in the Moldovan banking records OCCRP obtained.

Wellington International added, on behalf of Denis Katsyv, that Katsyv became a shareholder of Prevezon as a result of a deal he made with Timofey Krit.  Krit, who was 22 at the time, was then the sole shareholder of Prevezon when the transfers occured. "Mr. Krit, director of the firm, found himself unable to run the company on his own. Through a mutual friend, he arranged to sell it to Mr. Katsyv for $50,000. He agreed to stay on as Mr. Katsyv's employee. Subsequently, Mr. Petrov's funds, were invested in various New York properties, and it was agreed that Prevezon would manage these assets for five years and then transfer the properties to Mr. Petrov in full." said Harrison . OCCRP reporters got in touch with Krit but he refused to discuss any of his business dealings with Mr. Katsyv.

OCCRP viewed records that came orginally from UBS Bank that indicate the beneficial owner of Prevezon Holdings Limited since the Dec. 16, 2005, was actually a Russian citizen named Alexander Litvak. Litvak was identified as the beneficial owner well before Cyprus company records dating from August of 2006 identify 19-year old Krit as the company’s shareholder.

That may indicate Krit was a proxy, a person who agrees to let his name be used as a director or shareholder to hide the real owner.  It is common practice for Cyprus companies to list proxy shareholders and directors.

Litvak, is a long-time business partner of Denis Katsyv.  UBS records show that Katsyv and Litvak were working together long before the two Moldovan ghost companies sent the money to Prevezon. They are listed as beneficial owners of Kolevins Ltd, a British Virgin Islands (BVI) company with accounts at UBS Bank. Katsyv and Litvak are also mentioned as business partners in UBS documents dated Dec. 5, 2007, two months before the stolen money ended up in the Prevezon's bank account.

Litvak is also a signatory on the New York property aquisitions made by the US branches of Prevezon Cyprus. At the same time, Litvak is involved with other Prevezon related companies in Germany such as Prevezon Berlin GmbH.

Katsyv promised to send OCCRP all documentation and information to explain his involvement.  However, after lengthy discussions with Wellington Partners, Katsyv did not.