By Stevan Dojcinovic and Valerie Hopkins 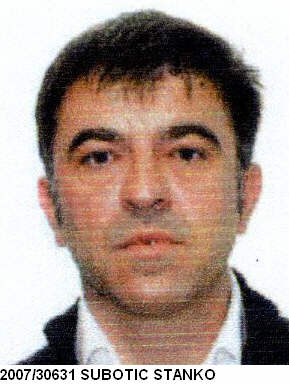 The Serbian Special Court for the Fight Against Organized Crime today sentenced Serbian businessman Stanko Subotic to six years in prison for abuse of office for overseeing his company’s smuggling of cigarettes into Serbia from Macedonia and Hungary.  The court sentenced Subotic’s nephew, Nikola Milosevic, to four-and-a-half years behind bars and former director of the Federal Customs Administration Mihalj Kertes to four years both for aiding and abetting the abuse of office.

Eleven other accomplices received shorter sentences ranging between 10 months and three and a half years.  Two of the suspected associates were acquitted.

According to the verdict, Subotic, his employees, and complicit state authorities used MIA, a company he set up in 1991, to illegally earn €33.6 million through smuggling cigarettes in 1995 and 1996.

Although both the indictment and verdict detail Subotic’s cigarette smuggling operations, he and his associates were actually tried and convicted of abusing their positions in a private company under a seldom used law dating from Serbia’s days as a constituent republic of the former Socialist Federal Republic of Yugoslavia.  While the verdict says that Subotic and his group are guilty  of “abusing their positions in a private company to smuggle cigarettes,” they were not directly convicted of the crime of smuggling cigarettes.  The distinction will likely save Subotic a future extradition or problems in other countries because no country recognizes such a charge.

Subotic was arrested at a Moscow airport three and a half years ago on an Interpol warrant issued by Serbia, but released shortly thereafter by Russian officials who said the charges were based on an obsolete law.  Both Subotic and Milosevic were tried in absentia.

The court also demanded that he pay a €750,000 fine in addition to serving out his prison sentence.  His six year penalty is in the mid-range of mandatory punishments for abuse of office, which range between two and 12 years.

Subotic’s colleagues, who got lesser sentences, smiled through the armored glass when their penalties were pronounced, shooting each other grins and thumbs up signs, signifying that they were pleased with the relatively short time periods they will be spending behind bars.  Some of them have already spent a year in prison, so four of the convicted parties were released from custody.

The verdict details the way in which the syndicate bought cigarettes in cash, primarily from Macedonian producer Makedonijatabak, and then smuggled them into Serbia, storing them in warehouses and then selling them without paying customs taxes.

The indictment shows that Subotic was aided and abetted by state officials including Mihalj Kertes.  According to the charges, the former customs director gave orders to his employees not to record Subotic's trucks containing the illicit cigarettes in their border logs.  Serbian prosecutors also said that the former police chief of Novi Sad, Serbia’s second largest city, told local police subordinates who discovered the contraband not to investigate it. The former chief, Miodrag Zavisic, received a penalty of one year in prison.

According to the indictment, an armed security group also protected the smuggling operations.

Subotic owns businesses based in Serbia, Denmark, Russia, Montenegro and Greece, as well as tracts of land in France.  In 2006, Polish magazine Wprost named him the 86th wealthiest man in Eastern Europe, with an estimated wealth of €650 million.  His wealth is said to have declined sharply, but no one knows his current net worth.