The whistleblower at the heart of the corruption probe into Brazilian construction firm Odebrecht sought United States protection before he suddenly died last week along with his son, who drank poisonous water he found on his father’s desk, Bloomberg reported Friday. 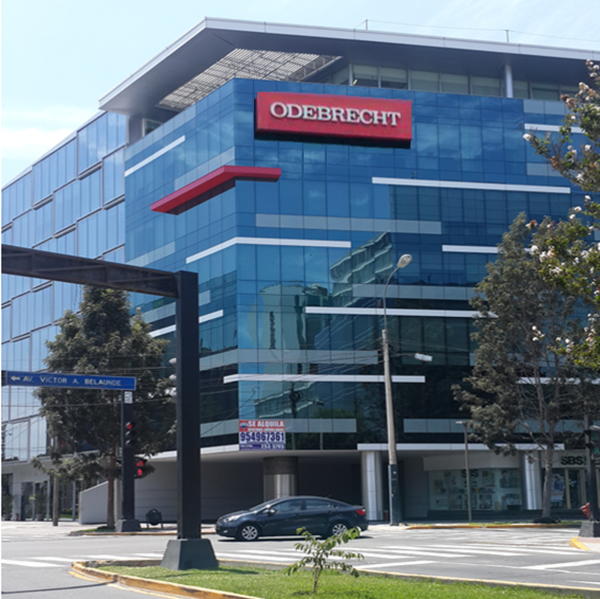 Odebrecht office building (Photo: Thcerbedo CC-BY-SA-4.0)Jorge Enrique Pizano was negotiating his escape to the U.S. in exchange of documents related to the alleged corruption, according to the outlet. Pizano, an auditor who found evidence of the shady Odebrecht dealings, told his daughter and a contact about the negotiations.

“My father was receiving help from the U.S. because his life was in danger,” one of Pizano’s daughters told Bloomberg via a text message.

Pizano had been helping prosecutors in their investigation into the allegations that Odebrecht had paid over US$30 million in bribes.

He had audited a 2010 deal worth $1.7 billion between Odebrecht and Colombian financial firm Grupo Aval and went to Grupo Aval’s legal advisor, Nestor Humberto Martinez--who is the current attorney general of Colombia--when he discovered odd payments made by Odebrecht, Reuters reported.

Martinez has recused himself from the investigation. In 2015 Pizano taped Martinez speaking about the strange payments. "We don't know if they are paying money to the paramilitaries, if there's corruption, if they're stealing," Martinez said, according to the outlet.

Martinez has said that he helped Pizano forward the information to Grupo Aval.

Pizano died Nov. 8 of what originally looked to be a heart attack. However, the following Sunday, Pizano’s son, Alejandro Pizano Ponce de Leon, died after drinking from a cyanide-laced bottle of water found on Pizano’s desk. Pizano’s son had come back to Colombia for his father’s funeral from Barcelona, where he lived.

Police have since opened up an investigation into both deaths, according to Reuters.

Odebrecht has been accused of bribing officials in dozens of countries in an attempt to secure lucrative government contracts.