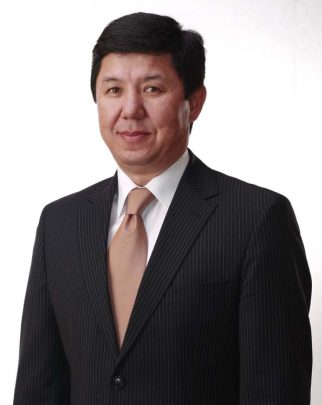 Temir Sariyev (Photo Credit: Wikimedia) A parliamentary commission last week accused the government of rigging a US$ 100 million road construction tender so that a Chinese company without the required license would win the job, Reuters said. Chinese companies are building most of Kyrgyzstan’s roads and are often accused of enabling government corruption, Eurasianet reported.

During its investigation, the commission had asked why Chinese company Long Hai won the tender for the 104-kilometer road reconstruction without a license, when other companies made cheaper offers, 24.kg news said.

Sariyev’s critics, including Transportation Minister Argynbek Malabayev, have accused him of personally profiting from the construction project, the Associated Press (AP) reported.

Sariyev took to Facebook on Sunday with a 13-point personal opinion about the tender and the commission’s work, calling for an objective investigation.

In a further statement reported in the Times of Central Asia, he said that some political forces are not interested in objectivity, and that “the work of the parliamentary commission clearly demonstrates that and it had one-sided views and was biased."

Malabayev said his deputy had joined forces with Sariyev’s staff to lobby for the company that won the tender, the AP said. In turn, Sariyev’s application to dismiss Malabayev was rejected in April by Kyrgyz President Almazbek Atambayev, who said more information was needed, Eurasianet said.

Sariyev had been running the government since May last year, during a time of economic pressures from the recession in Russia and slowdowns in neighboring countries. He had pledged to resolve an international profit-sharing dispute over the nation’s biggest gold mine, Reuters wrote, but that is yet to be resolved.

President Atambayev today called upon Parliament to approve a new government as soon as possible, according to the president’s website.  Kyrgyzstan has a relatively powerful parliament compared to its Central Asian neighbors. The ruling coalition now has 15 days to pick a new premier, Reuters said.