People who used to know young billionaire-in-exile Serhiy Kurchenko say that if he ever started drawing his financial “chain” on a piece of paper, it would finish up on the ceiling. 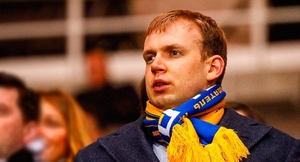 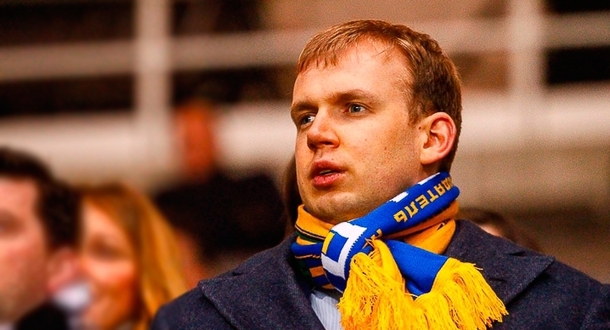 Kurchenko’s chain is made up of hundreds of fake Ukrainian companies, dozens of offshore firms and more than 600 people who served at the beck and call of this young man who sprang from nowhere.

Reporters Slidstvo.info and the Organized Crime and Corruption Reporting Project (OCCRP), obtained documents from a former Kurchenko employee that give an idea how Kurchenko’s businesses operated, and how, through a system of offshore companies, he pumped millions of dollars into a single Latvian bank.

The documents came from Kurchenko’s Eastern European Fuel and Energy Company, (acronym SEPEK in Ukrainian or VETEK in Russian).

“We were banned from talking to each other at work,” says the former employee, whose name is withheld for the employee’s protection. “And when we left work, we had to leave the desk clean and could not take anything home.”

Among the documents is a database showing that Kurchenko employed more than 640 people. These were managers with varying levels of responsibility. Almost half are around Kurchenko’s age, under 30. He will turn 29 in September, and will most likely celebrate his birthday outside of Ukraine, which he fled after the collapse of former president Viktor Yanukovych’s regime.

The company’s public relations service alone employed 15 workers. Apart from the offices in Ukraine, Kurchenko had facilities in Geneva, Zurich and Berlin. The biggest foreign office, however, was in Moscow. It employed 21 people.

The work was compartmentalized to ensure that none of the employees had a full picture of the company’s activities. Everyone was in charge of his or her own, very narrow field and could not communicate with others.

Kurchenko also kept track of those who left the company.

Until recently, very little was known about the structure of his group beyond a list of fictitious Ukrainian companies registered in Kharkiv and Simferopol in flats whose residents had no idea they were directors of Kurchenko firms. Reporters for Slidstvo.info obtained the list of 14 offshore companies which, in 2013, churned millions of dollars for Kurchenko’s corporation.

Most if not all of these companies appear to have accounts in Latvia’s ABLV Bank. Its central office is located in Riga, with many branches in authoritarian countries: Russia, Ukraine, Belarus, Kazakhstan, Tajikistan, Azerbaijan, Uzbekistan, as well as Cyprus and Luxembourg.

Soprema Trading Ltd. is registered in the British Virgin Islands and has gigantic turnovers. According to one balance sheet, in the first quarter of 2013 the total turnover was Hr 9.662 billion (US$ 833 million), or roughly three annual budgets for the western Ukrainian city of Lviv.

Soprema Trading Ltd. traded in oil, among other things. In three months of 2013 it sold Hr 1.4 billion (US$ 120 million) worth of the commodity. But expenses reported were almost as high, and as a result the profit was only Hr 134,000 ($US 11,500). Typically, tax avoidance or money laundering schemes artificially inflate expenses to offset profits.

Andriy Hrynchuk, managing partner of the Lviv-based law firm Hrynchuk, Mazur and Partners, says that such financial reports are typical in the British Virgin Islands, a jurisdiction designed to hide a company’s true owners and to minimize taxes.

According to the Financial Secrecy Index 2013, published by the Tax Justice Network, the British Virgin Islands work particularly hard at preserving the privacy of the real owners. There is no database of beneficiaries kept there, even for internal use.

The study concludes that the jurisdiction has turned “into (an) effective carte blanche for BVI companies to hide and facilitate all manner of crimes and abuses, worldwide.”

Since March 20, Kurchenko has been on Ukraine’s most wanted list. He is accused of appropriation of property and embezzlement through abuse of office.

Kurchenko, via his company’s statement, denied any involvement in crime, saying it was a “misunderstanding” when the European Union put him on the list of sanctioned individuals. According to Ukrainian media, he is currently residing in Moscow.

A former Kurchenko employee says that after money came into its accounts, Soprema Trading Ltd sent it on to Prosperity Developments S.A., whose accounts accumulated even bigger sums. Prosperity had featured in a Forbes magazine investigation, which called it a firm that buys fuel for Ukraine and evades millions of dollars worth of taxes.

According to the international database www.investigativedashboard.org, one of Prosperity’s owners was Natalya Frolova, who lives in Kharkiv at 19-A Kromska Street. Finding her is difficult because the official address actually belongs to another person.

After Prosperity Developments S.A, the money was sent on to the Belize offshore company Zevidon Trading Limited. As the final link in the chain, Zevidon accumulated the most money in its accounts. The company’s functions were quite varied, ranging from oil trade to paying for custom tailored Italian Borrelli suits for one of the managers of Naftogaz Ukraine, the national gas and oil monopoly.

Zevidon was featured in a 2013 probe by Parliamentarian Yuriy Syrotyuk who sent it on to the general prosecutor and State Security Service for action. The law enforcers, then under the control of the Yanukovych government, failed to find anything illegal in its operation.

But in early March of this year, the Interior Ministry opened 12 criminal cases to investigate the “criminal scheme of import and sale of oil products by the company SEPEK.”

The Interior Ministry said that in 2012-2013 companies that were part of this group imported Hr 25 billion (US$ 2.1 billion) worth of oil for refining but pretended to re-export it, which allowed the company to avoid massive tax payments. The products were then sold in Ukraine though a chain of fictitious firms.

Other offshore companies from the newly discovered portfolio shed light on previously unknown activities. In particular, the Registration Book of Vessels of 2012 shows that Kurchenko’s company owns an oil tanker, MARIYA K. Another company, Landow Development Ltd., owns an oil barge, TANK 58, while the firm Vitali Trading Ltd. owns a tanker called BIANCA-K. All of the vessels were built in 1972-1973.

Viktor Lysytskiy, first vice president of Association of Shipbuilders of Ukraine, says the age of the ships is suspicious because tankers on average serve some 15 to 20 years, and then only if major upgrades are made.

“If an oil tanker is 40 years, it’s an old shoe,” he says. “It simply cannot transport such cargo as oil products.”

Kurchenko was also in the fruit business. For example, the Cyprus-based Histrax Holdings Limited in January last year received a health inspector’s certificate to import mandarins, bananas, lemons and pomegranates from southern countries. Kurchenko’s corporation had a special department called TNP Fruit, staffed by 17 people, and next to some of their names in the database was the notation “citrus.”

Despite varied business interests of all offshore companies examined to date, most if not all had one thing in common: bank accounts in Latvia’s ABLV bank.

The various currencies that traveled through these companies arrived at the same end point. Ukraine’s law enforcers have said Kurchenko’s activities caused at least Hr 8 billion (US$ 670 million) worth of damage to the nation, and these accounts would be a good place to start looking for that cash.