Think of money laundering and you might imagine colorful and complex schemes — sacks of cash smuggled across borders, or convoluted loan arrangements routed through Byzantine corporate structures on obscure Caribbean islands.

But while such tactics are indeed employed, the reality is that criminals, sanctions dodgers, and corrupt politicians are also able to filter billions in tainted cash through the conventional banking system using nothing more than standard money transfers. 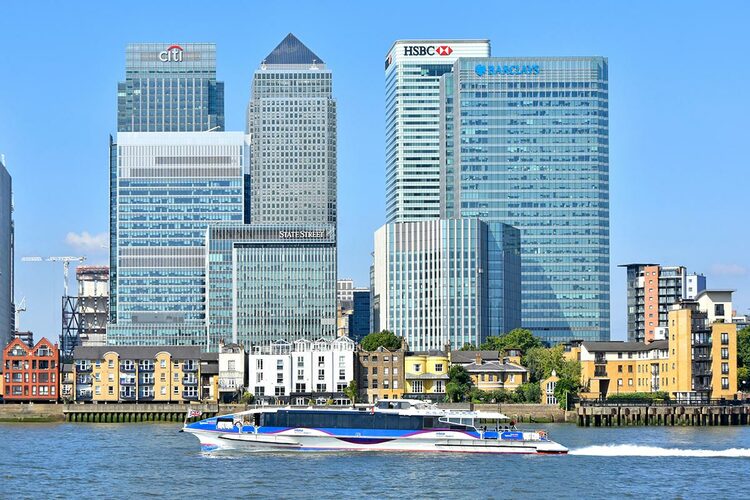 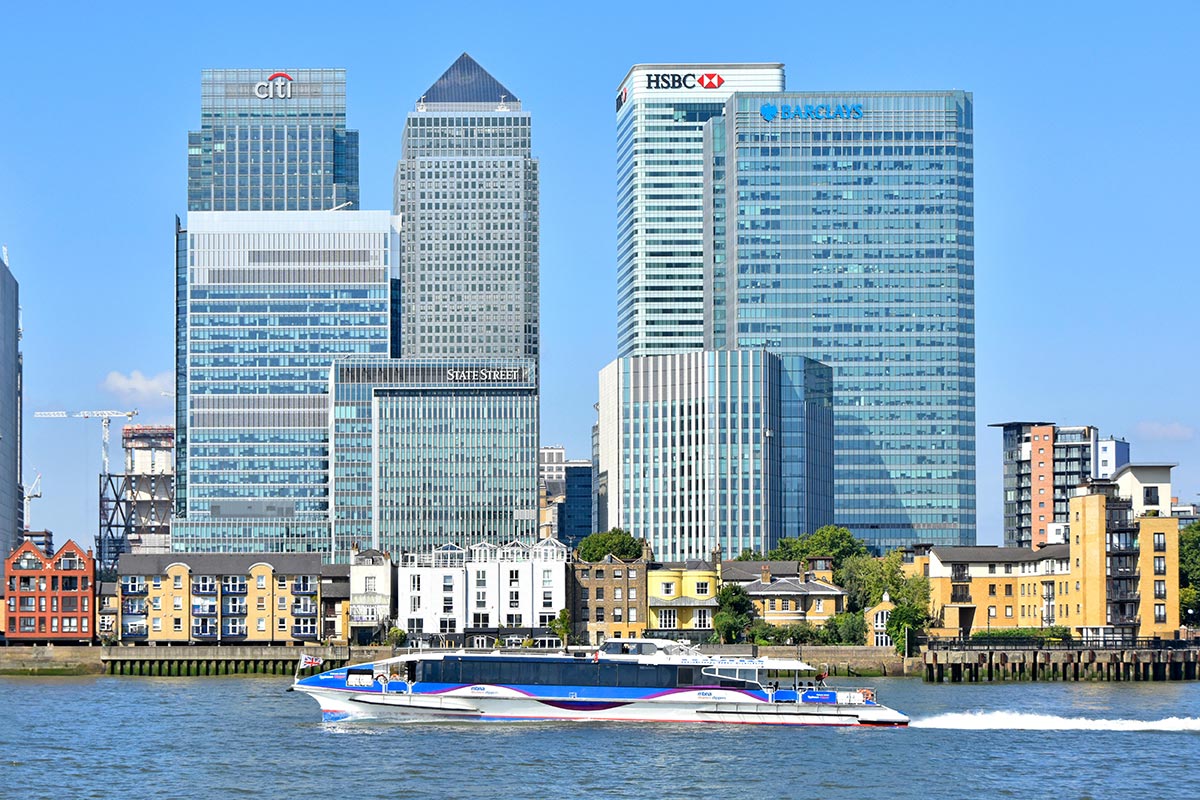 Q: What is correspondent banking? How does it work in the real world, and what is it used for?

A: Smaller banks, often in less developed parts of the world, can gain access to the system banks use to move money across borders by routing transactions through an intermediary, known as a correspondent bank.

If you hold an account in euros in Morocco, for example, but want to pay a supplier in dollars, chances are that your Moroccan bank will use a correspondent bank in the U.S. to pay the supplier on its behalf, then compensate it through commissions and other fees. Q: This all sounds like a necessary part of a well-oiled system. Is there anything wrong with it?

A: Yes, correspondent banking is a crucial part of the global financial system. The scale of the business involved is huge. Cross-border payments make up around a sixth of total transaction flows, according to consultants McKinsey, and nearly a third of all transaction-related revenues, such as service fees, earned by banks that extended correspondent services.

In the developing world, correspondent banking relationships can mean the ability to import fuel, food and medicine without a hard currency. Without such relationships, a struggling country can face damaging isolation.

“Correspondent banking is the lifeline of many countries,” said Lakshmi Kumar, policy director at Global Financial Integrity, a think tank based in Washington, D.C.

Tom Neylan, head of the Financial Action Task Force’s Policy Development Group, said there are strong reasons to keep correspondent banking channels open, so that countries aren’t starved out of the system. To some extent, he said, big banks are “on side and doing the right thing” when it comes to keeping criminals out of the global financial system.

“On the other hand,” he said, “there were some very big cases from 2008 to 2012, when major global banks were handed billion-dollar fines for what they’d done in correspondent banking.

“Those fines weren’t for accidentally letting through a few dodgy transactions – they were for wilfully and deliberately stripping information from wire transfers that concerned sanctioned entities. The dialogue since then has portrayed [these events] as accidental non-compliance rather than criminality. And I think that’s where there’s a distinction to be made.”

Q: What is the downside of correspondent banking?

A: In theory, correspondent banks are meant to run checks before taking new banks, known as “respondent” banks, on board. But in reality, experts say, they often make insufficient inquiries into a respondent bank’s history and client base.

“If the relationship isn’t managed or controlled properly … you’re opening a floodgate to all manner of activity that could be good, but could also be bad,” said Dev Odedra, a U.K.-based financial consultant. Odedra emphasized that banks have an obligation to vet the institutions they are giving access to the global financial system.

“They say ‘money makes the world go round.’ Well, if you’re responsible for that, then you’re morally responsible for allowing that money, licit or illicit, to go round too. If there’s a bank with weak controls, that normally attracts criminals,” he added.

The correspondent banking system also spreads out accountability across multiple banks, making it harder to assign blame when dirty money enters the banking system, according to John Christensen, founder of the Tax Justice Network advocacy group.

“The inherent risks of the correspondent banking system are well known and widely recognized,” he told OCCRP. “It shuffles accountability between actors and raises questions of how and how much monitoring high-risk countries, banks, and clients must go through without disrupting an important financial lifeline.”

Q: What are some examples of correspondent banking gone wrong?

A: One good example is the case of Reza Zarrab. From 2010 to 2015, the Turkish-Iranian money launderer helped Iran’s sanctioned government move billions in dirty money, often through major financial institutions. Investigators found that a number of large banks had processed some $6.5 billion for Zarrab-linked companies.

The Zarrab case shows how easily correspondent banking can be exploited on a massive scale. Over several years, the Turkish state-owned Halkbank let Zarrab stockpile Iranian oil money in accounts he held through various front companies. He then used these and other accounts to send billions via industry giants such as Deutsche Bank, HSBC, Bank of America, JP Morgan Chase, Citibank, Standard Chartered, UBS, and Wells Fargo.

Because these banks had correspondent banking agreements with Halkbank, they allowed the transfers without much scrutiny.

In 2016, Zarrab was arrested in Florida and later pleaded guilty to money laundering and other charges. He agreed to testify against a Halkbank executive, and eventually settled in Miami under a false identity. The institutions who processed the transfers, whom U.S. prosecutors called “victim banks,” were off the hook. They had fulfilled their regulatory obligations by vetting Halkbank, and had no responsibility to check the funds further.

Other examples of abuse aren’t hard to find.

Deutsche Bank also allowed hundreds of thousands of dollar-denominated transactions “totalling more than $618 billion” for the Middle Eastern bank despite the concerns surrounding it, according to the consent order.

On occasion, a smaller bank is run by shady elements who are themselves hiding behind opaque offshore firms. A classic example of this was Moldindconbank, the Moldovan bank at the center of the Russian Laundromat, a scandal first broken by OCCRP in 2014. In that case, larger banks who gave correspondent bank accounts to Moldindconbank — letting it route billions through the global financial system — failed to check who was behind Moldindconbank before doing so. The scam, led among others by now-fugitive Moldovan banker and politician Veaceslav Platon, saw $20 billion flood from Russia through Moldindconbank accounts.

Q: Have there been any industry efforts to clean up correspondent banking?

A: Yes. Under the 2001 “Patriot Act,” the U.S. restricted American financial institutions from forming correspondent banking relationships with high-risk foreign lenders, including offshore and shell banks.

The law has failed to stem the billions of dollars in laundered money that have been shown to move through U.S. correspondent banks in the past two decades. Still, in some contexts, there are signs that increased regulation can at least help to reduce illicit financial flows.

After Latvia banned non-resident shell firms from opening bank accounts, the amounts funneled out through U.S. correspondent accounts dropped by half, to about $10 billion.

“Criminality can be prevented in part by conducting extensive checks on the management, fiscal and due diligence units of the foreign bank before it becomes a client,” she said.

Unreal Estate
The Russians and Rubles Perenčević Brought To Lošinj
Bank Records Link President of Cyprus to ‘Troika Laundromat’
For American Amusement Park, Russian Money Was the Wildest Ride of All