European regulators gave the green light for international banks to handle billions of dollars that flowed from the former Soviet Union through Latvia’s banking sector, even as thousands of these transactions were being red-flagged to the U.S. Treasury, leaked bank records show.

In 2005, acting on tips from German banks, that country’s anti-money laundering police took a long, hard look at Latvia’s banks — and decided they were clean.

Not only did the Federal Criminal Police (BKA) financial intelligence unit find “no indication” of high money laundering risks, its annual report that year said it had determined Latvia’s anti-money laundering legislation went “beyond the standards” applied in Germany.

Those reviews encouraged major banks, including JP Morgan, Deutsche Bank, and Commerzbank, to offer their Latvian counterparts correspondent accounts in dollars. These were then used to move billions out of the ex-Soviet states and into the international financial system.

But U.S. regulators were less sanguine. In 2005, the same year BKA gave its glowing appraisal, the U.S. Financial Crimes Enforcement Network (FinCEN) filed two notices warning of the risk of money laundering in Latvia and cut two of its banks off from the dollar system.

Daniel Glaser, the U.S. Treasury Department’s Deputy Assistant Secretary for Terrorist Financing and Financial Crimes at the time, called the banks “a danger to the international community.”

In 2018 FinCEN filed notice against Latvia’s largest offshore bank for “institutionalized money laundering,” prompting the government to eventually close down its offshore sector.

Multiple money laundering scandals over the years, including OCCRP’s investigations into the Russian Laundromat as well as exposés at Danske Bank and Swedbank, have also revealed the key role Latvia’s banks played in moving high-risk money from former Soviet states.

“There were clearly very high money laundering risks with Latvian banks at that time which continued for a long time afterwards and may not have even been resolved today,” said Martin Woods, manager of AML Woods and an expert in financial crime.

“Notwithstanding the commentary from the German regulator,” he added wryly.

Germany’s BKA said it no longer knew how it had concluded Latvia was not a high-risk country for money laundering in 2005 — an assessment that has never been revised. The European Central Bank told OCCRP it “depends entirely on the information provided by national AML/CFT authorities” in its determinations.

The investigation is based on more than 2,100 secret bank reports filed to the U.S. Treasury Department’s intelligence unit, the Financial Crimes Enforcement Network, other documents and dozens of interviews. 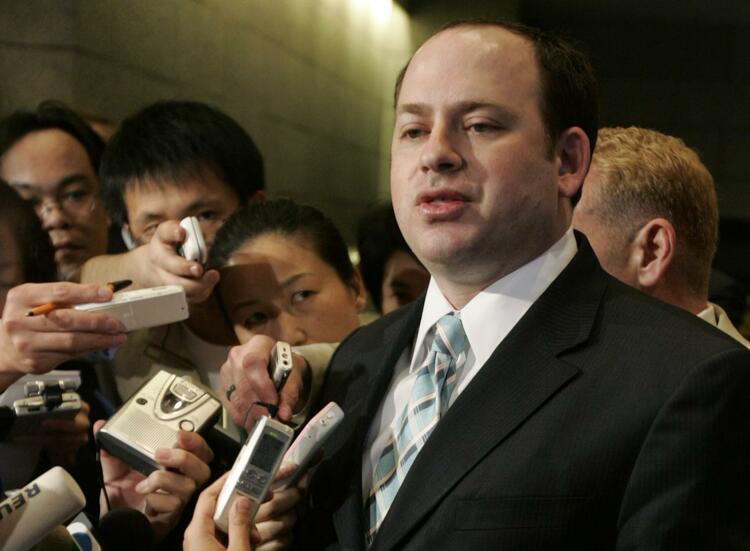 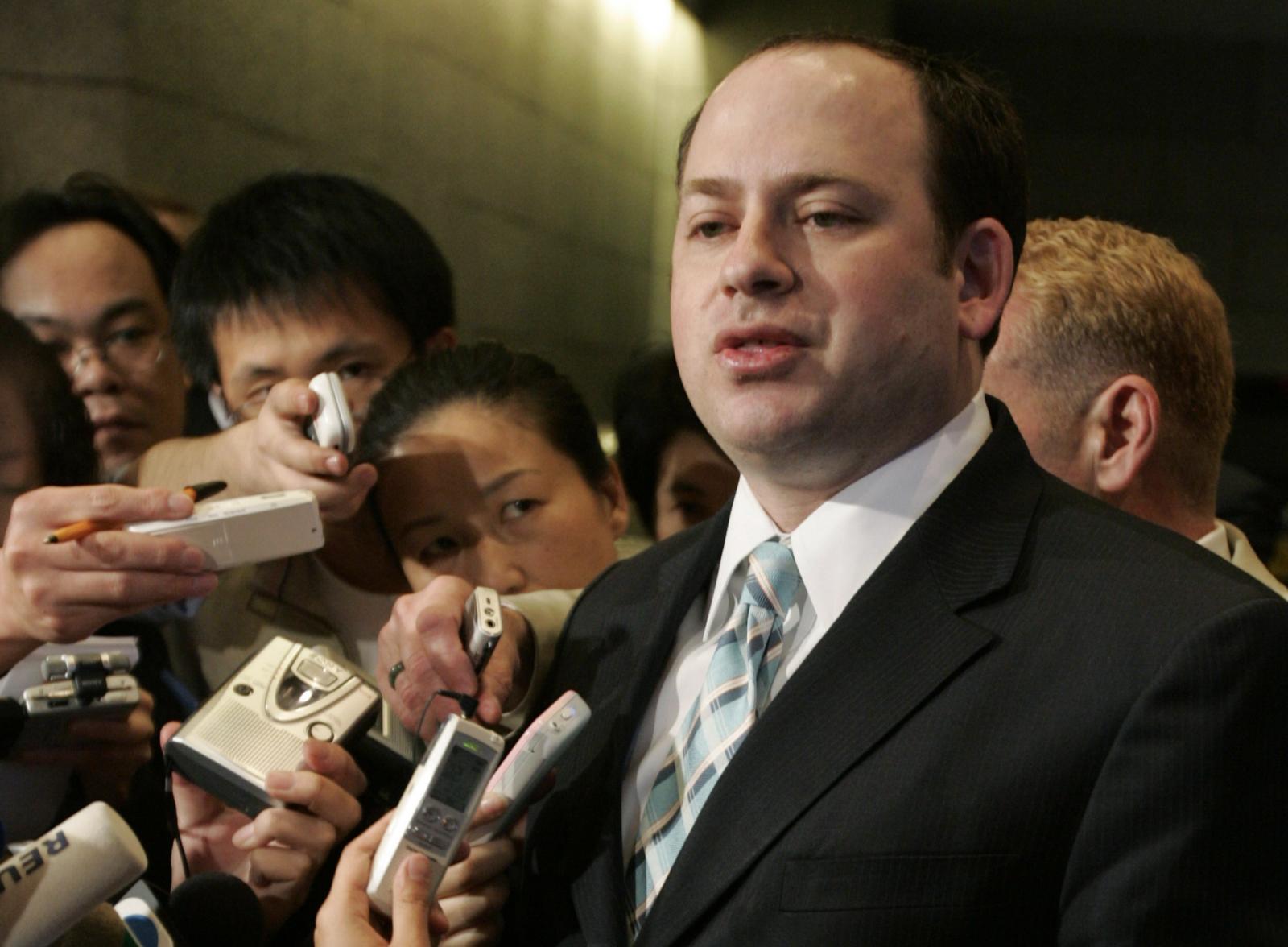 The small Baltic state of Latvia has a population of less than 2 million people. Yet, surveys conducted on behalf of the European Central Bank in 2010 and 2012 found its banks were moving some $16 billion to $20 billion in dollars every day using their U.S. correspondent accounts, according to OCCRP calculations.

As much as 90 percent of the non-resident deposits in Latvian banks at the time — most of them in dollars — were thought to come from former Soviet states, according to analysis by the International Monetary Fund.

There’s no doubt the offshore sector accounted for the bulk of the transfers. After Latvia banned non-resident shell firms from opening accounts in 2018, official data shows the flow of funds slowed to a relative trickle of less than $10 billion through all of the following year.

In Latvia, which had been hit hard by the global financial crisis, the influx of cash was seen as a positive. Latvian parliamentarians later told the European Parliament that “Russian money and transactions were welcome” at that time, while resources to investigate financial crime were cut.

But the torrent of funds flooding out of former Soviet states had U.S. officials worried.

Thousands of Suspicious Activity Reports (SARs) sent to FinCEN between 2008 and 2017 point to major money laundering operations via Latvia. The leaked filings list nearly 18,000 potentially problematic transactions from the tiny country — more than global banking hub Switzerland (almost 10,200) and its Baltic peer Estonia (4,200), and not far off economic powerhouse China (22,000).

The SARs flagged suspicious activities running to billions of dollars at Latvian banks, including Trasta Komercbanka and ABLV. Both lost their licenses due to alleged money laundering. In the six months before Trasta Komercbanka lost its license in March 2016, FinCEN was notified of over $200 million in suspicious transactions from Trasta alone.

In 2017, Bank of New York Mellon reported $318 million in suspicious transactions involving ABLV over the previous year. OCCRP reported on money laundering at ABLV as early as 2014. FinCEN filed notice against the Latvian bank in 2018. It is currently in liquidation. 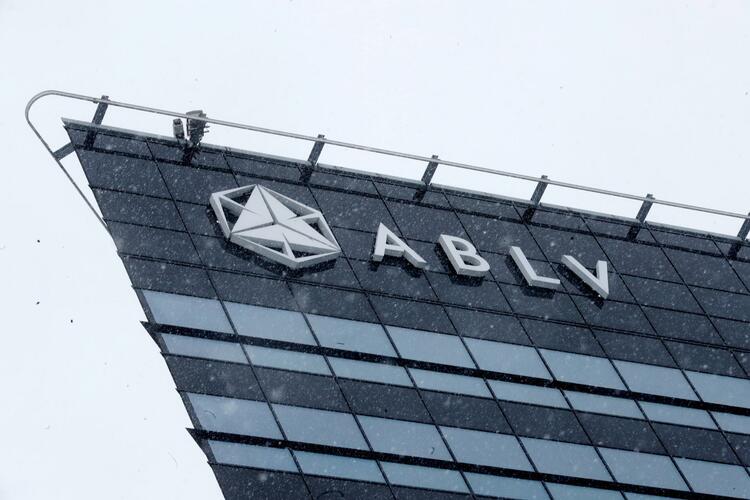 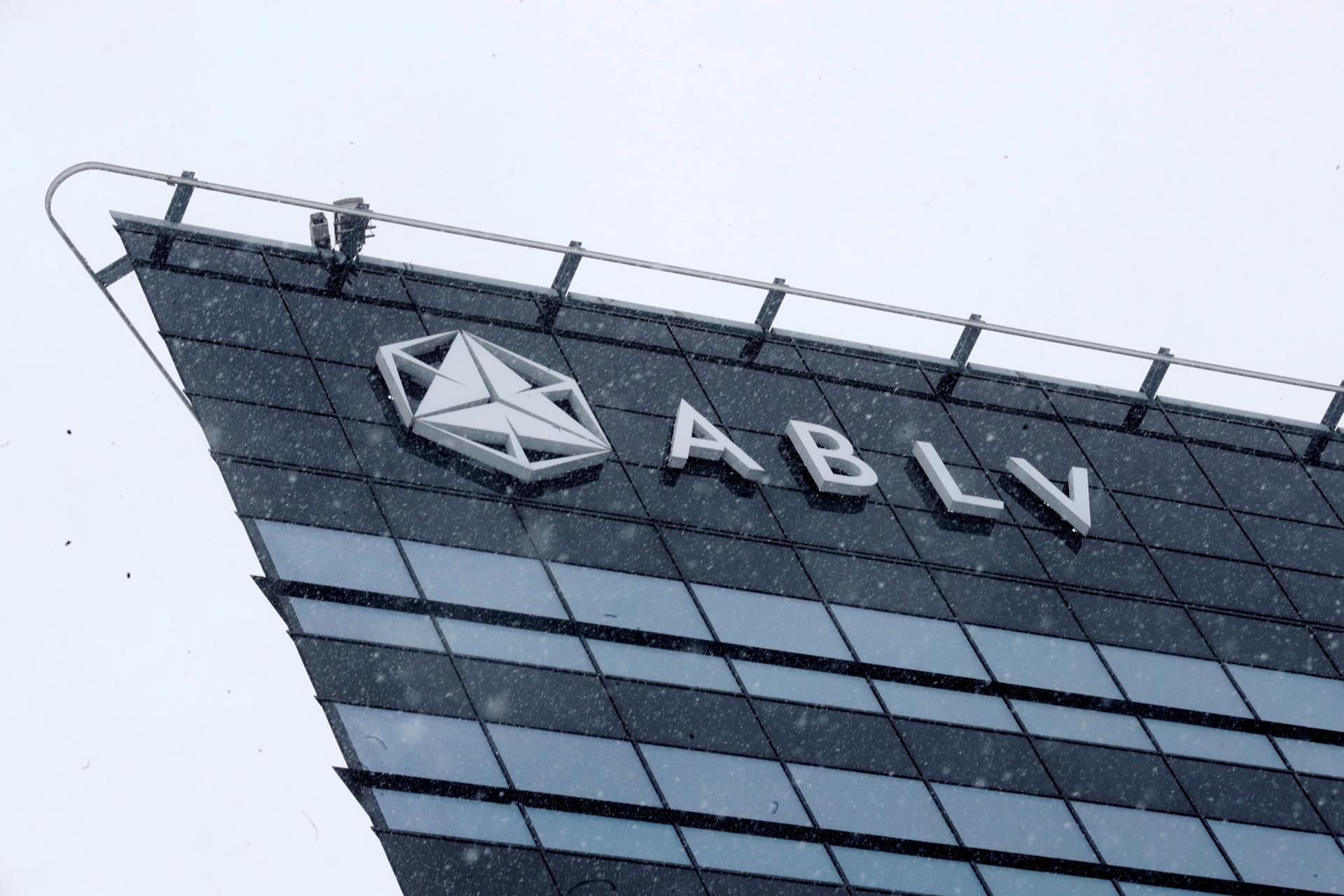 Credit: REUTERS/Ints Kalnins The headquarters of ABLV Bank in Riga, which went into liquidation after FinCEN filed notice against it in 2018.

Latvian MP Ainars Latkovskis told OCCRP that in 2015, when he was chairman of Latvia’s parliamentary committee on defense, internal affairs, and corruption, Glaser had warned him that policing such vast sums would be difficult.

“He said, ‘As long as your banks are clearing 1 percent of all dollar transactions, you must have big enforcement capacities to control it, even if your country is small,’” Latkovskis recalled.

By 2016, the growing warnings from the U.S. meant Germany’s Deutsche Bank was the only international bank willing to provide dollar clearing to Latvian banks. It stopped in 2017, when the FBI found that several Latvian banks had transactions linked to North Korea.

The following year, the U.S. Assistant Secretary to the Treasury and then-President of FATF Marshall S. Billingslea said decades of poor regulation meant Latvia’s banking sector was “one of the most vulnerable in Europe.”

“It has a banking sector that has a history of exploitation by organized crime, by foreign governments that are hostile to NATO and [have] outright corruption in society,” he said in a media interview after visiting Riga.

A spokesperson for European Commission Executive Vice President Valdis Dombrovskis, who was prime minister of Latvia from 2009 to 2014, said “[d]espite the fact that Dombrovskis’ governments were firefighting and dealing with a complex post-crisis environment and high unemployment, Latvia still managed to make significant improvements to its AML/CFT regulatory framework.”

FinCEN’s move to sanction two Latvian banks in 2005 was aimed at ending their use of U.S.-registered shell companies for money laundering. At the time such firms owned a quarter of non-resident bank deposits in Latvia. 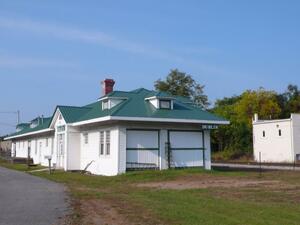 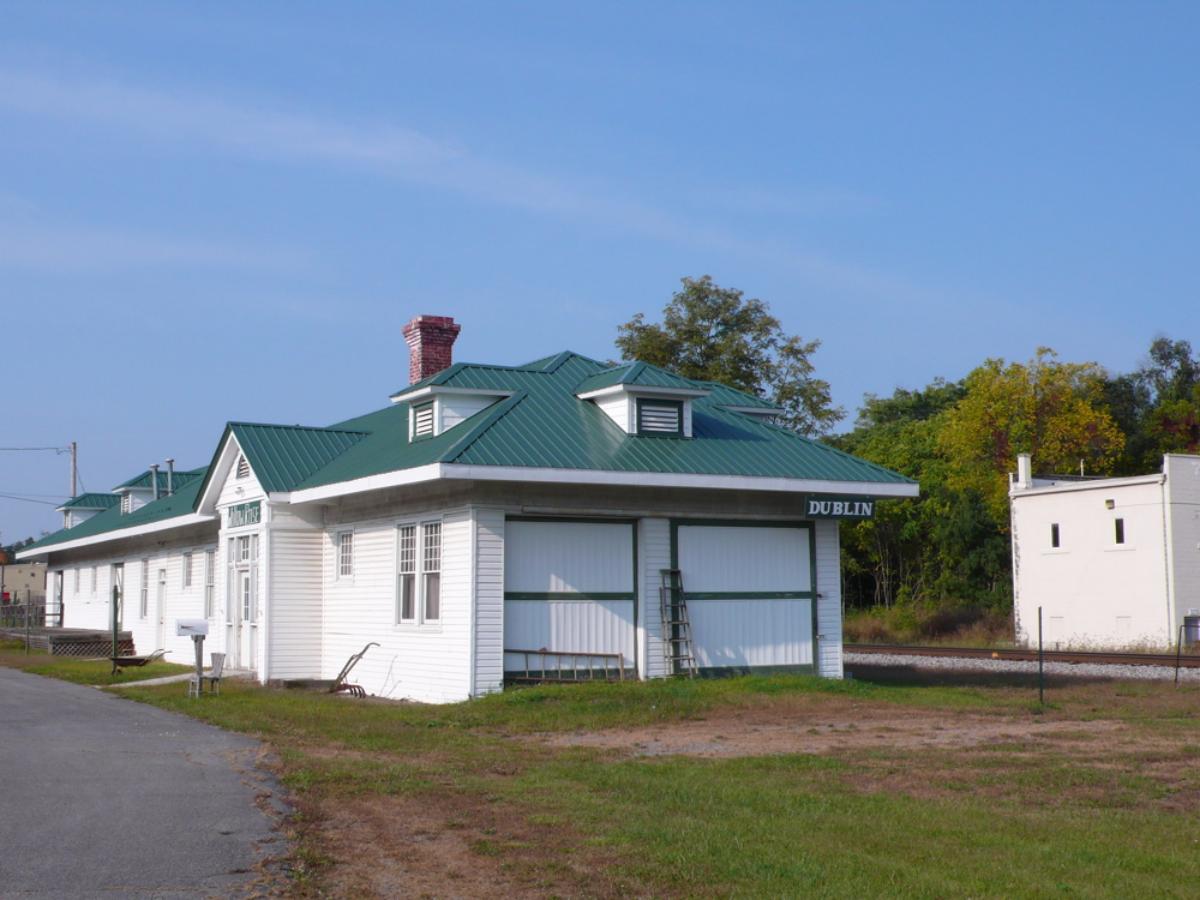 But the U.S. crackdown had limited impact in Latvia, where bankers simply switched from using U.S. shell firms to ones based in the U.K. and New Zealand. Unpublished data from Latvia’s Financial and Capital Market Commission shows U.K. shell companies held nearly 14 percent of the country’s non-resident deposits in 2012; by 2018, that had doubled to 32 percent.

U.S. regulators also seem to have dropped the ball when it comes to the biggest incorporator of such shell firms for Baltic bank customers, International Overseas Services. 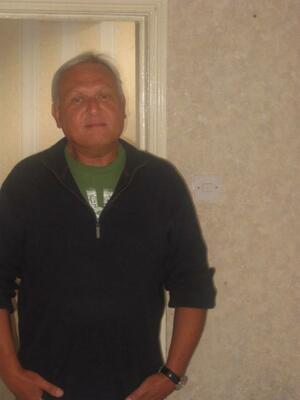 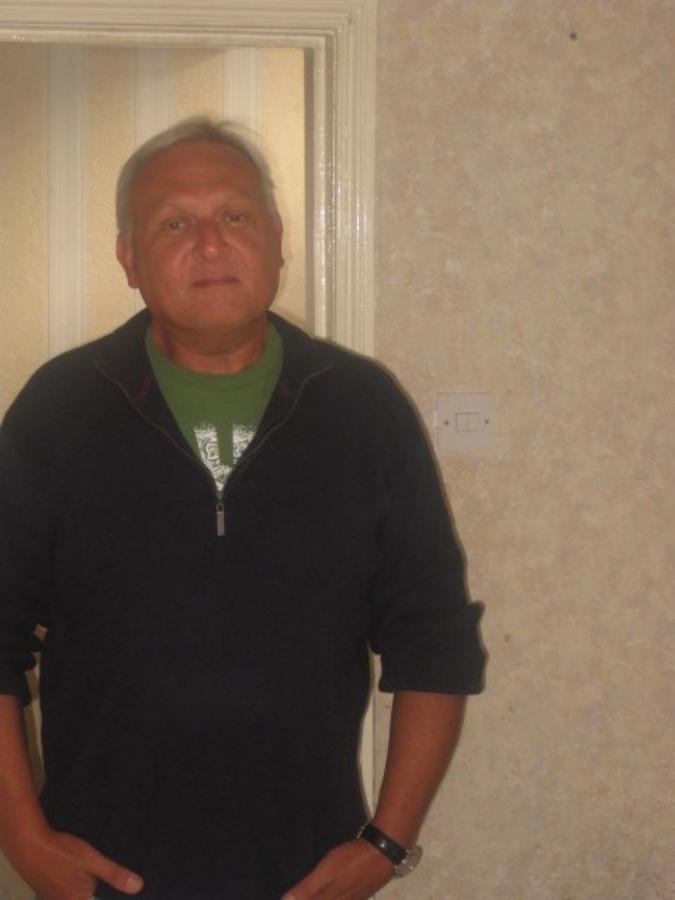 Credit: Graham Stack A picture of Philip Burwell from when OCCRP tracked him down in 2011.

ICIJ’s analysis shows that this organization incorporated almost a quarter of the 2,307 limited liability partnerships and limited partnerships registered in the U.K. between 2008 and 2017 that were flagged in FinCEN Files SARS for possible money laundering.

IOS’ headquarters is officially registered in Dublin, Virginia, a few hours’ drive from FinCEN’s office in suburban Washington, D.C. But its address is listed on Sanford Road, a street that does not exist there.

In fact, Sanford Road was the address of an IOS operation in Dublin, Ireland, the country where the president of the Virginia corporation, Irishman Philip Burwell, was actually based. OCCRP found him there in 2011 while investigating money laundering in Russia and Ukraine.

Burwell dismissed concerns about IOS’s role in the flow of funds out of the former Soviet Union through Latvia in a recent email to the Irish Times.

“The vast bulk of Russian-origin money which has found its way to the West in recent years is simple capital flight money and not derived from criminal activity or corruption,” he said. “Russia is not a secure ‘financial environment,’ in the way we understand, and between 1990 and now a huge amount of ordinary Russians have taken measures to secure some wealth in Western countries.”

FinCEN did not respond to requests for comment for this article.

This article was amended to clarify that the $16-20 billion flowing through Latvian banks every day in 2010 and 2012 was in U.S. dollars. It also clarifies that U.S. correspondent accounts were used to do this.