Businesses that create shell companies as their main line of work are often built using the same secretive procedures they employ on behalf of clients.

They register in offshore tax havens, disguise their ownership, and set up offices that serve as nothing more than mailing addresses. The combination weaves a cloak of anonymity that makes business activity hard to track.

Such was the case for IOS Group, a business that seemed to conjure more than a thousand shell companies from thin air over 24 years, providing registration documents, proxy owners, and corporate officers (in name only) to company after company that became embroiled in financial scandals.

Most recently, OCCRP revealed that IOS Group played a pivotal role in building the Troika Laundromat, an intricate financial web that shuffled billions of dollars through offshore companies on behalf of Troika’s elite clients. The system enabled them to channel money out of Russia, sidestep restrictions in place at the time, evade taxes, hide assets abroad, and launder money.

Starting in 2006, IOS Group created dozens of the companies that comprised the Laundromat and received more than 50,000 euros over six years to keep some of those companies operating. All of the transactions were processed through Ukio Bankas, a Lithuanian lender shuttered by regulators in 2013 for risky lending practices, poor quality assets, and noncompliance with regulations.

Other tendrils tie IOS Group to at least two more Baltic offshore banking giants that have since shut down under pressure: Latvia’s Parex and ABLV.

OCCRP could find no evidence that IOS Group’s owners or staff were aware of the criminal activities of the people who ran the companies they registered. However, IOS Group did take steps that hid its ownership and used various fake addresses in its operations.

In recent years, leaks of offshore financial data have revealed a few details of IOS Group’s history and inner workings. 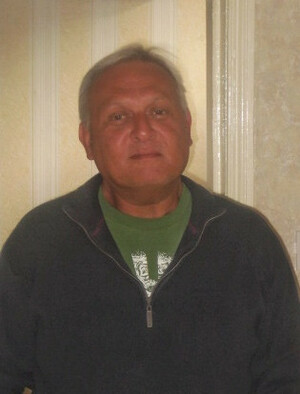 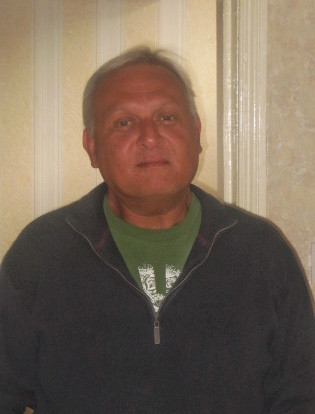 The 2013 Offshore Leaks Database, published by the International Consortium of Investigative Journalists, showed Philip Burwell of Dublin as the company’s intermediary. That listing and other documents that name Burwell as an IOS director or president of IOS in the U.S. state of Virginia make him a key figure in the company’s history.

In a 2011 interview with OCCRP, he said he hadn’t been involved with the business since 2003. Documents suggest otherwise.

Incorporation records in Virginia list Burwell’s street address in Dublin as the location of a company that once controlled the Eastern European operations of IOS Group (though the paperwork places the office in a small Virginia town also called Dublin). The Virginia documents name Burwell as president of the IOS-affiliated company as recently as 2010.

Burwell is also copied on an email sent by an IOS Group employee in August 2006 to the representative of another corporate formation agent. The email listed 30 company names IOS Group wanted to check for availability. All were incorporated the following day. One of them, Quantus Limited Ltd., became one of the Laundromat’s three core shell companies, used not only to send money through the network but also to create still more companies as the Laundromat expanded.

When contacted again this year, Burwell once more asserted that he distanced himself from IOS Group years ago.

“I closed my office in Dublin in 2015 because I could see the way the wind was blowing in the offshore company business,” he wrote in an email earlier this year. “I am now 62 years old and no longer actively involved in the business. I look after a few structures for some old clients, and that’s it.”

Attempts to reach IOS Group through its offices in Ireland and Latvia were unsuccessful and phone calls to the Kyiv branch went unanswered. Shortly after receiving OCCRP’s queries, IOS posted on its website that it had ceased operations in 2017.

A look at IOS Group’s finances reveal another man closely tied to the company.

Leaked transaction records show IOS Group took in $5.3 million from clients and paid out $5.6 million from March 2006 through August 2013. The majority of these outflows were labeled as payments for legal or consulting services, or “business advice.”

By far the biggest recipient was Anderson Consulting Company S.A., which owns Anderson Real Estate and appears to connect back to a Latvian businessman named Arvis Šteinbergs. Through the chain of Anderson companies, it appears Šteinbergs received $3.6 million in payments from IOS, or over 60 percent of IOS’s payments recorded in the Ukio bank account from 2006 through late 2011.

Šteinbergs, who didn’t respond to multiple requests for comment, has other interesting affiliations.

In 2017, he became majority shareholder of the corporate services unit of ABLV, Latvia’s largest offshore bank — only months before the U.S. Treasury’s Financial Crimes Enforcement Network named ABLV as a “money laundering concern,” eventually forcing it to close. 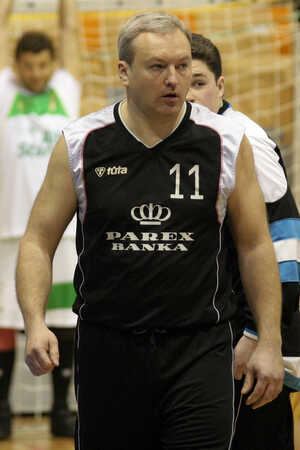 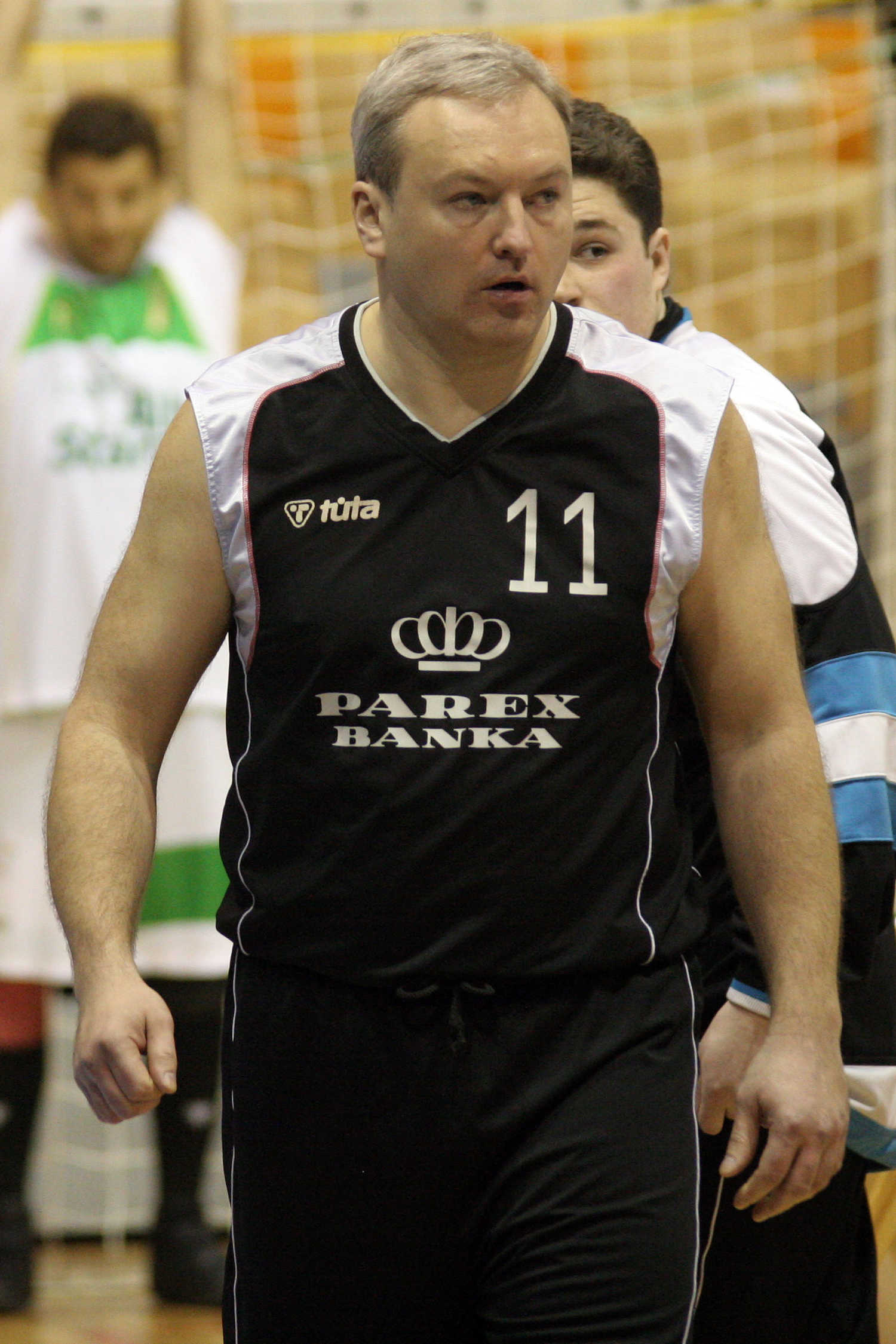 In an interview in 2000 with the Latvian media outlet Chas, Šteinbergs said society is divided into those who have offshore business and those who don’t.

“For those who are acquainted with tax planning, the offshore business is simply a working instrument, like a screwdriver for a mechanic,” he said. “And for them, society’s opinion is unimportant.”

Šteinbergs gave the interview in his capacity as an IOS legal officer for the Baltics and Eastern Europe.

Both Šteinbergs and Burwell have business ties to another man active in the shadowy world of offshore banking: Gints Poiss, one of the first employees of the Central Bank of Latvia when it was re-established after the country gained independence from the Soviet Union in 1991.

Poiss and Burwell were partners with Poiss’ wife in a company that helped Latvians find work in Ireland. Poiss was also a representative for a Latvian internet technology business in which Burwell held a 40 percent stake.

Poiss’ background connects him to an infamous Latvian offshore bank. From 1992 to 2004, he led the advisory board of the country’s first privately owned lender, Parex Bank, and remained a board member until early 2009. The bank collapsed and was nationalized during the global financial crisis at a cost of about 1.7 billion euros to Latvian taxpayers.

Though Poiss said in an interview with OCCRP that he had no link to IOS, property documents revealed in a Ukrainian court in 2011 show that he and Šteinbergs owned IOS’s Kyiv office.

Ukrainian tax authorities raided the premises and identified Poiss and Šteinbergs as IOS officers. (Authorities were investigating the trail of $4 billion moved out of Ukraine in a scheme that avoided taxes and involved shell firms that witnesses said were created by IOS, according to court records. The Kyiv office, in turn, was a branch of the Virginia IOS corporation run by Burwell.)

The investigation seems to be ongoing and the IOS office is closed.