The Irish-Latvian company steadily pumped out the paperwork for shadow businesses that appear to exist only to hide assets and shield owners from global regulators. That infrastructure enabled a litany of suspect financial operations, such as pyramid schemes and a US$2.9 billion slush fund used by Azerbaijan’s elites.

The Laundromat shuffled billions of dollars through offshore companies on behalf of Troika’s clients, many of whom were members of Russia’s elite. The system enabled people to channel money out of Russia, sidestep regulations in place at the time, hide assets abroad, and launder money. It also supplied cash to Russian President Vladimir Putin’s friends and powerful oligarchs, and enabled criminals to mask the illicit origins of their cash.

There is no evidence IOS Group understood the intentions of its clients or knowingly participated in any criminal activity. However, the company was the registration agent of choice for dozens of crooks behind major global scandals. It set up at least 35 of the Laundromat’s estimated 75 offshore companies, providing each with shareholders and directors who were nothing more than proxies to mask the identities of the true owners.

IOS Group appears to have complied with local laws in the countries where it registered companies, many of which don’t demand much documentation on new businesses or require them to have a physical presence.

Companies created by IOS Group have featured in a number of high-level scandals involving tens of billions of dollars in illicit financial activities.

Companies incorporated by IOS Group, such as DelCo Networks S.A., were involved in laundering money from a $230 million tax fraud uncovered by Russian whistleblower Sergei Magnitsky in 2008. Magnitsky later died in police custody.

Suspicious activity reports filed in 2008 by an anti-money laundering officer at Wachovia Bank in the United States detailed more than $40 million of dirty money moving through the Baltic accounts of IOS-incorporated companies. Wachovia appears to have ignored these and other suspicious activity reports until 2010, when it agreed to pay $160 million in penalties for laundering funds for the Sinaloa drug cartel.

In one of the biggest financial frauds in history, billionaire Mukhtar Ablyazov fled Kazakhstan after $10 billion was reported missing from BTA Bank, where he was chairman. He was accused of siphoning almost $5 billion from the bank into a network of offshore companies he controlled, one of which was set up by two companies that shared an address with IOS. Ablyazov was charged with large-scale fraud in Russia, and convicted on three counts of contempt of court in the United Kingdom.

Also in 2008, Somali pirates seized the merchant vessel Faina and discovered it was carrying tanks and missiles destined for war-torn Sudan. The company that owned the Panama-registered ship was incorporated by IOS Group. Sudan was then and still is under a European Union arms embargo.

In September 2011, Ukrainian tax authorities raided a Kyiv office owned by Gints Poiss and Arvis Šteinbergs, two men affiliated with IOS Group. The raid was part of an investigation into $4 billion moved illegally out of Ukraine in a scheme involving IOS shell firms, according to a court order. Police confiscated $114,000 in cash found on the premises.

A 2011 U.S. court judgment found that companies created by IOS Group tricked the Ukrainian government into purchasing overpriced medical supplies, including the polio vaccine. The court ordered the company to repay $60 million to the Ukrainian state pharmaceutical supplier.

In 2015, Pointex Sale LLP, another company created by IOS Group, was used by the bank’s owners to siphon billions out of PrivatBank, once Ukraine’s largest commercial lender. The theft took place during the runup to PrivatBank’s forced nationalization, according to a report by Kroll, a U.S.-based corporate investigation and risk consulting firm.

Shell companies created by IOS Group in the U.K., Panama, and New Zealand moved more than $4 billion in embezzled money out of Ukraine from 2010 through 2014. The registered owner of two of the participating companies told an OCCRP reporter in 2012 that she was a proxy working for the Latvian offshore bank Trasta Komercbanka.

Attempts to reach IOS Group through its offices in Ireland and Latvia were unsuccessful. The company’s website listed contact numbers for offices in Riga, Latvia; Kyiv; and Moscow. The last two are also helplines for depositors of the now-defunct Latvian bank ABLV, once the country’s largest offshore lender. ABLV itself is now liquidating after the U.S. Justice Department described “institutionalized money laundering as a pillar of the bank’s business practices.”

Shortly after receiving OCCRP queries, IOS Group posted on its website that it had ceased operations in 2017, saying it had become impossible for “independent legal offices to continue to work under the same IOS franchise.”

Though many companies created by IOS Group have played a role in illegal activities, the formation agent itself has rarely been penalized. 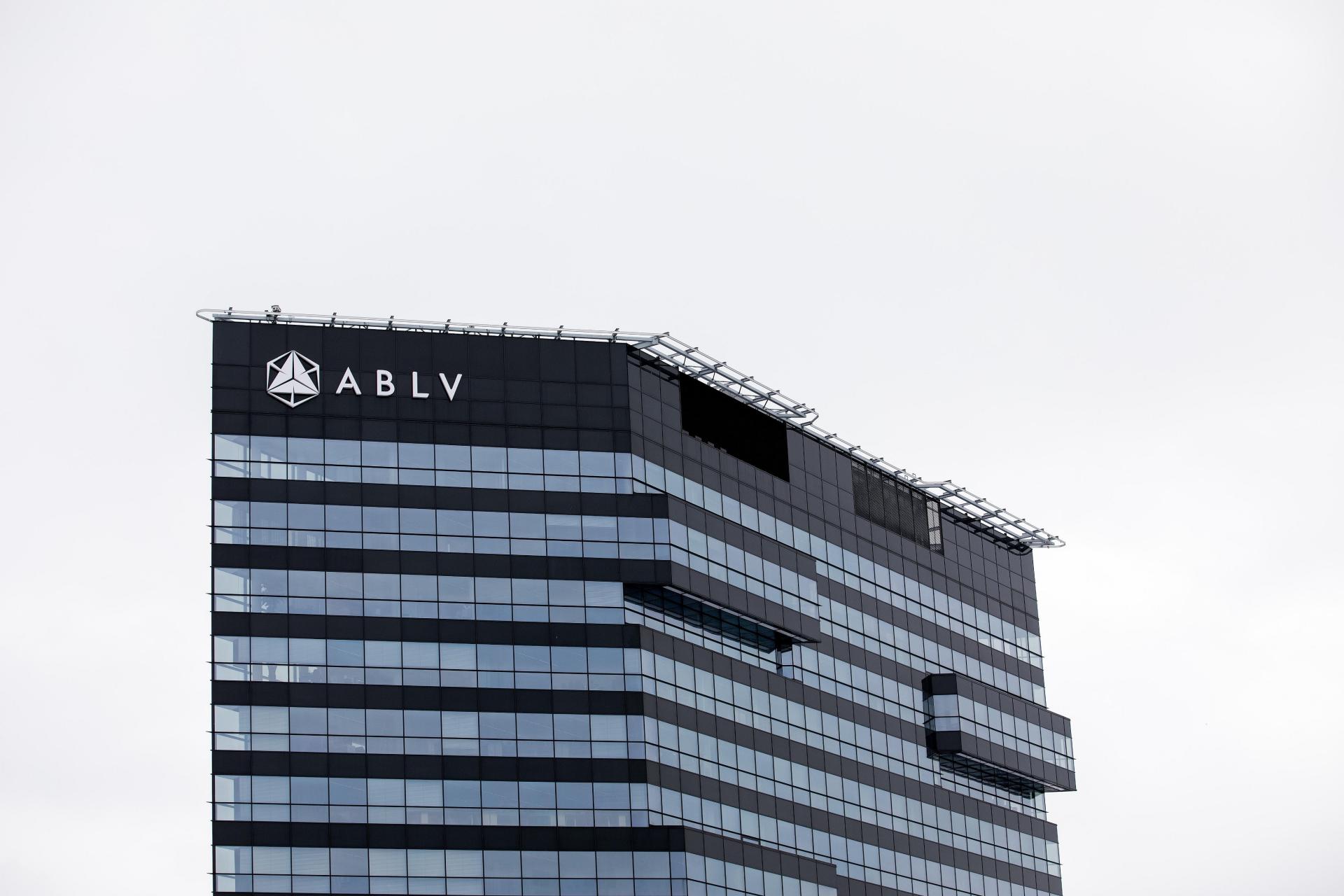 IOS Group was founded in Dublin as IOS Financial Services in 1992. The Soviet Union had just collapsed, and businesses around the world were pursuing opportunities in the newly opened markets.

In the ensuing years, IOS Group incorporated thousands of shell firms in the U.K. and British Virgin Islands alone. Others were registered in Panama, the United States, Hong Kong, Cyprus, and elsewhere.

Its menu of services included registration and fee facilitation, legal services, annual payments for certificates of good standing, and composition of financial statements. In some cases, clients were billed for “ready-made” companies with “full sets” of documentation prepared by IOS Group for use as needed.

Such shell companies, when combined with offshore banking, allow customers to secretly move money out of their home countries and into the international financial system while hiding its origins. They catered to non-residents and were able to process transactions in U.S. dollars.

The IOS Group-created shell companies often kept accounts in the banks of former Soviet Baltic republics. These shell firms became an essential line of business for the banks, and their offshore financial institutions were favorites of Russian criminals.

In 2017, the year before Latvia passed a law banning shell companies from doing business with its lenders, at least 26,000 of them maintained accounts in the country, processing almost $270 billion annually.

Money laundering crackdowns have led to some closures. Latvia shut down Krajbanka in 2011, while Lithuania closed Snoras bank that year and Ukio Bankas in 2013. All were put out of business after alleged fraud.

The European Central Bank shuttered Latvia’s Trasta Komercbanka in 2016; Estonia closed Versobank in 2018 and will close its scandal-wracked branch of Danske Bank by the end of 2019. In February 2018 the U.S. forced ABLV to begin liquidating. That move prompted Latvia’s parliament to ban the country’s banks from opening accounts for shell companies, though the impact on money laundering in the Baltic states is unclear.

Still, Mark Galeotti, a senior associate fellow at the Royal United Services Institute for Defence and Security Studies in London, says the problem is far from solved.

“While the Latvians may have been the worst offenders, the Baltic banking sector as a whole … remains susceptible to money laundering, in part precisely because of their use for various forms of ‘financial logistics,’ not all of which are questionable transactions, but which do provide a cover for them,” Galeotti said.