I started to feel that things were going in the wrong direction in Hungary when, in 2015, one of my closest friends and journalistic colleagues took me aside to tell me something: one of the national security agencies had been trying for months to gather dirt on him through surveillance. Their aim was to force him to cooperate and reveal his sources. Their methods and motives were reminiscent of pre-1989 years. 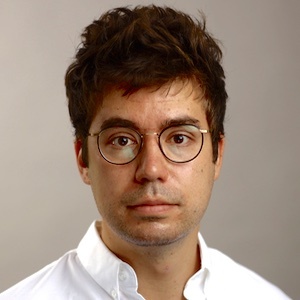 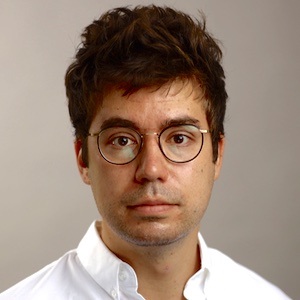 Not long before that conversation, the popularity of the government of Prime Minister Viktor Orbán had plummeted, tens of thousands of people had taken to the streets in protest, and the United States sanctioned multiple Hungarian government officials for alleged corruption. Multiple government sources told us that many members of Orbán’sinner circle were convinced that everything was connected, that the Hungarian opposition, anti-government activists, and even some journalists were all following the CIA’s playbook. Most of those journalists were reporting on high-level corruption, the Orbán government’s increasingly pro-Kremlin agenda, and Russian spies roaming freely in Hungary.

This is what put my colleague in the crosshairs, but his blackmailers made a miscalculation. He absolutely refused to give in to their demands. According to several sources from Hungary’s national security community, this thwarted blackmail effort is why Hungarian security services haven’t dared since then to resort to similarly brutal and Soviet-style methods against journalists. I feel gratitude mixed with guilt, because it was my friend’s persecution that ensured Hungarian journalists could work in relative safety in recent years.

More than half a decade passed. I went on to write many stories on topics related to national security: espionage, arms deals, high-level diplomatic talks with the United States, Russia, or China. I came to understand this world and got used to its peculiar atmosphere. From time to time, I was vilified in pro-Orbán media, labeled as an agent of the CIA or George Soros, but I never really cared. I also reconciled myself to the possibility that the Hungarian state could surveil my communications, especially because I received multiple friendly warnings that I could be a subject of surveillance.

This possibility became reality in the spring of 2021, Frederik Obermaier, an investigative journalist with Süddeutsche Zeitung, quietly asked my boss, András Pethő, for my phone number. Frederik and his colleague, Bastian Obermayer, asked us to set up a secure line of communication. He asked if I would let Amnesty International carry out a forensic analysis of my phone. At this point, it was not very difficult to put the pieces together.

According to Amnesty’s forensic analysis, from the beginning of April 2019 to early November that year – for more than six months – traces of spyware were detected on my device. The Canada-based cyber-research group Citizen Lab performed a second independent analysis of my phone, which produced the same result. I became more relaxed when the analysis confirmed that there had been no spyware on my phone since late 2019. Certainty turned out to be the best way to cure my recurring paranoia.

Soon after, Bastian, Frederik, and Arthur Bouvart from Forbidden Stories – the Paris-based outlet leading the investigation – arrived in Budapest to reveal all the sensitive details. We met in a room of a downtown hotel, where, after greeting each other with elbow bumps as well as performing rapid Covid tests in the bathroom, they finally divulged details about the mass surveillance in Hungary and its targets. The fact that I was among those surveilled, and that the government could have accessed essentially anything through my device, made me feel outraged, ashamed, but also somewhat proud. While the Orbán government simply ignores my official media requests most of the time, it turns out they do appreciate my reporting after all, although their way of showing interest is maybe a little creepy.

"While the Orbán government simply ignores my official media requests most of the time, it turns out they do appreciate my reporting after all, although their way of showing interest is maybe a little creepy."
– Szabolc Panyi

In the hotel room, we briefly reviewed the stories I had been working on during the period I was targeted for surveillance. I’d been writing about the Russian-led International Investment Bank, a follow-up to an earlier story on two Russian arms dealers who were arrested in Budapest, and some new U.S.-Hungarian arms deals. However, our German friends also seemed interested in one of my other stories of that time, although it was more explanatory in nature than investigative. It was a long read on the ever-closer relationship between Hungary and Israel, Viktor Orbán and Benjamin Netanyahu.

Of course, I also came to understand in the following days that this cyber weapon was actually the controversial Pegasus spyware of Israel’s NSO Group, only sold to governments and state institutions, for which the approval of the Israeli Ministry of Defense is always needed.

Like many Hungarians of Jewish origin, I never attached much meaning to the state of Israel. It’s just another foreign country I’ve never seen. My only real tie to Israel is a brother of my grandmother, who went there after surviving Auschwitz and became a soldier. Still, I know it is silly and makes no difference at all, but I would probably feel slightly different if it turned out that my surveillance had been assisted by any other state, like Russia or China.

Süddeutsche Zeitung’s journalists asked Direkt36 to join the project, help identify Hungarian targets of Pegasus, and try to find out who, why, and how the Hungarian government was using one of the world’s most advanced cyberweapons.

Our international partners insisted that I personally take part in the investigation. This is what led to the strange situation of me partly investigating and writing about myself. To be honest, it would be way more hurtful to me than my surveillance if I had missed out on reporting on such an important story: uncovering one of the most serious abuses of power in the history of democratic Hungary.

So we got to work. Immediately, there was a surprise. The first phone number on the list turned out to belong to another Direkt36 journalist. Even more absurd – we happened to be sitting at the target’s desk. Some of his business cards were scattered in front of us, with his targeted mobile phone number printed on them beneath his name: András Szabó.