Editor’s note: Sevinj Vaqifqizi is an Azerbaijani journalist working for Meydan TV, an independent news organization based in Berlin. After her phone number was found on a list of targets selected by NSO Group’s customers, Amnesty International conducted a forensic on her phone. The analysis confirmed it had been infected by Pegasus.

Every night when I was a child, my father would come home with Azadliq newspaper. At the time, it was considered one of the best. When he finished reading it, I’d take it and read it too. I was so curious about how they covered events, described different situations.

When I got older, my parents thought I should become a journalist. My mom would flip through the television channels and say she could imagine seeing me presenting a program. When we applied to university in those days in Azerbaijan, we were given the chance to list our top 10 choices of places to study. I filled in eight of them, and in every slot I wrote the same thing: the School of Journalism at Baku State University. I simply couldn’t see myself doing anything else. My teachers told me it would be better to list another choice, in case my test scores weren’t good enough to get into the journalism school. But my decision was firm: journalism or nothing. 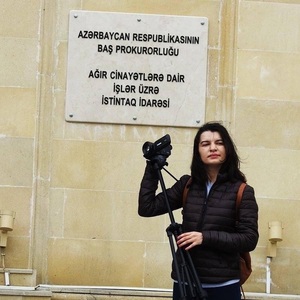 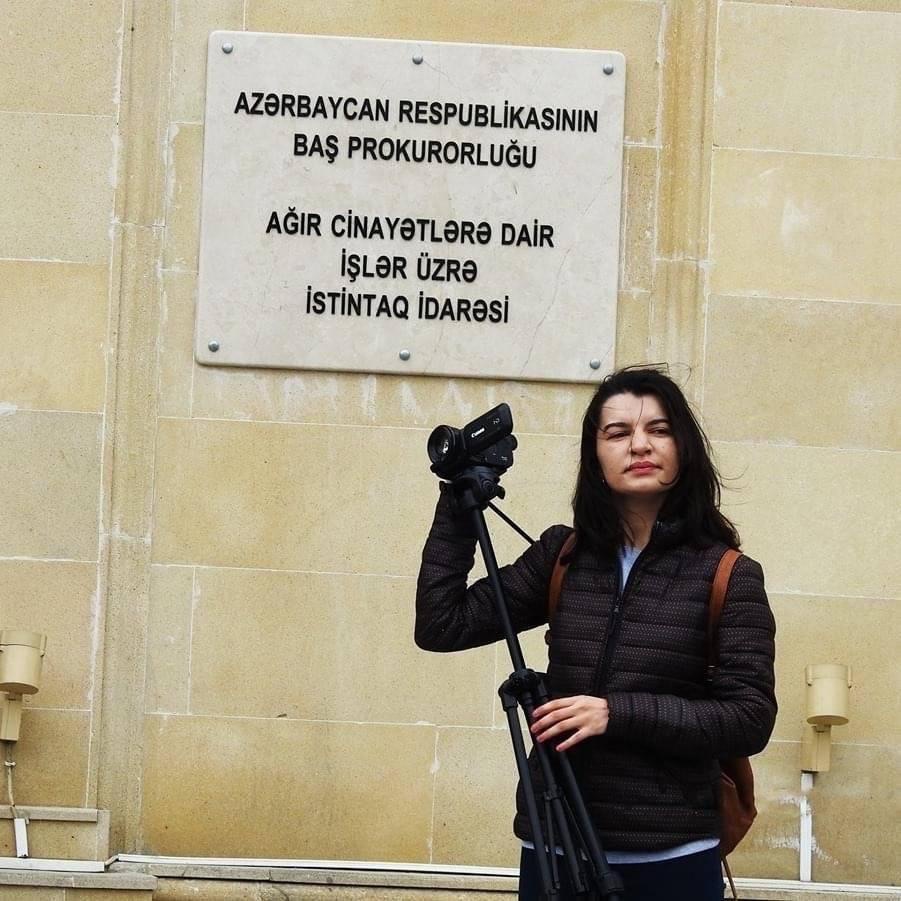 When I was a student, I started to have misgivings about what I saw on television in Azerbaijan. Sometimes, in order to advocate for the government, television programs would humiliate ordinary people or undermine their value. This was very irritating. I thought that people should be respected and their rights should be a priority. I came to understand that what was being said on TV was often a lie, and that all presenters were delivering messages under someone else’s dictate, as a tool of propaganda.

I realized I could never become a TV presenter like my mom wanted for me. But I could still become a journalist.

I started in 2010 and immediately began to write about human rights, political prisoners, property rights, and other social topics. I also published several investigations about corruption. Some of them had an impact and led to problems being solved for ordinary people. After we filmed or published about the problem, the executive branch or officials would come and fix it.

But being a journalist in Azerbaijan means that officials will react to your question in any way but actually answering it. They might threaten you, they might grab your camera and break it, they might leave your phone calls and requests unanswered or hang up on you. 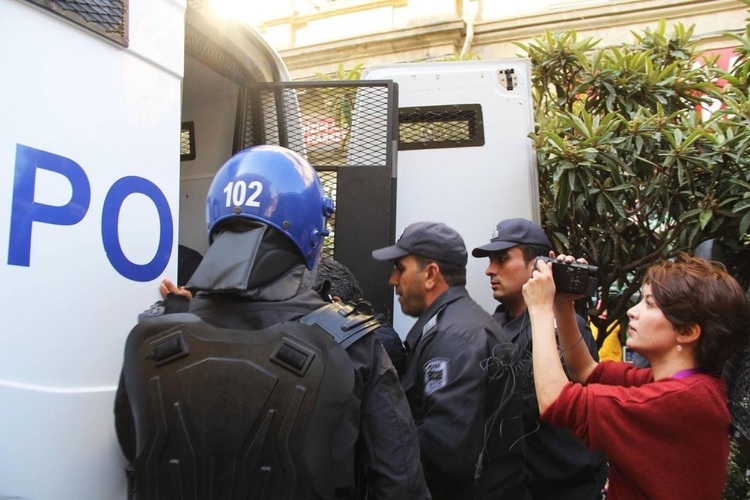 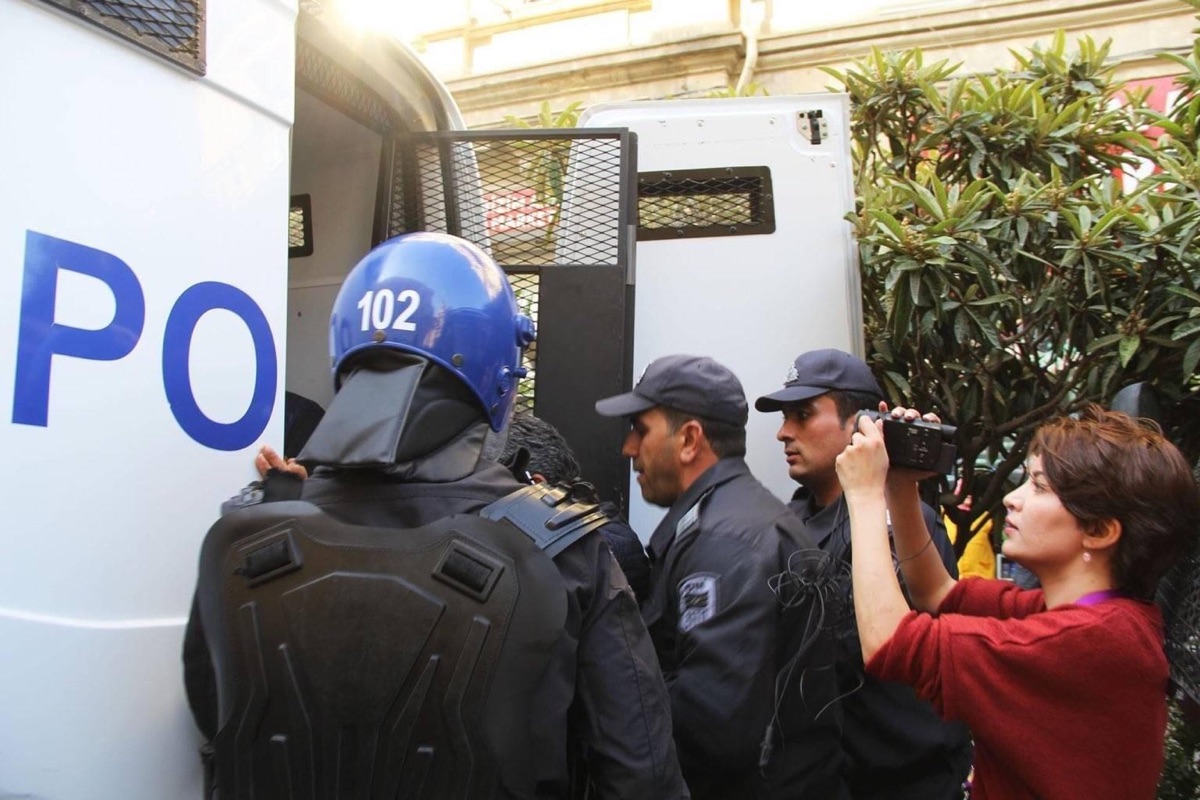 When I had just started working in independent media, this was very scary for me. I thought, “How come the government is able to do all this? How can they torture, harass, blackmail someone?” As the years passed, we got used to it. Fear faded out. Honestly, I don’t feel fear anymore. I know what they can do, and it does not stop me. It is more important to be useful to people.

We continue doing our work and try to do the best, because people need us. People in Azerbaijan don’t have much choice. There’s just a handful of media outlets that cover their problems objectively, telling the truth. We have no right to deprive them of this.

In 2015, I attended a training program in Ukraine and was stopped in the airport upon return. There were three of us there, all contributors to Meydan TV. We were stopped at border control and they told us we have to go with them to the airport police, because a travel ban had been imposed on us. We argued that we were not leaving the country, we were entering it. But they said it didn’t matter and we had to go with them. We were transferred to the Anti-Organized Crime Department in the Interior Ministry. They kept us there the whole night. They interrogated us and told us that there had been a criminal case opened into the activities of Meydan TV and they were investigating it. They told us that our activity in the country was illegal, we were foreign media, and we didn’t have a license to work in Azerbaijan.

But journalism is not a licensed activity, and it is everyone’s constitutional right to acquire and publish information — everyone but us. This travel ban stayed in force for four years. That whole time, I felt like a hostage. It was like being in a prison, with a little more room to walk around. They thought this would make us change our mind and stop working with Meydan TV, but we kept going. What motivates us is seeing that ordinary people appreciate independent media and can tell the difference between what we do and government propaganda. Sometimes I see this attitude even from the government employees. For example, once when I was crossing the border, a customs official asked me why my name was flagged in the system. I explained that I work for Meydan TV and I always face extra scrutiny for that. He handed me my passport and said he wished me all the luck. You can see that people appreciate us and wish us the best.

Journalists uncover facts and make them public. This allows people to see how much is being stolen from them. This is what they are scared of, because it creates a risk of unrest that might lead to a change in government. That is why they harass, organize smear campaigns, arrest, and even kill journalists. But no harassment or killing can change reality or stop people from somehow learning the truth. Yes, you can reduce the number of people doing this job, but it is impossible to hide the truth from the people forever.

I assumed our security service tapped our phones and wanted to get our information. But when I learned about Pegasus, I was astonished. I never imagined they could follow everything I did on the internet and get my private photos or contact lists. It was appalling news for me. Above all, I worried about my sources and some of my colleagues who don’t want it known that they work for Meydan TV.

The government is not only attacking our work lives, but also our private lives. Using this spyware is an unlawful step. The government has an obligation to protect all its citizens, but instead it’s a threat to citizens.