The tax official was also accused of illicit enrichment and purchasing luxury property in Turkey with the help of an associate, Vitaly Astakhov.
Read more

A car smuggling ring linked to cash bribes was uncovered in Vinnytsia, Ukraine. The former head of the Vinnytsia tax office was implicated in the scheme, but the investigation into his involvement fizzled out and he was never charged with a crime.

The ex-tax office head was linked to the scheme via an associate, Vitaly Astakhov, who is shown in leaked documents to have owned offshore companies at the heart of the smuggling ring.

In October 2017, law enforcement raided the apartment of a tax official in the central Ukrainian city of Vinnytsia. There they found a plastic bag with envelopes of cash totalling over $100,000 that had been collected monthly from seven local firms, including car importers.

The importers, prosecutors claimed, were paying kickbacks so tax officials would turn a blind eye to what appeared to be a multi-million-dollar smuggling scheme, in which thousands of used vans and other vehicles were brought into Ukraine with their values significantly under-declared, allowing the importers to dodge customs payments. 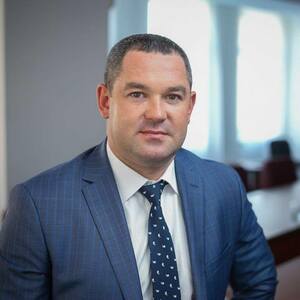 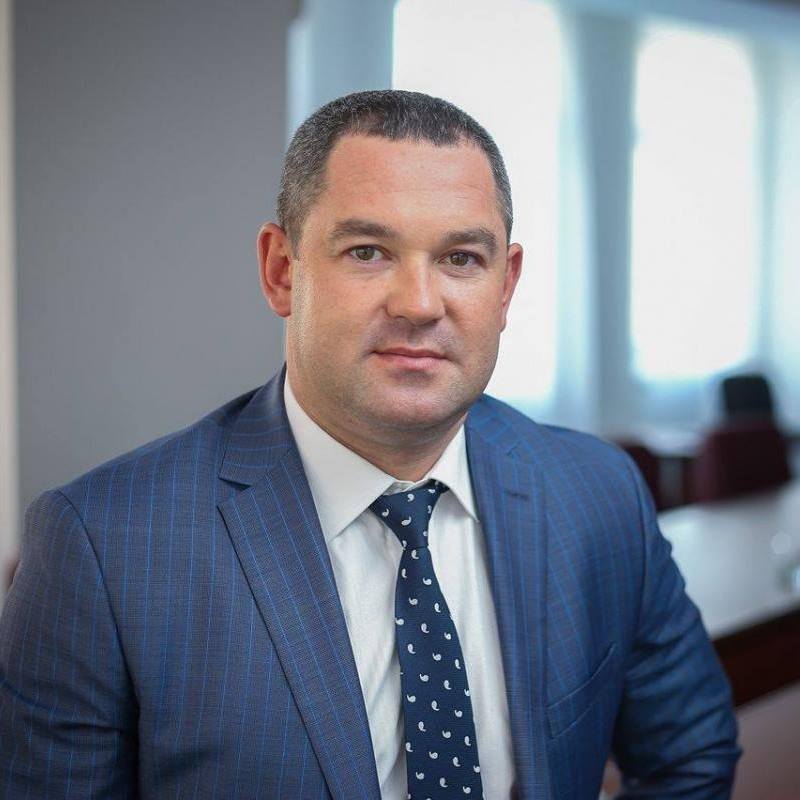 Embarrassingly for authorities, the former head of the Vinnytsia tax office, Myroslav Prodan, was soon linked to the smuggling scheme. He had been promoted to acting deputy head of Ukraine’s State Fiscal Service just seven months before the raid.

Despite the case’s high profile, a slew of investigations into the operation fizzled out, partly because the cars were being sold to local Ukrainian companies by shell companies registered in secretive tax havens like the Seychelles.

One of these shell companies, Madison Motor Factors Limited, sold around 4,000 used vans and other vehicles to a local Vinnytsia firm suspected of smuggling and accused of paying kickbacks. Another, Dinaburg Ltd., moved 1,700 secondhand vans into Ukraine to another local firm that allegedly paid kickbacks, with court records showing that in many cases just a quarter of the vehicles’ estimated purchase values were declared at the border.

Another six local firms also named in the bribery case imported nearly 5,000 trucks and vans into Ukraine in the years before the raid, mostly from the EU. These imports followed a similar pattern, with the local firms buying from offshore companies.

Newly uncovered company data from the Pandora Papers — a leak to the International Consortium of Investigative Journalists of nearly 12 million documents from 14 corporate service providers — sheds light on the network behind the car smuggling, and draws another link between the scheme and ex-tax boss Prodan.

Secrecy laws in the Seychelles may have concealed who was behind Dinaburg and Madison Motor Factors, but the leak confirms they were owned by Vitaly Astakhov, a former banker who had previously been implicated in helping Prodan stash dirty money in Turkey.

The new documents show that Astakhov took over Dinaburg in 2015 from Yurii Chabaniuk, the man suspected of leading the used-car scheme. In 2016, Astakhov acquired Madison Motor Factors from another Seychelles firm. 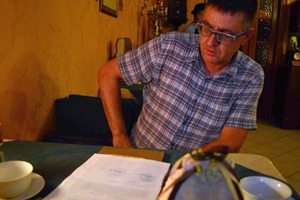 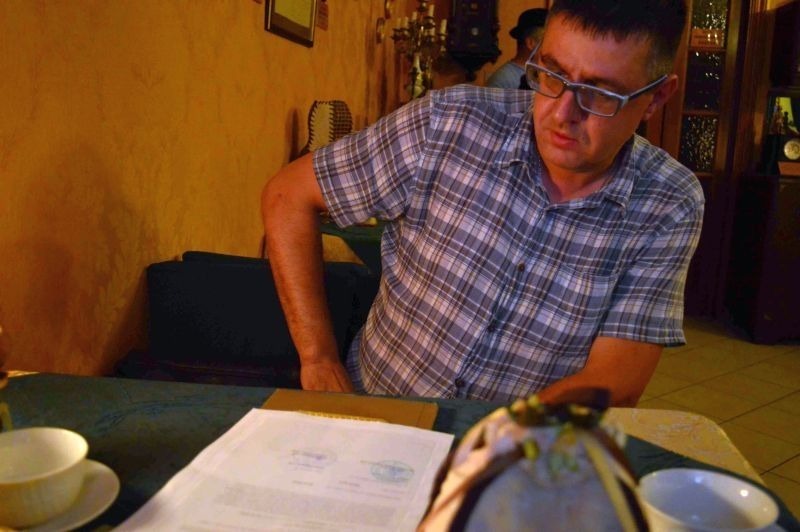 In a 2016 interview, Chabaniuk, who died suddenly at home in 2018 at the age of 42, acknowledged running a vehicle import business, but denied smuggling or evading taxes.

Contacted for this story, Astakhov initially said he did not remember owning Dinaburg and had never heard of Chabaniuk. Later, he admitted that he succeeded Chabaniuk as owner of the company in around 2015 because it was “convenient for car parts trading,” but said he had never used it. He said he did not know anything about Dinaburg’s previous activities or Madison Motor Factors Ltd.

Prodan could not be reached for comment. His former lawyer, Oleksandr Arhipov, said his client had repeatedly denied committing any illegal actions, and believed he may have been prosecuted for political reasons. Arhipov said questions regarding Astakhov and Chabaniuk concerned third parties and he could not respond to them.

Victoria Valkovskaya, the managing director of Alpha Consulting, a corporate services provider that set up Dinaburg, said Alpha was unaware of any wrongdoing linked to the offshore company.

Valkovskaya added that Dinaburg was finally dissolved in 2019, and said Alpha reports “any suspicious activity” linked to its clients to Seychelles regulators.

From Ukraine to Turkey

Although investigators never tied Prodan to the car smuggling ring, he resigned from his role at the tax office in September 2018 and was arrested in Ukraine later that year on charges related to 2.5 million euros’ worth of undeclared luxury property in Turkey, in addition to undeclared properties and vehicles in Ukraine. In 2019 Ukraine’s constitutional court struck down a law that criminalized illicit enrichment by state officials, leading prosecutors to close the case against Prodan.

The new documents revealed in the Pandora Papers will raise further questions for Prodan about the source of the funds he used to purchase these Turkish properties, which he allegedly did with Astakhov’s help.

Leaked videos of the interrogation of key witnesses in the vehicle scam revealed how Prodan allegedly transferred money from Ukraine to Turkey to make the purchase in early 2018.

Astakhov told interrogators his assistant had received cash from a friend of Prodan. The money was transferred from Ukraine to shell firms registered in the U.K. and British Virgin Islands, which then moved the funds to the Turkish account of Prodan’s friend to purchase the villas on his behalf. Astakhov then traveled to Turkey to personally select suitable properties for Prodan, according to his statement.

Astakhov said he had provided the statements in 2018 under duress and denied having acted on behalf of Prodan.

🔗Echoes Of A Similar Scheme

Astakhov told interrogators he used offshore companies to transfer Prodan’s money to Turkey. Years earlier, Chabaniuk was involved in a similar scheme, moving alleged cash bribes out of Ukraine and into real estate via a system of offshores.

Chabaniuk owned a Seychelles shell firm called Berly Trade, according to documents obtained by OCCRP. A previous OCCRP investigation revealed how Berly Trade, which operated from 2014 to 2015, was part of a network of offshore firms that moved tens of millions of dollars out of Ukraine.

That money included alleged cash bribes to the head of Ukraine’s state-owned weapons company at the time, the first deputy prosecutor general, and a leading parliamentarian, among others.

The cash flowed abroad for the purchase of luxury real estate for the top officials in a scam reminiscent of the one Prodan would be accused of a few years later.

Prodan’s former lawyer Arhipov said the defense team had established the “entirely legal origins of the money used to acquire the assets, and questioned their owners, who had no connection to Prodan himself.”

An investigation was opened by the Security Service of Ukraine into at least one Ukrainian firm owned by Astakhov, but its status is unclear.

Last year, Astakhov received a ‘Manager of the Year’ award during a popular annual TV ceremony broadcast nationally. In a number of YouTube interviews, he basked in the spotlight, portraying himself as an IT startup entrepreneur.

Prodan, meanwhile, is trying to relaunch his career, describing himself on his new website as “a Ukrainian statesman and expert on tax and customs policy.”