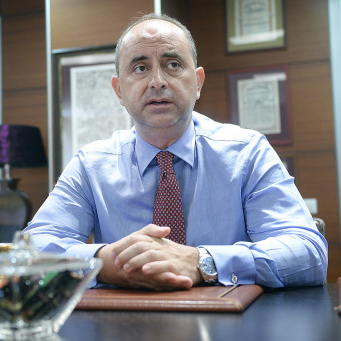 Gabriel Comănescu is a former electrical officer in the Romanian Navy who owns one of the country’s most important oil drilling companies, Grup Servicii Petroliere. In 2009 the company landed a US$ 270 million contract with Russian natural gas giant Gazprom for an offshore gas pipeline in the Black Sea. Comănescu has a fortune estimated by Forbes at over €500 million (about $580 million).

In 2008, three of the drilling platforms–Prometeu, Jupiter and Saturn–were sold for $96 million to three Maltese companies, in a deal that was investigated by prosecutors, who later abandoned their probe. The Maltese registry documents in the Paradise Papers leak now reveal that those companies were owned by Comănescu.

Comănescu did not respond to reporters’ requests for comment, but in a statement to local media, he said that he had moved his operations to Malta because it was easier to receive financing there than in Romania.

For more detail on Comănescu and the Paradise Papers (in Romanian), see this story by OCCRP’s partner in Romania, RISE Project.