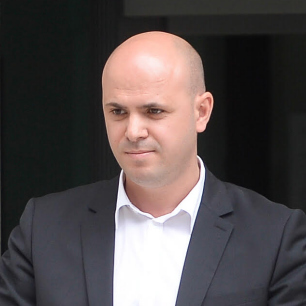 Alexandru Ghiță is a Romanian businessman and brother of Sebastian Ghiță, a former Romanian member of parliament who is currently awaiting trial on charges of money laundering, blackmail and bribery.

Alexandru Ghiță was the owner of Winmasters, an online gambling business that operated without a license in Romania for one year. Despite operating illegally, the business was heavily publicized by a television station controlled by Sebastian Ghiță.

Alexandru Ghiță’s name appeared in the Malta registry as a shareholder in the holding company of WM Interactive Ltd, which in turn was holder of the license in Romania. His partner was Thomas Tzokas, was a Greek citizen with a long history in the gaming industry. Tzokas previously coordinated the Eastern European operations of the Austrian firm Bwin Interactive Entertainment before moving in 2014 to GTECH, now known as International Game Technology, a betting company that holds lotto concessions in Italy as part of a large consortium. In July 2017, Alexandru Ghiță transferred his shares in the Maltese holding company to Redom Ltd., a Cyprus company owned by Tzokas.

Ghiță did not reply to a request for comment.