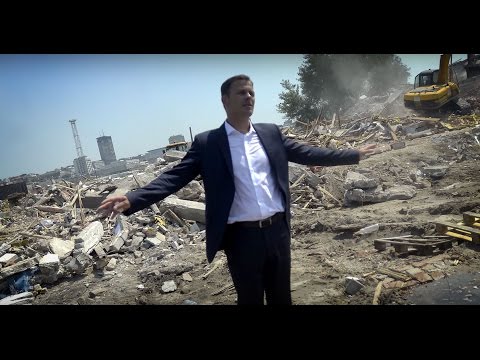 Problem is, the land wasn’t the company’s to give, but was still owned by the state, making the transfer illegal. Yet the Mali family kept the land for at least 8 years despite multiple prosecutions of people related to the case. It is unclear whether they are connected to the land’s current owner, who could not be located for comment.

Plant for the production of compost for mushrooms in Vrsac.

The company in question, Alfa Protein, was privatized starting in 2002 when Mali was an official at the state Agency for Privatization.

The land sits at the edge of the town of Vrsac in Vojvodina in Serbia’s northeast, near the Romanian border.

Alfa Protein was privatized by its director, Srđan Gajić, after he bought it at a state auction. At that time Mali worked for the Agency for Privatization as the director of the Center for Tenders, which dealt with larger companies. The privatization did not include the 10 hectares of prime agricultural land in question; it had long been used by the company but was not owned by it.

However, in 2005, Gajić allegedly sold the land to a private company, even though he had no legal right to do so. The “buyer” was the Compost Group, part of a holding company named Ferdi Genetics that was majority-owned by Sinisa Mali’s father, Borislav Mali.

A purchase agreement says the land was sold for € 12,000 (US$ 16,000). However, court and company records indicate no money was ever actually paid for the land.

In 2009, Alfa Protein went bankrupt. Workers complained that the company, once a successful grower of alfalfa, had been gutted by Gajić through deals with other companies in which he held an interest. A local prosecutor charged him for abusing his authority by illegally transferring the 10 hectares of land to the Compost Group.

As Alfa Protein was filing for bankruptcy, Ferdi Genetics was being transferred by Borislav Mali to his son Sinisa at no cost. A few days later, Sinisa Mali sold Ferdi Genetics to an offshore company called Alessio Investment from the British Virgin Islands (BVI) for € 525,000 (US$ 772,000).

It was a deal in name only. Reporters for KRIK and the Organized Crime and Corruption Reporting Project (OCCRP) discovered that the director of Alessio Investment is, in fact, Sinisa Mali. Alessio Investment listed its representative office at the same address as Mali’s apartment in Belgrade, and his wife as the representative. It is not clear why Mali would charge himself half a million euros for his own company, or whether the payment was ever made. Similar types of transactions often involve money laundering or tax evasion. 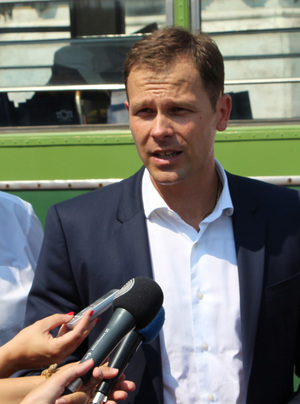 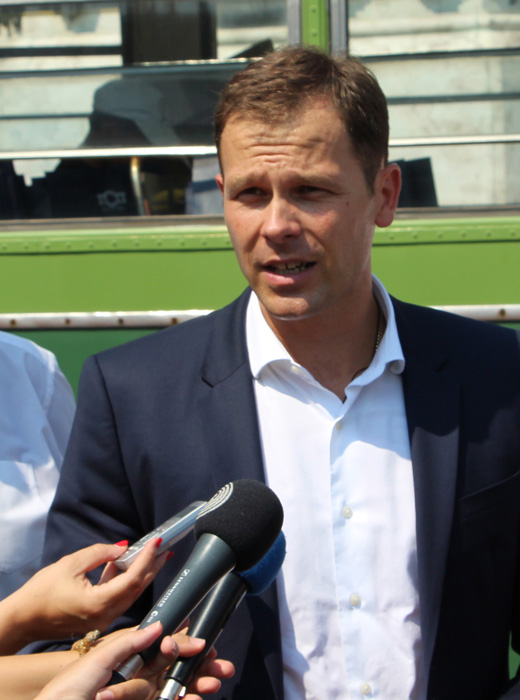 In late 2012, Mali became one of the most influential persons in Serbia, when Aleksandar Vucic’s Serbian Progressive Party (SNS) formed a government. In January of 2013, he became Vucic’s economic advisor, specializing in deals with the United Arab Emirates. In April 2014, he was appointed Mayor of Belgrade by Vucic’s government.

Mali’s role in the Alfa Protein transactions remained unknown as Gajić, the man who sold the land, was sentenced in 2015 to two year’s probation. The land is still controlled by the Compost Group and the state never ordered the property to be returned. It is being used to produce compost, organic matter used to grow mushrooms.

When Gajić was on trial, Predrag Mali was one of the witnesses in the case.

On Feb. 9, 2012, Predrag Mali testified that he was not involved in the deal, since at that time he was not director or in the ownership of the Compost Group, noting that Ferdi Genetics was “a company whose sole owner is my brother, Sinisa Mali.”

Pedrag Mali also testified that the Compost Group, after it claimed to become the owner of the land in 2005, promptly used the land as collateral for a loan. The state-owned Komercijalna Banka estimated the value of the land to 10 million dinars (€ 123,000 or US$ 158,500). The money was used to build an additional structure on the land.

The former long-time director of Alfa Protein, Lazar Mazmanidis, told OCCRP/KRIK that the company had once been a successful alfalfa producer which grew more than it could export and sell. 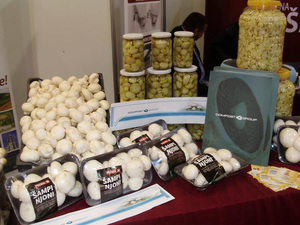 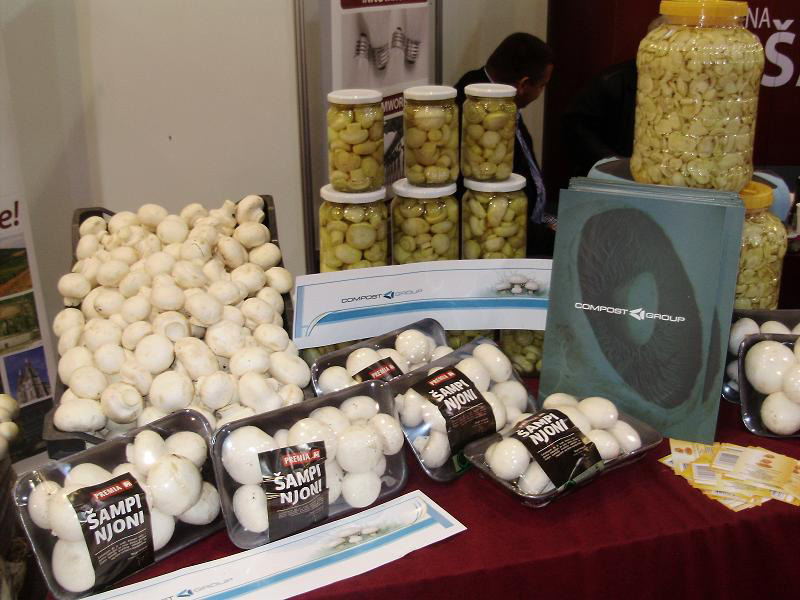 The stand of Compost Group.

He said he had hired Gajić temporarily as a favor to an acquaintance so he could gain job experience, but came to regret it as Gajić was not the best worker. “His policy was to talk, not to work.”

Mazmanidis said that after he resigned in 2001, Gajić was appointed director of Alfa Protein and new problems began. Workers complained that Gajić avoided calling assembly meetings where the workers, many of whom were minority shareholders, could express their opinions. They said he didn’t care what union members thought.

Alfa Protein had already been struggling financially since at least 2000 when it flirted with bankruptcy. Then, in 2003, it was auctioned off by the state and Gajić, together with two other workers, bought it for less than € 18,000 (US$ 19,900). Mali was an official at the time in the state Agency for Privatization.

Two years after the purchase, Gajić allegedly illegally transferred the land to the Compost Group and then, in 2009, Alfa Protein went bankrupt. Today, the company is in process of shutting down.

A workers’ union called for an investigation into Gajić’s activities, and two were eventually launched in 2007 and 2011 by the state prosecutor in Zrenjanin and a prosecutor from Vrsac.

In the first case, prosecutors said the land was state-owned and Compost and Alfa Protein acted illegally by buying and selling it. They asked the court in Vrsac to return the land to the state but the court never acted.

Instead, the second case started by the prosecutor in Vrsac looked only at Gajic and left out the politically connected Compost owned by Mali. In that case, the court did not consider the fact that the land was state-owned but rather only that Gajić failed to deposit the proceeds from the sale into the Alfa Protein bank accounts and thus harmed the company. The court concluded that no money had been paid and that he “grossly violated” his power in disposing of the property and he hurt the company.

At the trial Gajić did not present a defense. After a long court procedure, he was sentenced in May 2014 to a year’s probation. Gajić appealed, but the verdict was upheld in February 2015.

Gajić was also, in a separate 2008 case, charged for violation of tax laws, OCCRP/KRIK discovered. In that case he was sentenced to three months’ probation and a fine.

However, despite all these processes, Mali’s Compost Group kept the land. There is no court process ongoing to recover the state land from the company, which no longer officially belongs to the Mali family. Before taking the mayor’s position, Sinisa Mali transferred the ownership of Ferdi Genetics to a man named Ivica Đolić in mid-2013. Reporters from KRIK and OCCRP could not locate Đolić. It is not clear what Đolić paid, if anything, or if he has connections to Mali.

A Mayor Helps a Father
The Mayor's Hidden Property