Nicaragua is home to lush forests filled with unique wildlife, including part of the second-largest rainforest in the Americas. But rampant deforestation is destroying these natural habitats at a faster rate than anywhere else on the planet, according to UN figures analyzed by Our World in Data, a nonprofit initiative directed by academics at Oxford University.

One of the key enablers of this destruction, which is undermining the global effort to combat the threat of climate change, is a culture of nepotism and corruption inside Nicaragua’s autocratic government.

The government of President Daniel Ortega is enabling an environmental disaster with far-reaching consequences.
Read more

Deforestation rates have nearly doubled since 2014, when the national forestry agency, Inafor, was brought under the direct control of President Daniel Ortega’s office as part of a broader consolidation of his power. One expert said the body now operates through systems of patronage controlled by Ortega and his wife, Vice-President Rosario Murillo, much like an organized crime syndicate.

“In the end it turns into total deforestation,” said Amaru Ruiz, director of the Nicaraguan environmental group Fundacion del Rio.

OCCRP investigations reveal how Murillo used her influence at Inafor to intervene on behalf of politically connected companies, including one owned by a Sandinista congressman that’s been accused of exploiting its indigenous workers, and another that has reportedly funnelled money to the first family.

Experts say this kind of corruption in the central government creates an environment of criminality that drives illegal deforestation.

“When there are such high levels of corruption at the national level, it is really allowed for this kind of destruction to take place,” said Anuradha Mittal, the founder of the Oakland Institute, a U.S. nonprofit.

What’s the political situation in Nicaragua?

In mid-2021, Ortega’s government launched a crackdown targeting journalists, activists, and political opponents, in what has widely been seen as an attempt to stifle dissent ahead of presidential elections in November.

Reports of arbitrary detentions, harassment and even torture by police have drawn a wave of criticism from human rights groups and governments. The U.S. and EU both imposed sanctions in response, targeting Ortega’s relatives and senior officials in his administration.

Thousands of people have fled the country in what is reportedly the largest exodus from Nicaragua since 2018 — the year student demonstrations against government inaction over a huge forest fire snowballed into massive national protests. Police responded with a campaign of violent repression that left more than 300 people dead and 2,000 injured.

Since then, Amnesty International says Nicaragua has been in the grips of a human rights crisis. National police, military and “parapolice” forces (non-uniformed, armed groups who wear masks to conceal their identities) stand accused of a litany of abuses, including extrajudicial killings, arbitrary detention, forced disappearances, and torture.

Freedom of expression, association and religious belief are also under threat, with attacks and acts of harassment against journalists, civil activists and even church officials.

“The systematic persecution and suppression of dissent ... have resulted in a climate of widespread terror, frustration and despair within the population.”
– UN Office of the High Commissioner for Human Rights, August 2018

Who are the Sandinistas?

The ruling Frente Sandinista de Liberación Nacional party emerged in the 1960s as a coalition of guerrilla groups from within the popular leftist movement against the longstanding conservative dictatorship of the Somoza family. 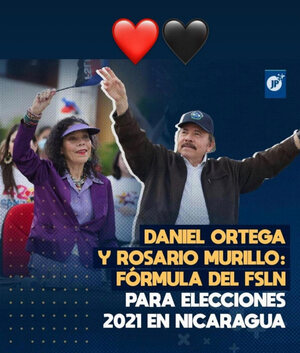 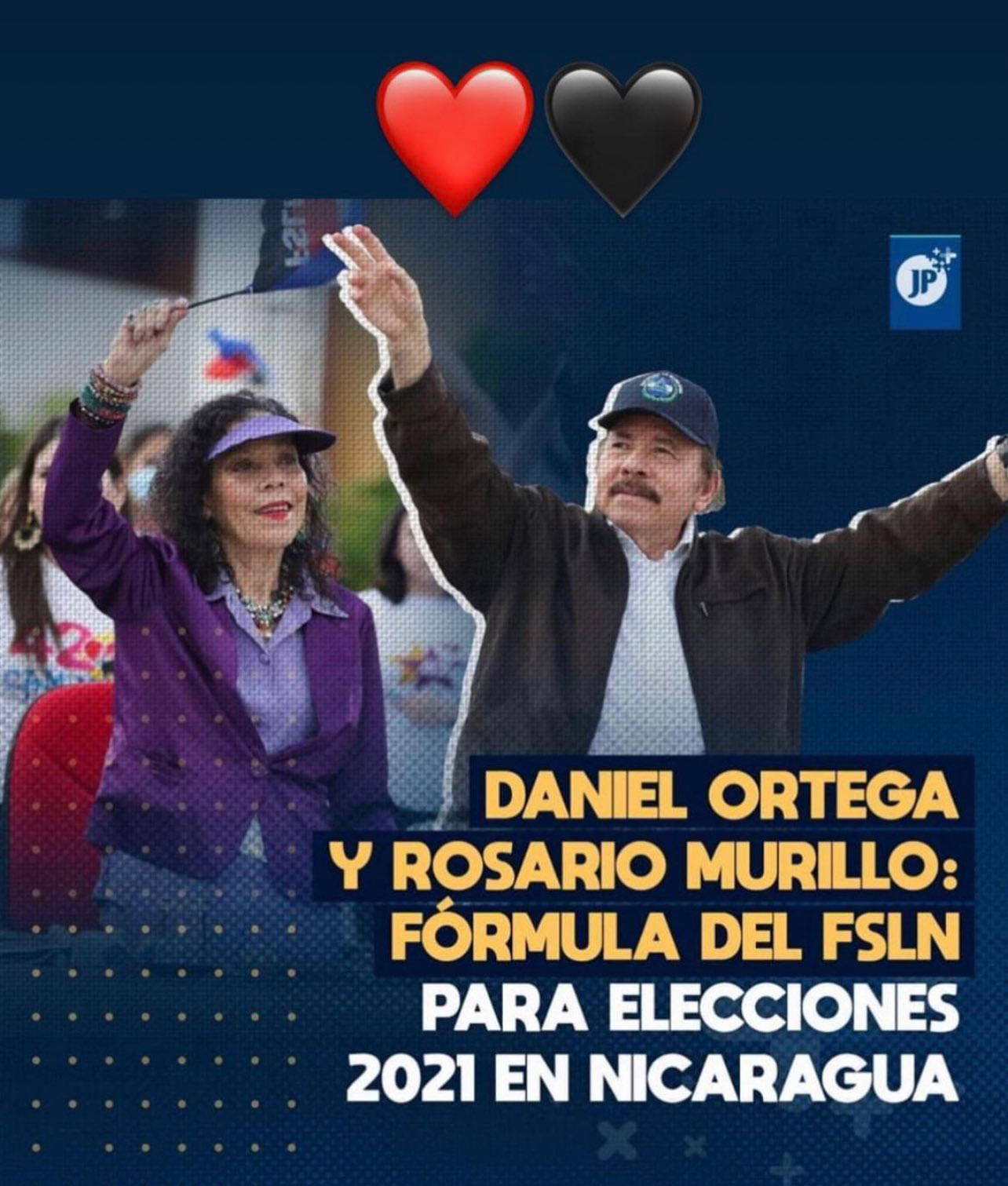 After toppling the Somoza regime in 1979 — known as the Nicaraguan Revolution — the Sandinistas became the ruling party under the leadership of Daniel Ortega. Opposed to their socialist ideology, the U.S. soon imposed a trade embargo and began providing funding to nationalist rebel militias known as the Contras.

Perhaps the most famous scandal to arise from the U.S.’s support of these groups was the Iran-Contra affair of the late 1980s, when officials acting on behalf of the administration of U.S. President Ronald Reagan facilitated the illegal sale of arms to the Islamic Republic of Iran in an effort to raise funds for anti-Sandinista forces.

The son of a peasant-army veteran, Ortega was beaten at the polls by a U.S.-backed coalition in 1990, but returned to office as president 16 years later. Since then, the UN Office for the High Commissioner for Human Rights says Ortega’s government has expanded its powers, resulting in “lack of independence of the judiciary and the national human rights institution, recurrent allegations of corruption and electoral fraud and media censorship, and high levels of impunity.”

What threats do reporters, environmental activists and indigenous communities face in Nicaragua?

Nicaragua has dropped 50 places on the World Press Freedom Index in the last seven years. Between March and July 2021, the Nicaraguan Independent Journalists and Communicators Association recorded 351 attacks and acts of harassment against the country’s media.

Press organizations have been subject to raids and arbitrary state audits, and faced interruptions to the supply of crucial printing materials, while reporters face physical violence, death threats, defamation campaigns, and arbitrary detention, according to Reporters Without Borders.

Journalists say the climate of fear and intimidation has made it almost impossible to investigate environmental crimes. Reporters who worked on OCCRP’s investigation into a leak of Inafor data faced roadblocks at every turn, with sources fleeing the country, too scared to speak, or in one case reeling from an assassination attempt.

Osorno Cóleman, a one-time foe of the dictatorial Ortega regime, joined forces with the government as top officials aided a forestry company in which he secretly held shares.
Read more

“Before, you found a lot of journalists making inquiries, looking for institutions and officials to interview,” said Christopher Mendoza, an environmental journalist who worked with OCCRP on this project but fled Nicaragua after being called to testify in a money laundering case that he feared may be used to falsely implicate him.

“But today there is a fear of going out to report, because if you are a journalist reporting openly you could be a victim of repression by the regime.”

Another environmental researcher, who also asked not to be named for fear of reprisals, added: “In Nicaragua we are going through a very, very tough situation. The level of repression has increased. There has been a hunt for opponents. Researchers are not exempt.”

It’s not only journalists who have been targeted by the regime. Twelve people were murdered last year while trying to protect their land and the environment, according to environmental NGO Global Witness, making it the deadliest place in the world for them, by population.

NGOs have also warned of increased violence against indigenous communities by colonos — land grabbers who illegally take over their protected territories for ranching or mining.

Government officials are accused of being complicit in such takeovers, including handing out invalid forestry permits and sidestepping community bodies to award native land concessions to internationally backed mining companies.

“When you have cultures of corruption, you have expectations of impunity. And that leads to human rights abuses,” said Ryan Berg, a senior fellow in the Americas program at the Center for Strategic and International Studies.

Why do Nicaragua’s forests matter?

Nicaragua boasts some of the world’s most unique and diverse natural habitats.

To the south there’s the Rio San Juan Biosphere reserve, made up of bountiful ecosystems including humid forests, wetlands, and coastal lagoons that provide crucial shelter to a wide variety of rare and threatened plant and animal species.

The Bosawás Biosphere reserve, in the northeast, contains part of the largest rainforest in the western hemisphere after the Amazon, and has been described by UNESCO as the “richest biome on the planet.” Known as “the lungs of Mesoamerica,” the Bosawás forest also plays a vital role drawing carbon dioxide out of the air, helping to slow the pace of global warming.

Indigenous tribes, including the Miskitu, Mayangna, Ramas, and Krioles peoples, have inhabited these lands for many thousands of years, and continue to play an important role in the conservation of these natural habitats.

Halting deforestation is a key focus of the COP26 summit this month, where world leaders will debate global efforts to stop climate change. Last year the destruction of the world’s rainforests rose sharply, releasing double the amount of carbon as all the cars on the roads in the U.S., according to data from the University of Maryland analyzed by Global Forest Watch.

This year the U.N. secretary general has warned it is “code red for humanity” in the fight to curb global warming.