When OCCRP reported that former Afghan President Ashraf Ghani had granted access to a company, part-owned by his brother, the rights to buy illegally mined artisanal chromite across Afghanistan, the government was outraged.

Shortly after the investigation was published in April last year, Afghanistan’s Ministry of Mines and Petroleum released a statement denying it had signed any such deal, and calling the investigation’s findings “baseless” and “untrue.”

Now documents published by the very same ministry show the company started collecting chromite while Ghani was in office — and raise fresh questions about the former president’s knowledge of his brother’s involvement in the deal.

OCCRP’s previous reporting showed Ghani’s brother, Hashmat, held a hidden 20 percent stake in Southern Development, a subsidiary of a Virginia-based military contractor that in 2019 won the right to buy chromite from miners across Afghanistan. At the time, it was not clear how much the deal was worth, or whether the company had actually obtained any minerals. 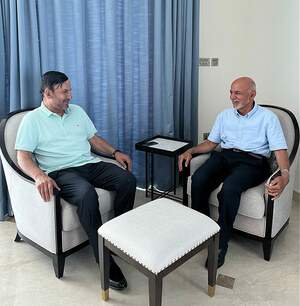 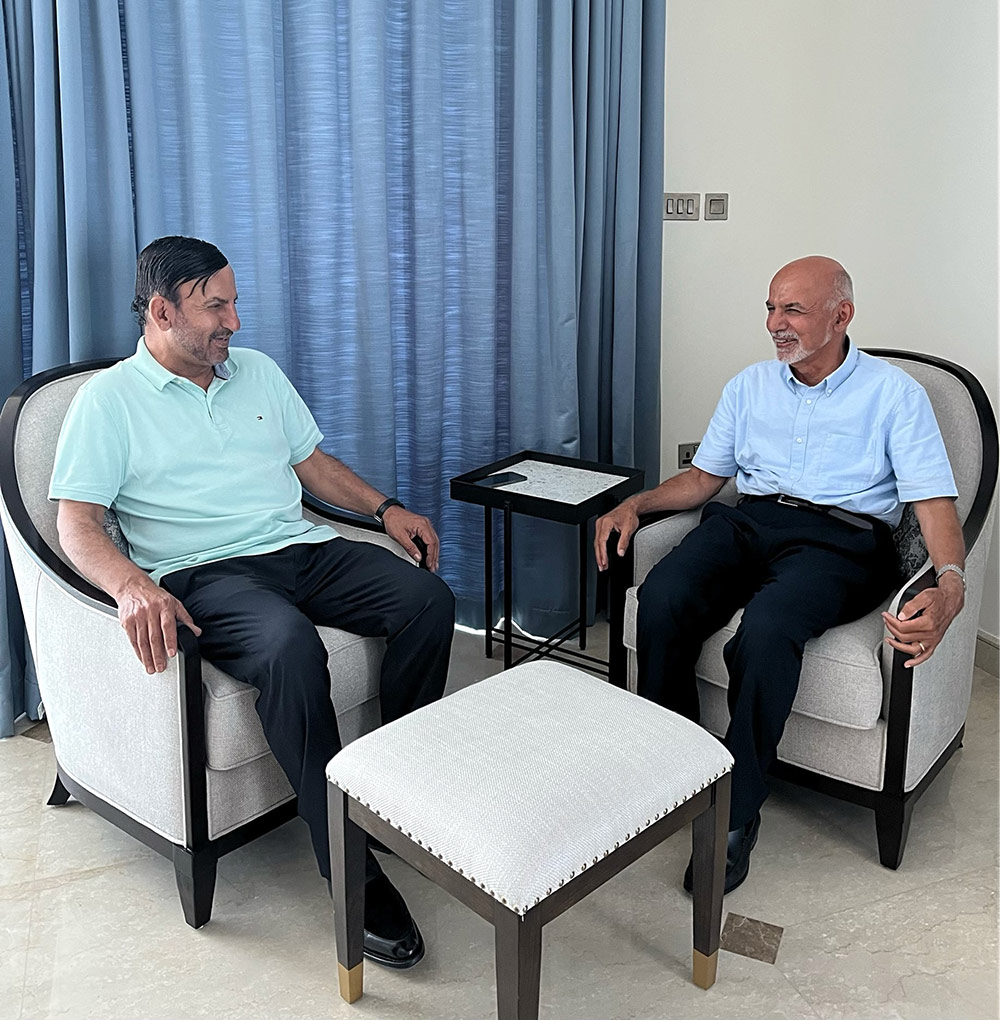 Documents posted to the Afghan Ministry of Mines and Petroleum’s website show Southern Development received at least 1.1 million kilograms, or about 1,200 short tons, of chromite that had been confiscated from artisanal miners. They also show that it requested approval to obtain up to 200,000 tons of chromite, which would likely have been worth up to $120 million at the time.

Among the documents are minutes from a briefing for the former president, which state that Southern Development was 20 percent owned by unnamed “Afghans.”

Ikram Afzali, the executive director of Integrity Watch Afghanistan, an anti-corruption organization, said the documents raised questions about how much Ghani knew about his brother’s role in the company, and when.

“There’s no way he would approve a contract and not know the details of it,” he said.

The documents were made public shortly before the Taliban seized Kabul in August last year, although it is not clear exactly when they were posted online. Since then, Ashraf Ghani has fled to the United Arab Emirates, while his brother has pledged allegiance to the new Taliban regime. Southern Development’s website is now offline. According to the Taliban government’s Ministry of Mines, Southern Development no longer has any mineral contracts. 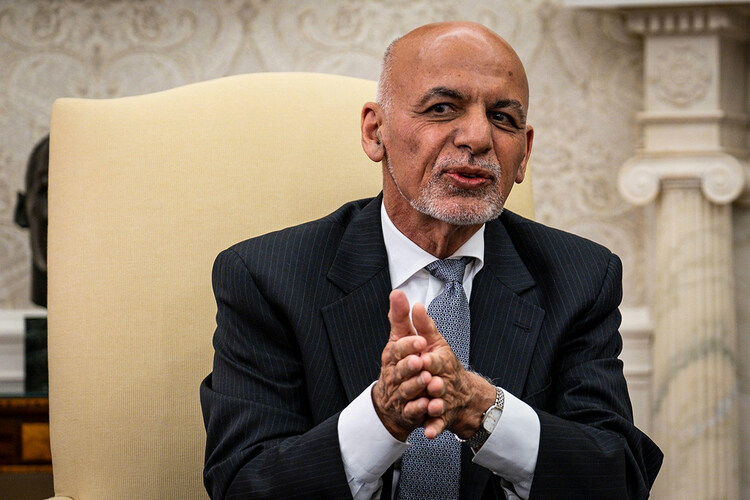 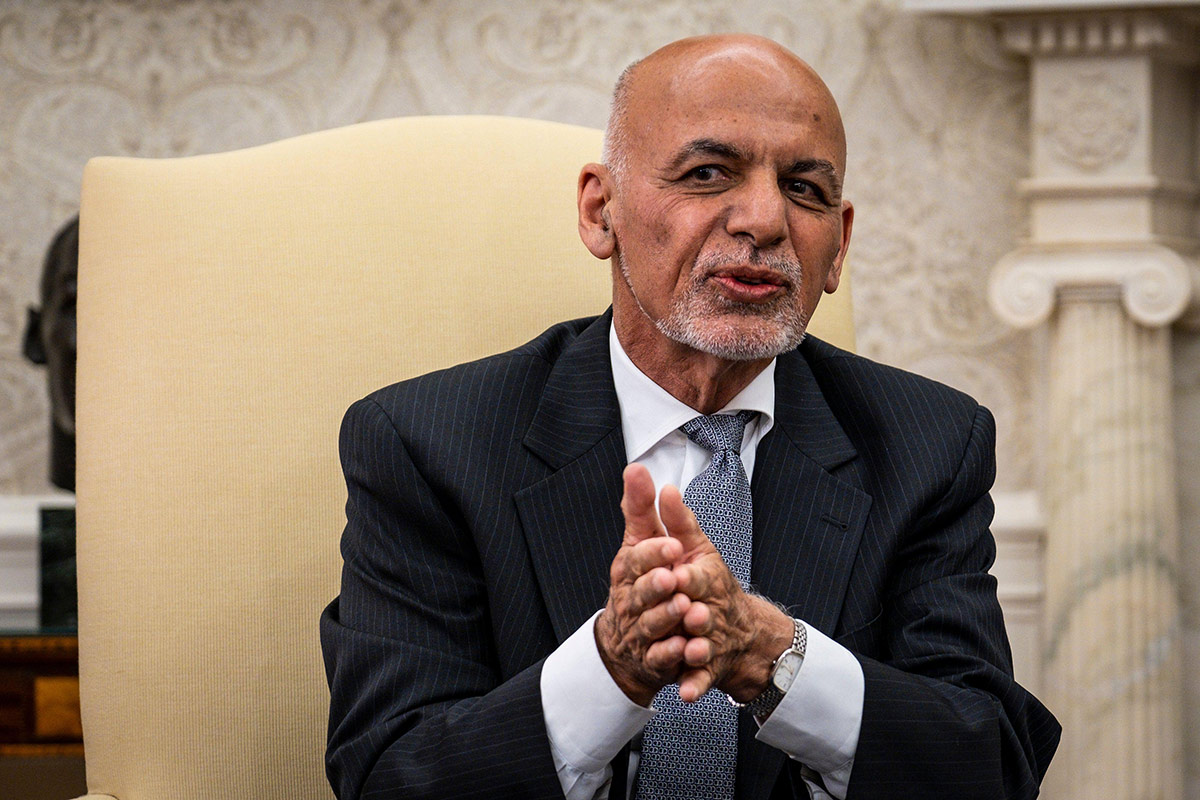 The Ministry of Mines and Petroleum has previously denied any wrongdoing in the handling of the contracts.

In the years before the fall of Kabul, American and Afghan leaders had been planning to develop Afghanistan’s extensive reserves of gold, lithium, uranium, and other mineral riches, thought to be worth at least a trillion dollars.

The theory — originally promoted by a Pentagon task force — was that a more robust mining sector would provide jobs and help to turn the warlords who controlled the mines into business owners. On the ground, the sector was chaotic and rife with violations. Former Special Forces Officer Mike Perry, who participated in task force missions to Kunar province, in Afghanistan’s northeast, said that during the time of the U.S. occupation he saw Taliban-run chromite mines where artillery shells were used to blast rock apart. 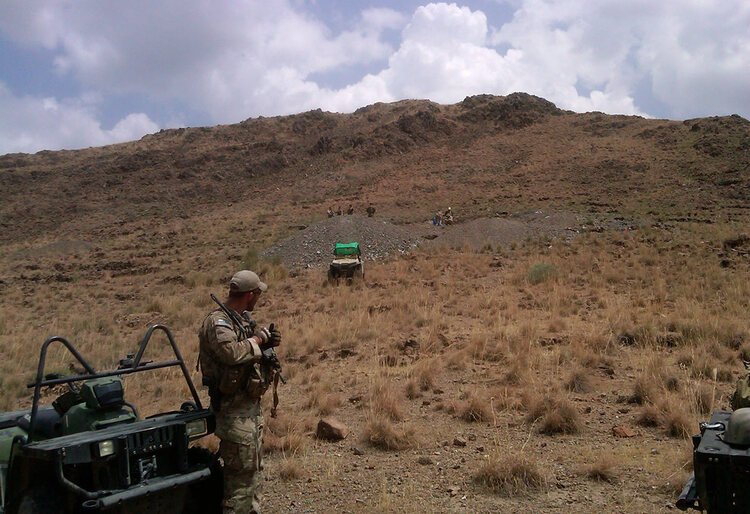 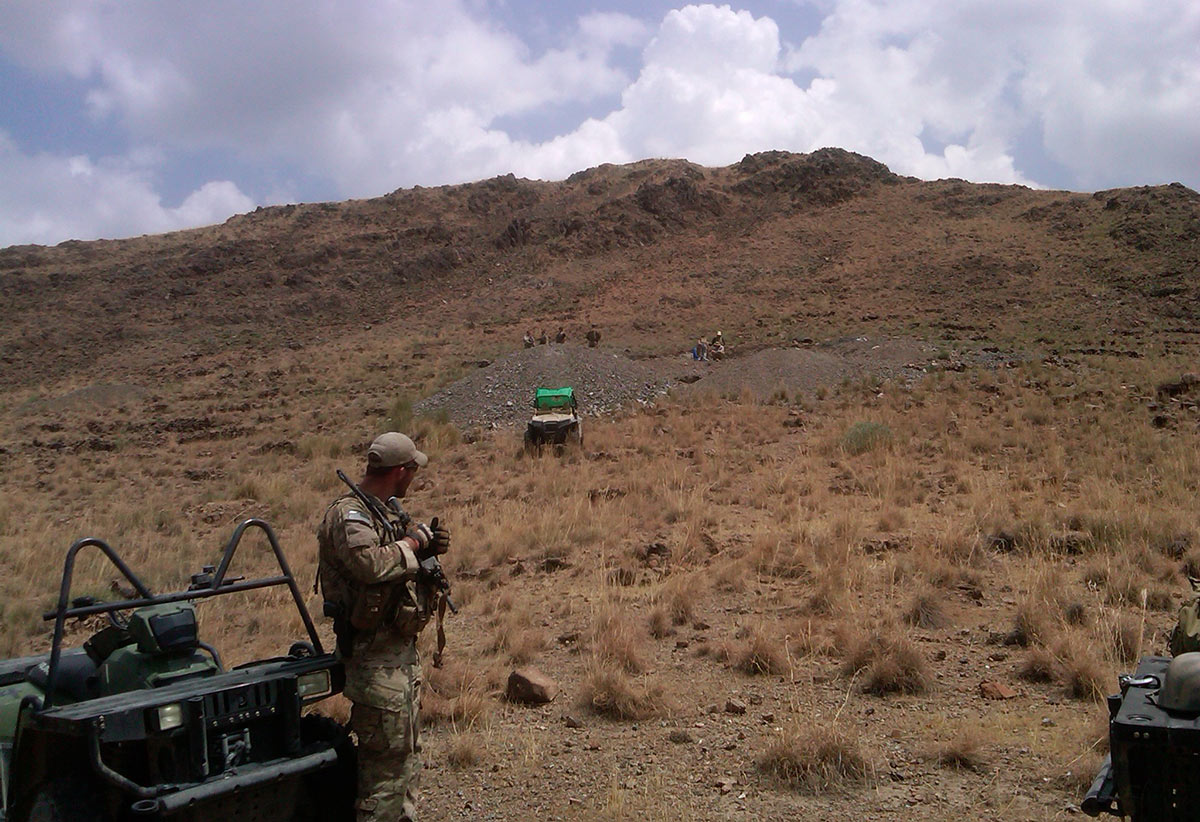 “If I remember correctly, the Taliban brought in labor from Pakistan,” Perry told OCCRP. “There was zero benefit to the locals in the district.”

Southern Development was the company that emerged from these plans, the local subsidiary of SOS International (SOSi), an American military contractor.

The company had built a mineral crushing plant near Kabul, and had its eye on stockpiles of unprocessed chromite gathered by artisanal miners. Chromite, a component of stainless steel, is relatively easy to extract and therefore popular with independent prospectors. 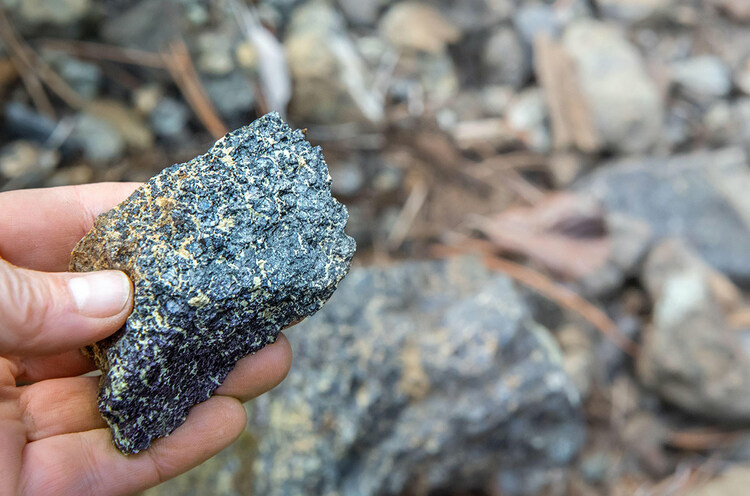 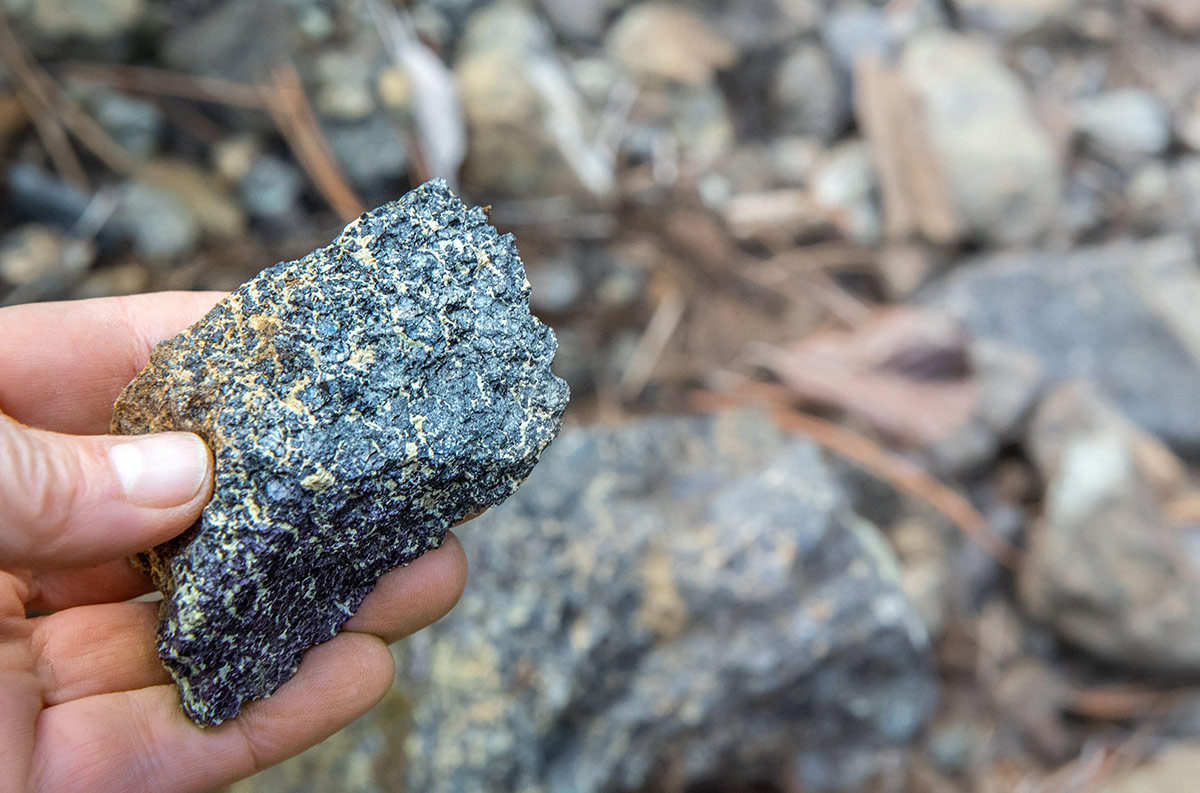 Because of the mineral’s murky supply chain, Southern Development needed government approval to buy the chromite. A PowerPoint presentation, prepared for President Ghani by the Ministry of Mines and Petroleum, shows the company requested permission to acquire more than 200,000 tons of chromite from six provinces, potentially worth between $60 million and $120 million. 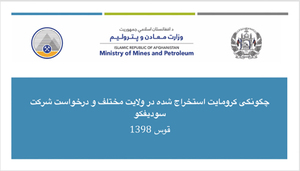 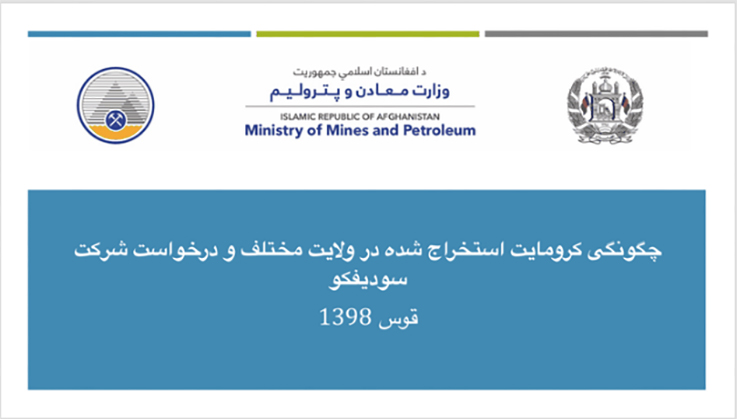 Credit: Afghan Ministry of Mines and Petroleum A screenshot from a 2019 presentation prepared for the Afghan president.

The 2019 presentation also warned that Southern Development risked bankruptcy unless the government allowed it to obtain the contraband metals, because the company’s Kabul factory would become inoperable without a steady flow of raw material.

The presentation did not unequivocally endorse the deal, however. One slide warns that allowing Southern Development to buy the metals could constitute “encouragement to continue illegal extraction.”

Afghanistan’s High Economic Council, an office personally overseen by the president, nevertheless granted the company rights to buy 20,000 tons of chromite from artisanal miners, according to files posted online. 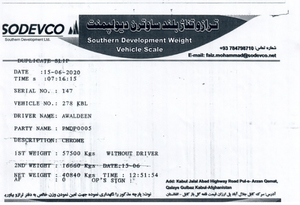 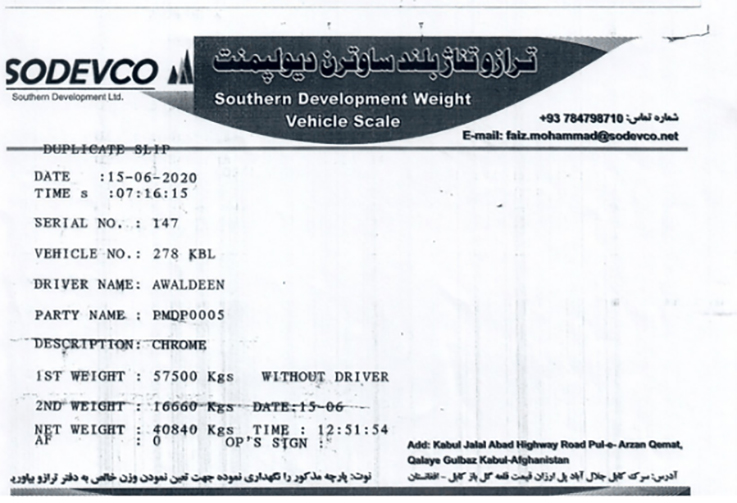 Credit: Afghan Ministry of Mines and Petroleum Image from an auditor report on the mining ministry website.

Before now it was unclear if Southern Development ever actually received any chromite. Reporters could find no public evidence the company paid any royalties to the government, which were set at 7.5 percent of the price of the raw material.

Two auditor reports published on the mining ministry website, however, confirmed that at least 1,200 short tons of the mineral was shipped to Southern Development in the first half of 2020. The supplies came from the Maidan Wardak, Khost, and Paktia provinces — the same regions where the 20,000 tons of chromite confiscated by the government was stored.

The reports also included photos of the chromite being unloaded at Southern Development’s facility and bills of lading for the delivery trucks.

Because of volatility in global markets and variance in quality, it is hard to give an exact price for the shipments, but at standard market rates chromite sand is valued at around $300 to $600 per ton, suggesting the deliveries were worth between $360,000 and $720,000.

It was not clear whether the reports covered all shipments of chromite made to Southern Development. 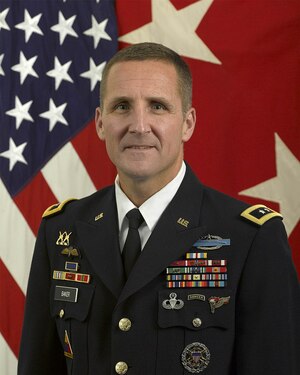 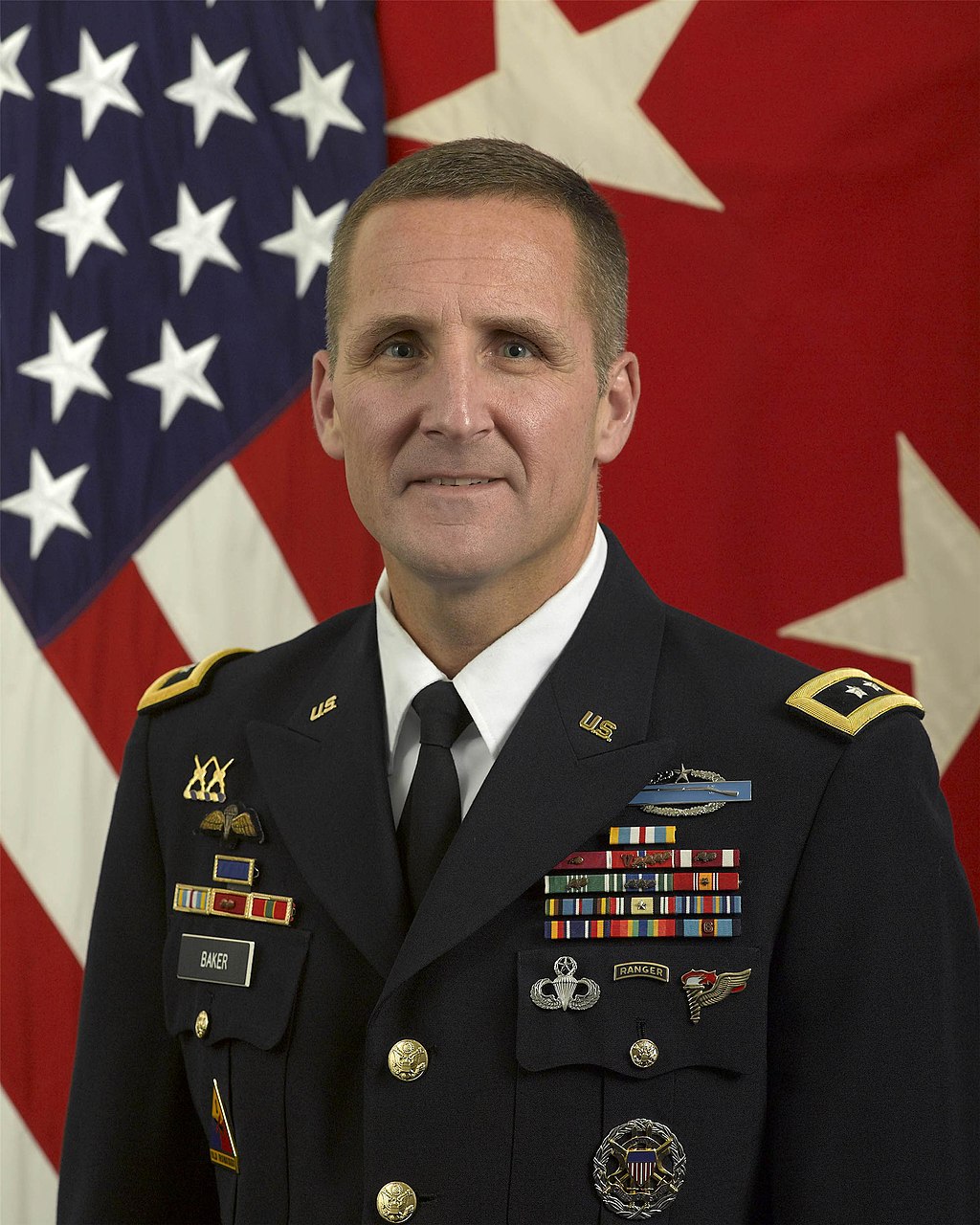 Throughout, Southern Development represented itself as fully U.S.-owned. In an Afghan mining ministry database, the company said it was “100 percent” owned by Ralph Baker, a retired American general and a SOSi employee.

OCCRP’s previous reporting uncovered that Hashmat Ghani in fact held a secret 20 percent stake through a company based in the United Arab Emirates. Despite his apparently close involvement in the deal, former President Ashraf Ghani has denied accusations of insider dealing, suggesting that he was unaware of his brother’s role in Southern Development.

But minutes from the High Economic Council meeting where Southern Development’s request for chromite was approved show that the president was briefed that a fifth of the company was held by “Afghans.”

“The question is why?” Tillipman said.