First Bank of Montenegro provided key funding to two of Montenegro’s most controversial development projects. Both deals involved Moninvest, a company co-owned at the time by Svetozar Marovic, vice president of the ruling DPS party.

In early 2007, First Bank, which is controlled by the family of former Prime Minister Milo Djukanovic, approved a €2 million loan to Moninvest for the stated purpose of constructing a waterpark near the southern resort city of Budva. The park was never built. 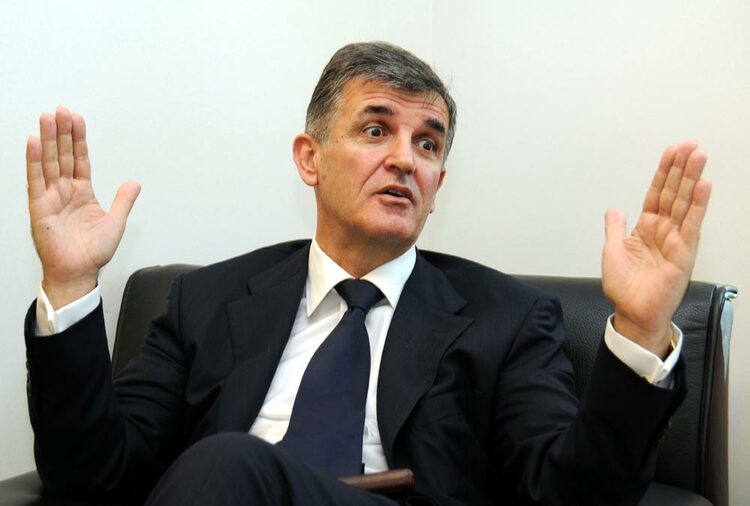 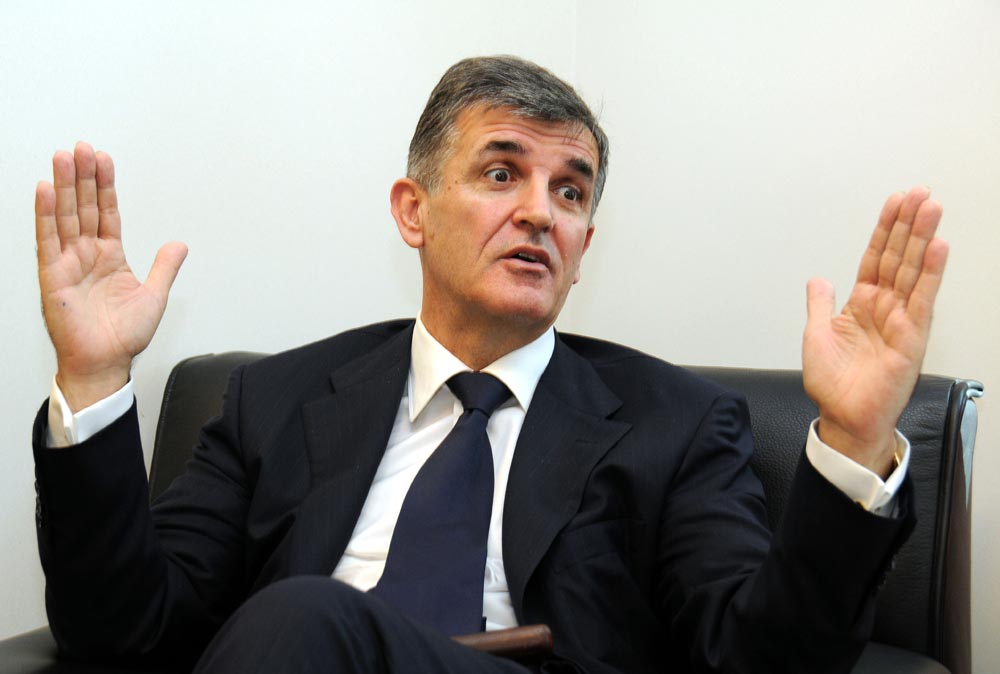 Never before revealed documents show that the bank also funded construction that was never permitted on Cape Zavala through a €5 million loan. First Bank itself does not appear to have done anything wrong legally in these development deals, although the bank never required proof such as a building permit. The Central Bank found First Bank often did not pay much attention to verifying information provided by VIP customers looking for loans, which they considered a poor business practice.

The company behind the deals, Moninvest’s subsidiary Zavala Invest, would later put up €1 million for Madonna’s concert in Budva through First Bank.

In 2007, Russians tycoons interested in beachfront real estate came to Budva in droves. The demand for resorts and private villas was soaring and Russian and Montenegrin investors primed themselves to profit from the boom.

One such businessmen was Russian billionaire Sergey Polonski, who Forbes magazine described as one of the nine most unusual Russian businessmen on its October 2011 list of “lunatics, oddballs and eccentrics.”

Polonski and his construction conglomerate Mirax grew interested in Cape Zavala, a 44,000-square-meter tract of pristine nature preserve jutting into the turquoise Adriatic, because of its natural beauty and proximity to the center of Budva. Polonski went to Dragan Sekulic, whose company Moninvest owned the forested land, to explore possibilities of purchasing and developing it into upscale real estate. After months of negotiation, Sekulic agreed to sell half the land.

First Bank was the agent in the €20 million escrow deal cleared on June 25, 2007. According to the contract, First Bank was not allowed to release the money to Moninvest until the land was re-zoned for construction, as Sekulic testified in a subsequent corruption case.

The rezoning was unusual. A zoning plan for Zavala that had been up for public debate in April called for the land, one of the few unspoiled tracts along the coast, to remain undeveloped.

After the contract between Moninvest and Mirax was written, the municipality changed its plan for Zavala, rezoning it for a luxury tourism development. How and why this was done without public debate or following procedures is not clear. However, there are a number of apparent conflicts of interest.

Marovic, a local powerbroker and former president of the combined state of Serbia and Montenegro, joined Moninvest in May 2007, a year before the Zavala deal and departed after problems appeared in May 2008. His brother Dragan Marovic served at the time as secretary of investment secretariat and later became vice president of the municipality of Budva. Dragan Marovic also was the former owner of Moninvest, then called Montenegro Volleyball, a gambling company, until late 2005 when he turned it over to Sekulic.

Sekulic then turned over controlling interest to Svetozar Marovic during the Zavala Invest period, according to testimony in the latter case. The documents do not mention that any money was paid for the transfer. When Marovic eventually departed, he received €1 million from Sekulic as a parting gift to be paid over five years.

On Oct. 17, 2007, with €1 in capital, the Russian-Montenegrin partnership was officially born. The company, Zavala Invest, was majority owned by Slav-Inn, a subsidiary of Mirax, according to registration records and Moninvest owned 26 percent.

On Nov. 1, when the land was added to the company, the capital increased to €39 million.

Soon after, construction began on a luxury development called Astra Montenegro. The company planned a multistory complex of more than 90,000 square meters of residential and business facilities worth €200 million. It included 40 villas and two hotels.

But the Russian investor didn’t come with the full investment. Zavala put up only €13.5 million, according to minutes from meetings between apartment owners and Mirax company representatives. The rest came from buyers and loans.

A report by the Central Bank said on n Dec. 26, 2007, First Bank approved a €5 million loan to Zavala Invest for construction.

The loan would be due four years later, with a year-long grace period and was secured with the land itself. The Central Bank raised concern later that it took months for First Bank to actually register the mortgage on the land securing the loan. This was a common complaint the Central Bank made about First Bank’s practice of making loans to VIPs.

Later, when examiners looked at the loans, they found the loan questionable because Zavala Invest was not turning a profit, had no cash flow, and had delayed several loan repayments.

An even more surprising discovery came months later: Zavala Invest was building without a permit. The land had been re-zoned for a tourism complex, but no permit has been obtained. Concerned citizens began speaking out. MANS, Montenegro’s leading anti-corruption activist agency, launched a campaign and the site was shut in March, 2008. Inspectors visiting the site months earlier had realized it was illegal. Despite their closing the site, work continued.

Because of public pressure, in May 2008 Moninvest withdrew from ownership of Zavala, and Marovic left the company. On May 8, Moninvest agreed to transfer the full ownership of the land to Slav-Inn in exchange for €10 million. Sekulic was indicted in March 2011 for aiding and abetting corruption and other charges. Marovic, a powerful DPS party member close to Djukanovic, was never charged. Sekulic would later claim that Marovic did not have a big role in the company.

Later a Mirax representative, Vjecheslav Leibman, was quoted in a MANS report saying the company had been “illegally invited to Montenegro to start the project at Cape Zavala and that they had been told they would get all the permits later.”

At trial, Sekulic said he committed to these conditions because he knew local officials who would help him obtain the permit. He later said he never actually asked for their help.

Payment of the Loan

In February 2009, when First Bank was being bailed out and was short of cash, the bank went looking for money. Zavala Invest and a partner paid off the First Bank loan almost two years early. Astra Montenegro Trade transferred €2.55 million to Zavala Invest’s account at the bank. That sum, in addition to the €2.4 million that was already in the account was used to pay off €4.9 million of the loan.

In early March 2008 Mirax and its sales company Astra Montenegro advertised the project, including at a fair in Cannes, France. The going rate for apartments and business space was €6,000-€8,000 per square meter. 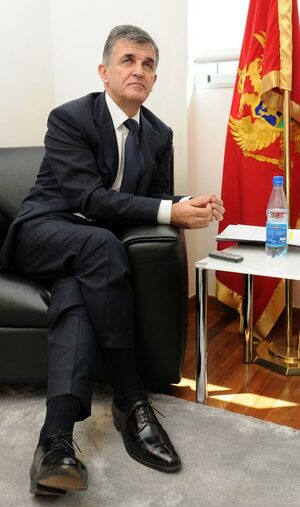 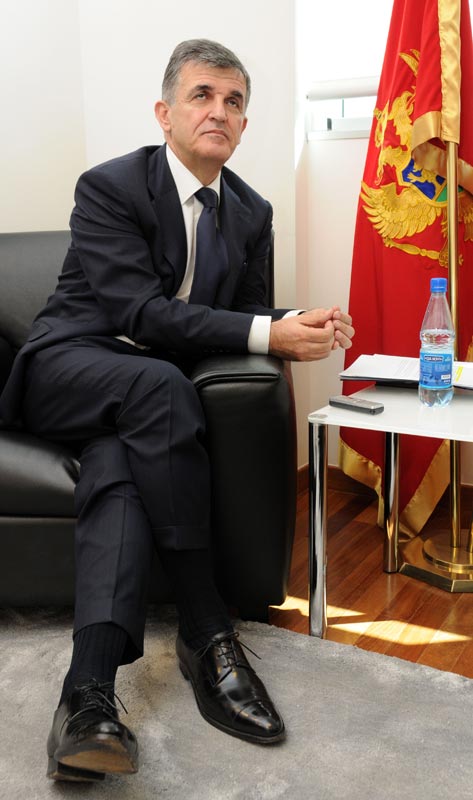 Marovic has long maintained he played no role in the project. But according to MANS review of Mirax’s Russian language website, Mirax claimed to have signed a “strategic partnership” with the government of Montenegro at the fair. Photos of the event show that Marović, who held no public office at the time but served as vice president of DPS was present and signed the agreement.

One of the buyers was Russian pop-rock musician Igor Sukhachev, known as Garik. He paid more than €1 million for an apartment that was never built. He later sued Astra-Montenegro to get his money back and won.

After Mirax went bankrupt, the owners formed an association to complete their villas which still sit half constructed. Owners have complained publicly that they had given enough funds to complete the buildings but that money appears to be missing.

“Unfortunately the unpleasant situation that myself and my company are facing is associated more with crime in Montenegro than, unfortunately, with the real economic situation,” Lejbman told local media.

“I began my business in 1990s in St. Petersburg and I clearly remember that at that time that city was called the ‘crime capital of Russia’. What I can see now in Montenegro looks like those times in Russia.”

Moninvest itself also got two loans from First Bank. The first one, approved at the end of January 2007, was for €2 million for construction of a waterpark near Budva. It was secured with a €2 million deposit, with a grace period of 18 months. The Central Bank found that First Bank only secured the loan with a deposit just before examiners looked at the loan. The examiners said this did not constitute good practice since high-value loans should be secured in advance.

Another €2.9 million loan for land purchase was approved a week later with a grace period of 12 months and was secured with a mortgage. The Central Bank analyzed financial statements of the company and found it had insufficient cash flow and that their financial statements compared to 2005 were going down, with only marginal profit of €1,000.

The Central Bank said in a report from June 2009 that Moninvest had €1.8 million in deposits with the bank that was used to secure loans. However, that cash was allowed to be removed from the bank sometime between January and February 2009. The Central Bank said First Bank never explained why it allowed this to happen. At the end of 2009, First Bank took over assets owned by Moninvest valued at €4.4 million. It is unclear which loan hasn’t been paid.

In March 2006 a Budva official announced that a Spanish company would build the first waterpark in the region on Toplis Hill near Budva. However, the owner behind the company was Cyprus-based Numerico Trading Limited, which is owned by Marovic’s son Milos Marovic and, Dragan Becirovic, the brother of Zoran Becirovic,and a Serbian citizen, according to research by MANS.

The deal gave Numerico Trading a lease on 50,000 square meters for 20 years. An annex also promised the company a €1.6 million loan from Montenegro Bank guaranteed by the municipal government.

The waterpark was never built and the municipality was left holding the €1.6 million debt, which citizens of Montenegro are paying.

It is unclear how that money was spent.

Zavala Invest, while Marovic was still a partner, signed an agreement with Budva municipality without a tender to do other work. Moninvest built a sea water desalination plant for the city which it subcontracted to another company for €3.4 million and then billed the city €4.4 million. The payment was then exchanged for funds owed in taxes for the Zavala Invest project. Zavala and city officials were all charged with criminal acts including damaging the city budget and nonpayment of taxes. Marovic left the company although his brother Dragan received a four-year prison sentence.