French authorities detained former UEFA president Michel Platini on Tuesday as part of an investigation into alleged vote rigging that resulted in the awarding of the 2022 World Cup to Qatar. 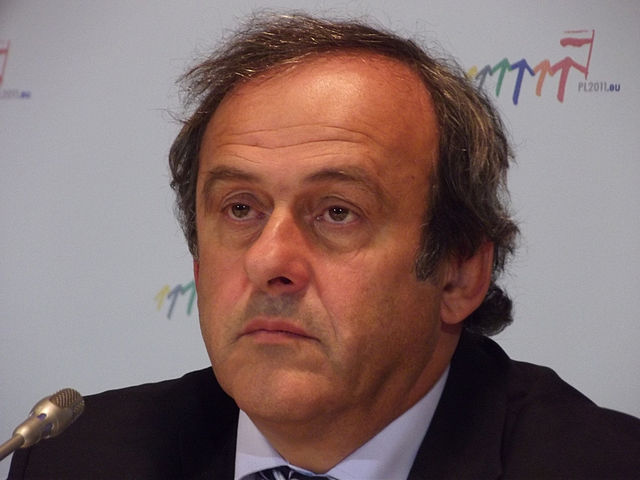 Michel Platini in 2011 (Piotr Drabik, CC BY 2.0)Members of the Anti-Corruption Office of the French Judicial Police nabbed Platini outside of Paris, media reported.

French judicial investigators have also questioned Claude Gueant, the former secretary general of the Elysee during the mandate of the former French President Nicolas Sarkozy. Gueant, according to reports, was questioned as part of the probe, but was not detained.

During the past three years French financial investigators have been probing claims of “private corruption,” “criminal conspiracy” and “influence peddling and trading in influence” over the vote in Zurich in 2010 to decide on the 2022 World Cup host, according to France24.

Despite the recommendation of FIFA’s medical committee that said it was too dangerous to play the summer World Cup in desert heat, Platini did not deny he gave his vote to Qatar.

Considered the world’s best football player back in the 80s, Platini served as UEFA president from 2007 until he was banned by the FIFA ethics committee in 2015, for “not showing commitment to an ethical attitude.”

He was found guilty of accepting a “disloyal payment” of some US$2 million from Sepp Blatter, FIFA’a president at the time.

FIFA reiterated “its full commitment to cooperating with the authorities in any given country of the world where investigations are taking place in connection with football activities.”