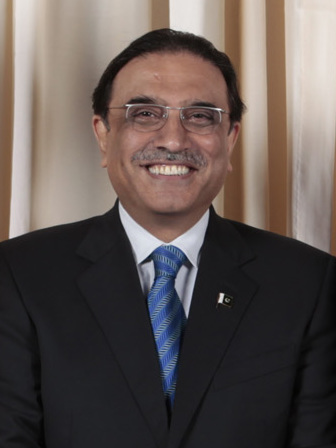 Asif Ali Zardari (source: Lawrence Jackson)Nawazish Ali, the spokesperson of NAB, confirmed to OCCRP that “Zardari has been arrested pertaining to corruption charges.”

Zardari, 63, was arrested soon after a high court in Islamabad rejected his bail request in

the high profile case of Rs 4.4 billion (some US$ 29 million) concerning bank accounts in the names of other people through which allegedly kickbacks were paid to him.

According to reports, last year NAB discovered several fake accounts opened in the names of poor people. The accounts received billions of Rupees only to be suddenly emptied.

Following the arrest, small-scale clashes erupted between police and supporters of Zardari’s party outside his residence in Islamabad, where he was arrested.

“We have been given no right of fair trial by this government,” Zardari's son and Pakistan People’s Party Chairman Bilawal Bhutto Zardari, told a news conference, blaming the NAB officials of arresting his father without judicial orders.

Before being elected as Pakistani president in 2008, Zardani spent years in prison on corruption and murder charges he kept denying and for which he has never been convicted.