A former Russian anti-corruption official was sentenced to 13 years in prison on Monday for being corrupt himself and was sent to a maximum security correctional facility, according to The Moscow Times. 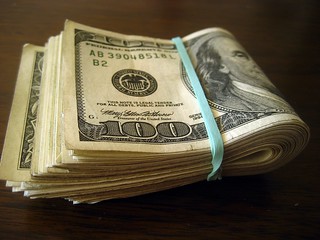 Money was found in Zakharchenko's flat (Photo: 401Kcalculator.org)Although Dmitry Zakharchenko once served as deputy head of the Interior Ministry’s economic security and anti-corruption office, he has been found guilty of large-scale bribery and obstruction of justice. He was arrested in 2016.

Authorities seized some US$120 million when searching his apartment in 2017 - the largest cash seizure in Russia at the time, The Moscow Times reported.

In 2017 the Council of Europe published a press release stating that the Russian Investigative Committee had leveled another charge of bribery against Zakharchenko, accusing him of accepting a $12,000 vacation from a businessman.

The Council of Europe press release also noted that Zakharchenko had attempted to obstruct the investigation.

Zakharchenko had previously been found guilty of receiving bribes from another businessman, Mehdi Douss, who gave Zakharchenko a discount card that allowed him to save $46,000 at Douss’ restaurant, La Maree, in exchange for protection, according to Moscow Times.

Russian News Agency reports that both the prosecution and defense are planning appeals.

In addition to his prison term, Zakharchenko has been ordered to pay $1.8 million in fines and has been stripped of all his titles and state awards.