The head of Japan's Olympic Committee said on Tuesday he is resigning following a corruption investigation into the awarding of Tokyo’s 2020 Summer Games. 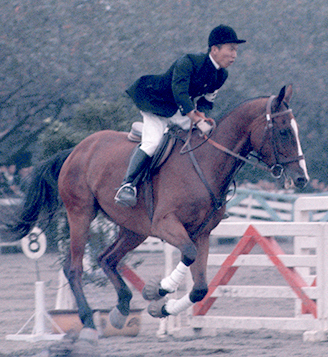 Takeda competed in the 1972 and 1976 Games (Photo: PD-Japan)Tsunekazu Takeda, 71, is being investigated by French prosecutors who are looking into claims that he bribed an IOC member with more than US$2 million to secure Tokyo's winning bid. The allegations have mired the Olympics in scandal and further damaged the integrity of the selection process.

Takeda told a news conference he planned to leave in June at the end of his term as committee president and reasserted his innocence.

“I have done nothing wrong, and moving forward, I want to make efforts to prove my innocence,” he said.

“It’s very painful for me to think that I have made such an uproar in society.”

The French investigation, launched in 2016, is focused on two payments worth $2 million from a Japanese bank account. The transactions, labelled "Tokyo 2020 Olympic Game Bid", were made before and after the International Olympic Committee (IOC) voted for Tokyo to host the Games in 2013.

The recipient was Black Tidings, a Singapore-based company with links to Papa Massata Diack, the son of Lamine Diack, former head of the International Association of Athletics Federations (IAAF).

Both father and son are the subject of numerous corruption inquiries, currently wanted by French authorities on charges including accepting $2 million from a Brazilian businessman two days before Rio de Janeiro was awarded the 2016 Olympic Games.

The transactions are suspected of buying Lamine’s vote for host of the Summer Games. At the time of both the Brazilian and the Japanese payments, Lamine Diack was a powerful member on the IOC with supposedly great influence over Olympic voters in Africa.

Lamine was arrested in France in 2015 however Massata remains on Interpol’s most wanted list for his alleged role in blackmailing athletes who failed drug tests. Senegal has consistently refused his extradition.

A report by the World Anti-Doping Agency (WADA) in 2016 said “corruption was embedded in the organization,” calling out Lamine Diack as a leading perpetrator.

The cases are under investigation in France due to suspicion that the funds were laundered there.