Brazilian police arrested on Thursday the head of the Brazilian Olympic Committee who allegeldy took part in a bribery plot designed to ensure the 2016 Olympic games were awarded to the city of Rio de Janeiro, newspaper RFI reported. 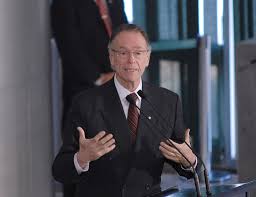 Carlos Nuzman, 75, was detained in Rio on suspicion of corruption, money laundering and criminal association.

As soon as the international sport competition ended, Brazil’s Supreme Court had opened an investigation into about 100 politicians, based on strong allegations that millions of dollars had been paid to officials and business executives involved in the organization of the games.

The probe, dubbed "Unfair Play", revealed among other things that Nuzman acted as an intermediary in a scheme intended to bribe the International Olympic Committee (IOC) into voting in favor of Rio de Janeiro to stage the 2016 Olympic games.

The former Rio governor, Sergio Cabral, is currently serving 14 years in jail for bribery and money laundering as the mastermind of the scheme.

Nuzman allegedly arranged for the transfer of US$ 2 million by a Brazilian businessman into the account of Papa Massata Diack – the son of the former IOC Senegalese member Lamine Diack – just two days before Rio was awarded the right to host the Games.

The money is believed to have paid for the vote of Lamnie Diack in favor of Rio at an IOC session in Copenhagen in 2009.

According to The Guardian, investigators also found that Nuzman's estate had increased by 457% between 2006 and 2016 and that he had hidden 16 gold bars worth US$2 million in a bank in Switzerland.

Nuzman had tried to clean up his assets and declared an additional US$ 600,000 in income.