Report: US$132 Billion of UK Property is Registered in Tax Havens

Over 87,000 properties in England and Wales valued at an excess of US$132.4 billion (£100 billion) are owned by anonymous companies registered in tax havens, a new analysis from the UK-based NGO Global Witness reveals. 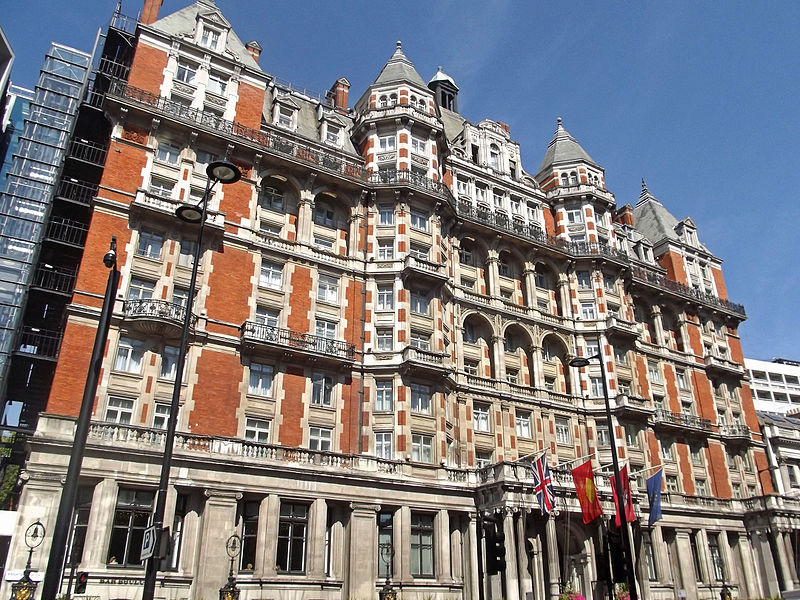 The Mandarin Oriental, a five-star hotel in Knightsbridge, an affluent London neighborhood. (Photo: Wikipedia, Elliott Brown, CC BY-SA 2.0)The actual value of the properties is at least $74.1 billion according to Land Registry data, but is likely greater than $132.4 billion accounting for inflation and missing price data.

“It’s increasingly clear that UK property is one of the favourite tools of the criminal and corrupt for stashing and laundering stolen cash. This analysis reveals the alarming scale of the UK’s secret property scandal,” said Ava Lee, Senior Anti-Corruption Campaigner at Global Witness.

Forty percent of the identified properties are in London. Cadogan Square in Knightsbridge, an affluent neighborhood of Victorian homes bordering Hyde Park, hosts at least 134 secretly owned properties. About 10,000 properties are in Westminster, home to the British Parliament.

Lee and representatives of several other advocacy organizations including Transparency International UK and the Tax Justice Network gave evidence on the impact of property ownership by anonymous companies at a parliamentary committee meeting on Monday.

The Draft Registration of Overseas Entities Bill Joint Committee was formed to report on a draft bill which would establish a public register of the owners of overseas properties that own or purchase land in the UK. The overseas properties would be required to identify their beneficial owners and report that information to the register.

The UK pledged to create such a register at the Anti-Corruption Summit in 2016, but thus far the promise has not been kept.

“We’re calling on the Government to table this legislation as quickly as possible, so we can find out who really owns so much of the UK,” Lee said.

The city of London has long been known as a haven for the corrupt politicians of the world and their dirty money.

A 2018 investigation by the Organized Crime and Corruption Reporting Project (OCCRP) and the BBC used data from the Paradise Papers to show how a notorious crime group from Odessa, Ukraine, had long been parking the proceeds of their crimes in luxury London real estate.

The first family of Azerbaijan is known to own multiple London properties valued at $140 million, and last month a London court forced the son of Moldova’s ex-prime minister to hand over nearly half a million pounds because the funds were thought to be the proceeds of tax evasion. The twenty-two-year old student was renting an apartment in Knightsbridge for $1,288 per day and driving a new Bentley around the city.