A London court last week ordered the son of the former Prime Minister of Moldova to hand over nearly half a million pounds following an investigation conducted by the UK’s National Crime Agency. 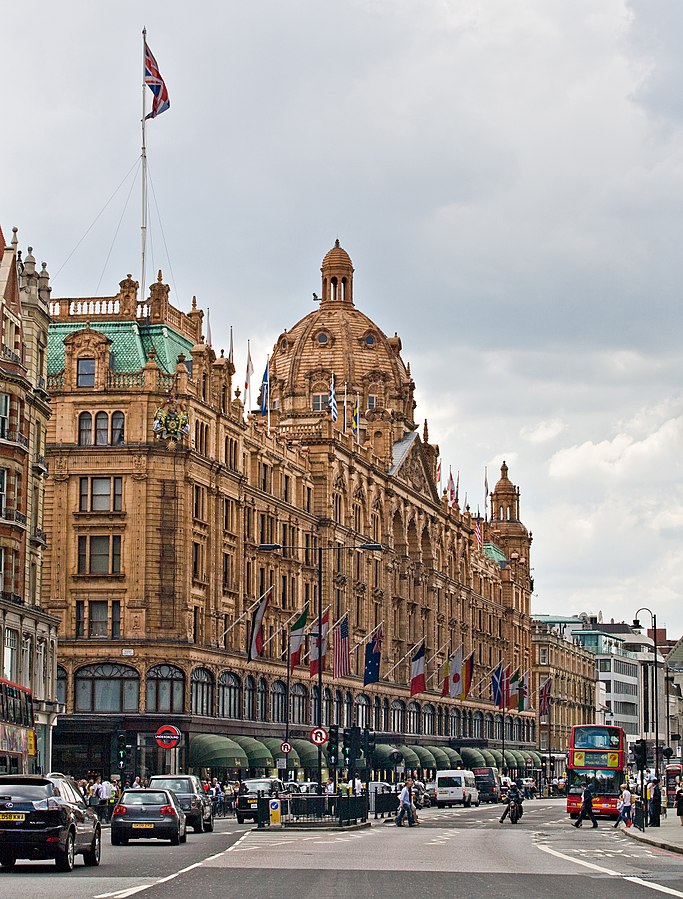 The luxury department store Harrods in Knightsbridge, London, where Vlad Luca Filat paid £1,000 per day for a flat. (Photo: Wikipedia, CC-BY-SA 3.0)A district judge at the City of London Magistrates Court approved forfeiture orders on three HSBC accounts linked to Vlad Luca Filat, compelling him to surrender £466,321 (US$600,817).

The ruling falls under the new forfeiture provisions established by the Criminal Finances Act 2017, which allows for the confiscation of funds connected to terrorist property and the proceeds of tax evasion.

Vlad Luca Filat, 22, is a student in London, where he moved in July 2016. Although he does not have any registered income in the UK, the NCA investigation uncovered that the young Filat rents an apartment in Knightsbridge, an affluent London neighborhood, for $1,288 per day.

He spent large sums on luxury goods and services, purchasing a $257,700 Bentley “Bentayga” from a Mayfair dealership.

The funds in the young Filat’s bank accounts are thought to be the proceeds of illegal activity perpetrated by his father, Vladimir Filat, 49.

The elder Filat was Prime Minister of Moldova from 2009 to 2013. He was arrested in October 2015 as a suspect in what is known as Moldova’s “theft of the century,” in which $1 billion disappeared from three local banks between 2012 and 2014. Moldova is one of the poorest countries in Europe; the stolen billion comprised an eighth of country’s entire gross domestic product.

A Chisinau court found the former prime minister guilty of abuse of office and corruption in June 2016 and sentenced him to nine years in prison, a term prosecutors deemed “too mild” at the time.

District Judge Michael Snow said last week he was “satisfied on the balance of probabilities that the cash was derived from [Vlad Luca Filat’s] father’s criminal conduct in Moldova.”

Rob MacArthur from the NCA’s International Corruption Unit echoed Judge Snow: “In this case, Vlad Luca Filat was unable to demonstrate a legitimate source for the money and the court determined it to be recoverable.”

“The National Crime Agency should now be asking the bank, the university, the estate agent and the car dealer what checks they made on this suspicious spender and his Cayman Island companies,” she commented.