With a wide semi-circular entrance hall and doormen in tops-and-tails, the apartment building at 199 Knightsbridge in London is all glass, polished marble, and clean lines. Advertised as an enclave of private residential apartments in the capital’s heart, the penthouse of the prestigious development is yet another home for Leyla and Arzu Aliyeva, daughters of the president of Azerbaijan.

It is the latest multimillion property secretly owned by the Aliyevs to be discovered, part of an empire amassed since 2003 when Ilham Aliyev took over from his father as president of the oil-rich country. OCCRP has identified over US$140 million in luxury apartments the family maintains around the globe and these are just the known properties.

Other international properties include a US$ 25 million London mansion; a flat valued at up to US$ 8 million overlooking the Speakers’ Corner of Hyde Park; nine waterfront mansions in Dubai valued at US$ 44 million; a dacha near Moscow worth at least US$ 37 million; and a US$ 1.1 million villa in an exclusive neighborhood in the Czech spa town of Karlovy Vary.

While his family tours the world as international celebrities, Aliyev rules at home with an iron fist, beating protestors and arresting and jailing democracy advocates and independent journalists including Organized Crime and Corruption Reporting Project (OCCRP) partner Khadija Ismayilova. Meanwhile the family has amassed a vast personal business empire and taken over the country’s largest businesses, including banks, construction companies, gold mines and phone companies.

The First Family is no more open about its London property holdings – including the 101-square-meter penthouse–than about its other assets. Ownership is hidden behind the mask of an offshore firm, Capper Marketing Inc., registered in one of the world most secretive jurisdictions: the British Virgin Islands (BVI).

Overlooking Hyde Park, 199 Knightsbridge is split into 205 flats. Construction was completed in 2005 and the apartments’ were reportedly marketed for between £ 750,000 and £ 18 million (US$ 1-26 million). Today they are worth more.

The penthouse in which building staff told the OCCRP that Arzu and Leyla live was purchased in September 2006. The sale was likely brokered privately, as the penthouse is nowhere to be found in online archives of real estate ads. A deed filed at the UK’s Land Registry lists no sale price.

The building is near Harrods, the high-end shopping Mecca often frequented by Eastern oligarchs. It has its own website featuring a video trumpeting an “exclusive world” built for the “discerning few”. It also boasts a 20-meter swimming pool, residents-only “kinesis spa” and a business center crowned by a 12-seat boardroom.

The penthouse was purchased just five months after Leyla Aliyeva married Emin Agalarov, a Russian pop star who is the son of a billionaire real estate magnate. They have since divorced. 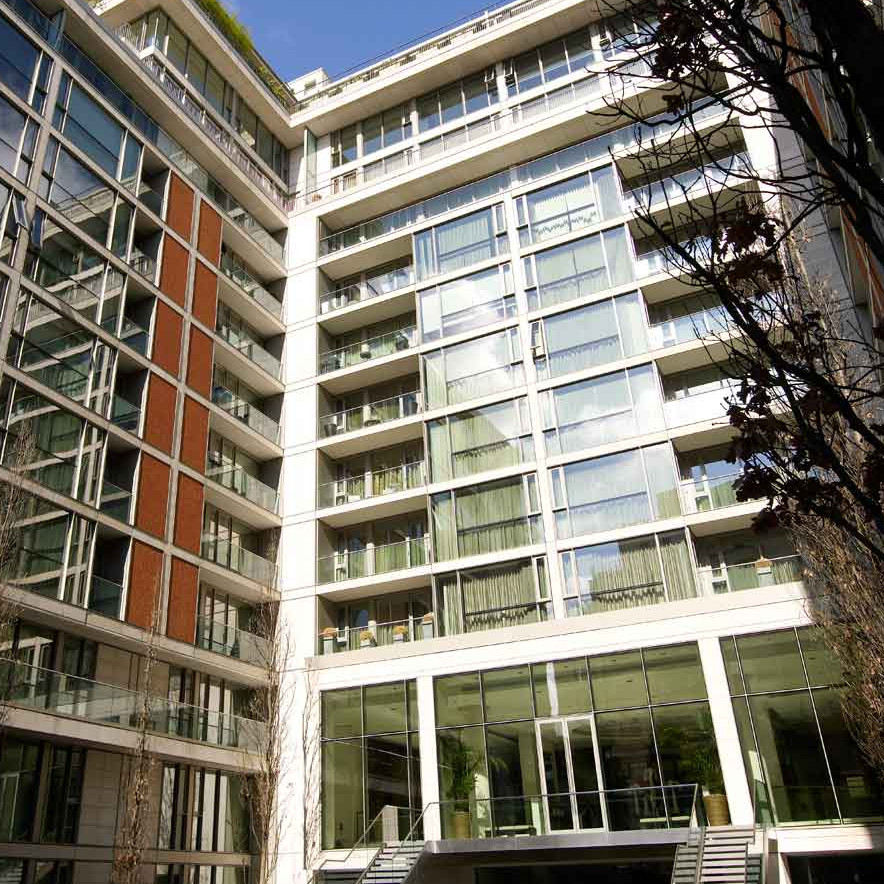 Estimated worth: US$ 26 million 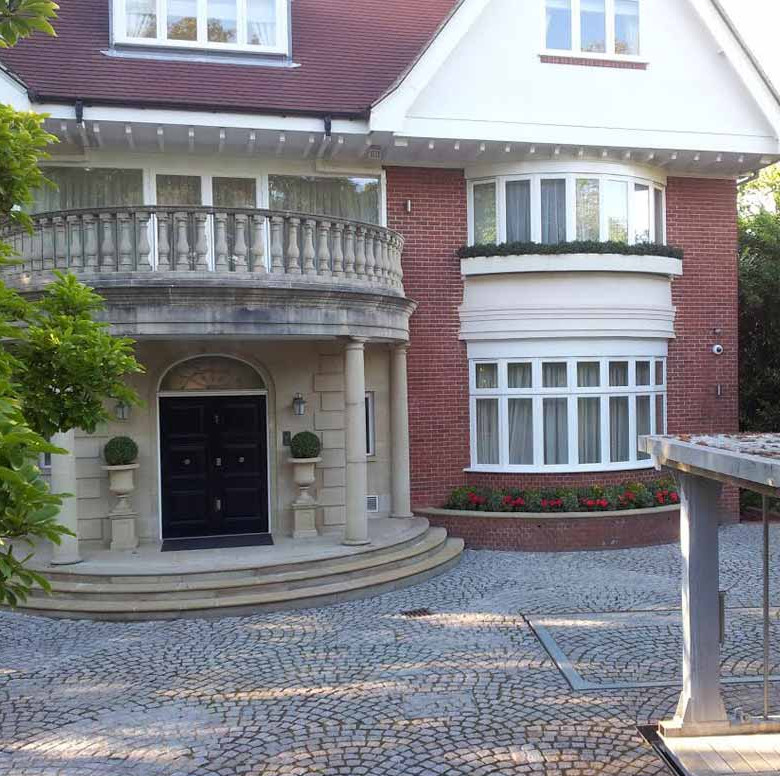 Estimated worth: US$ 25 million 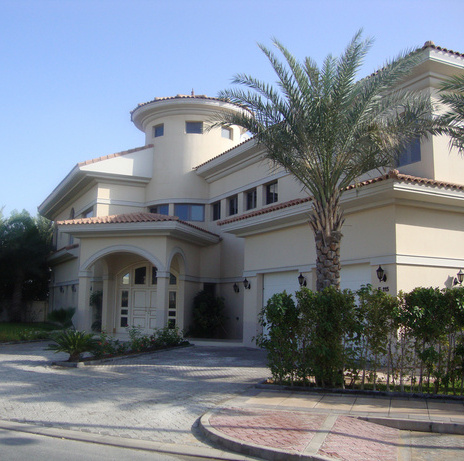 Estimated worth: US $44 million 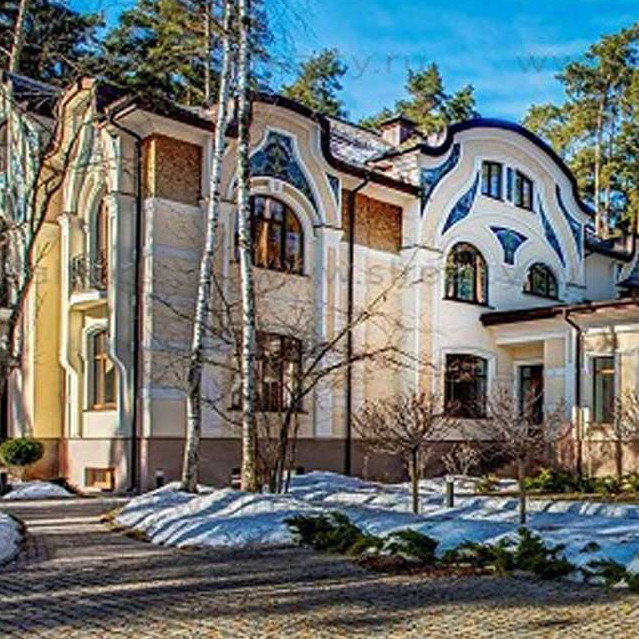 Estimated worth: US$ 38 million 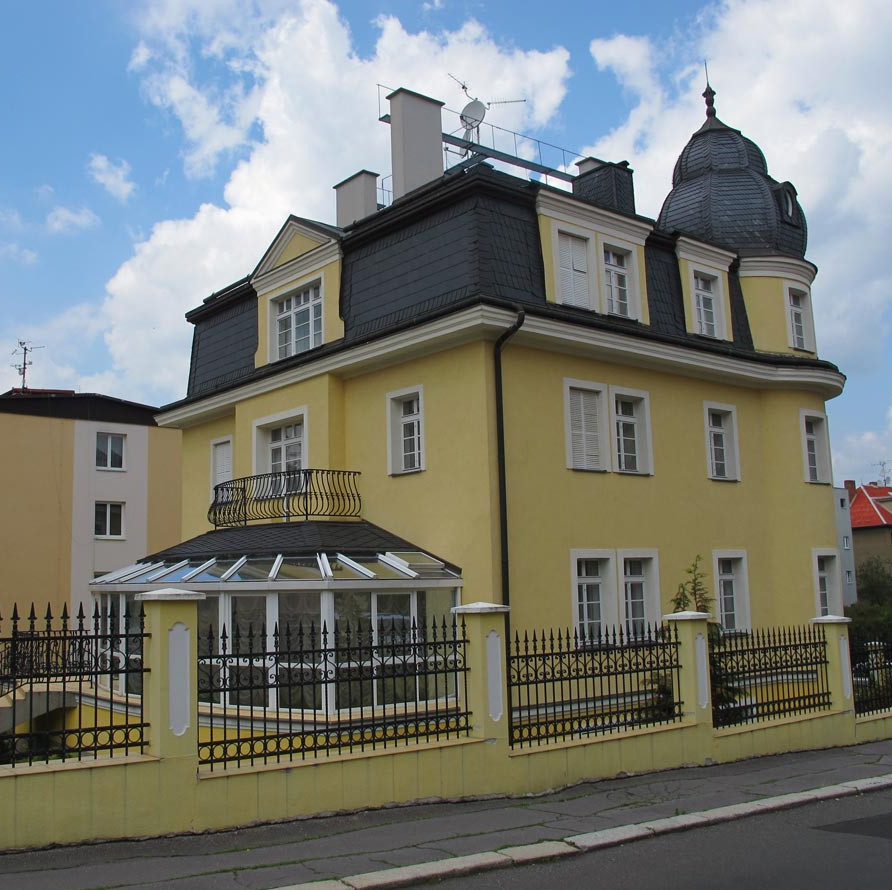 Estimated worth: US$ 1.1 Million 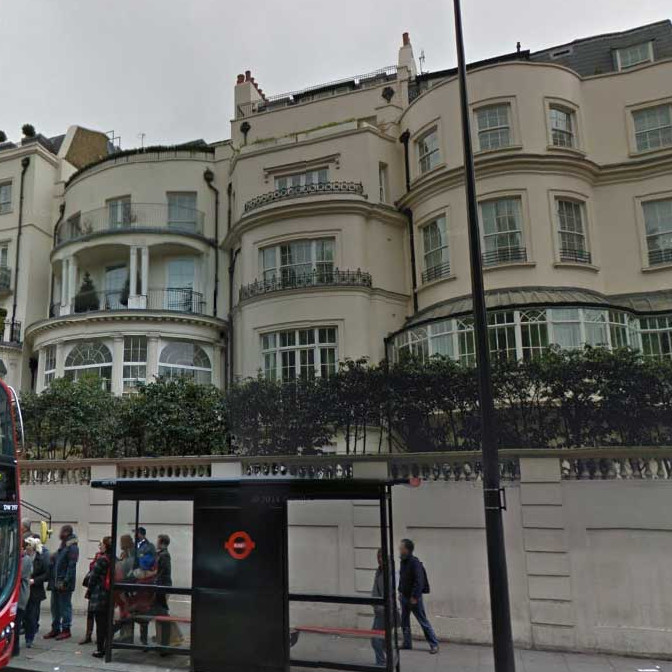 Estimated worth: US$ 8 Million

Earlier investigations by OCCRP revealed that the First Family of Azerbaijan owns at least two other properties in London, including a mansion overlooking Hampstead Heath in one of the city’s wealthiest neighborhoods. This house was purchased in 1998 when Aliyev was still a vice-president of Azerbaijan’s State Owned Oil Company (SOCAR) through another offshore company, Beckforth Services Ltd., which is registered in the Isle of Man. The purchase price is unknown. It was later transferred to his daughter Leyla. It is estimated to be worth US$ 25 million. His salary at SOCAR has never been revealed.

The Aliyevs hired high-end architects SHH to enlarge and redecorate. The architects claim that their client, “a central Asian diplomatic family”, asked for “a sense of grandeur, especially in the entrance area.” The Aliyevs are said to have insisted on a design that made “particular reference to French influences and interiors from the Cote d’Azur region.”

Another property next to Hyde Park owned by the family is known as “the house on Speakers’ Corner.” The five-story mansion is broken into seven apartments, each worth between US$ 7 and US$ 10 million, although it is not clear which apartments are owned by the family since all are owned by offshore companies. Leyla Aliyeva’s name appeared among directors of the London firm that manages the property. She was appointed in August 2008 and replaced in October 2014 by her cousin, Mir Jamal Pashayev, director of the family’s investment company Pasha Holding and Pasha Bank.

Mir Jamal is not the only cousin involved in real estate deals with the Aliyev sisters. So is Mirjalal Pashayev, who is named after a noted Azerbaijani writer and grandfather of Ilham’s wife Mehriban.

Since September 2005, the Aliyev sisters and Mirjalal have shared directorship in another BVI company incorporated a year earlier: Kingsview Developments Ltd., according to internal records from an offshore services provider, Mossack Fonseca in Panama. These documents, part of the 11.5-million document leak known as the Panama Papers, were received by the German publication Süddeutsche Zeitung and shared by the International Consortium of Investigative Journalists (ICIJ) with OCCRP.

Mossack Fonseca resigned as a registered agent of Kingsview Developments in 2014 after the Aliyevs’ U.K. solicitors, failed to provide information about the true owners and the main business activity of the firm as required by BVI’s 2008 Anti-Money Laundering and Terrorist Financing Code of Practice law.

The Panama Papers reveal that in January 2015, the daughters incorporated another BVI company, Exaltation Ltd., as a vehicle through which to own yet another British property worth more than US$ 1 million. Leyla and Arzu were represented by another London law firm, Child & Child, which failed to identify the two women as politically exposed persons or “PEPs”, a term that encompasses anybody with links to top political leaders, including family members and close associates. It is not illegal for people classified as PEPs to own offshore businesses, but those companies are supposed to be subject to greater scrutiny and due diligence checks.

Internal Mossack Fonseca files reveal that the daughters were negotiating to buy a property in April 2015 and were in a great hurry to complete all the paperwork as “the contracts were due to be signed next week.” It is not clear what property, if any, the daughters purchased.

In March 2014, Mirjalal Pashayev, received a special gift: a three-bedroom apartment at Hans Place in London in a 19th-century house on a residential garden square situated just south of Harrods. The apartment, in one of the most sought-after residential addresses in the Chelsea area, was priced at £ 3,500,000 (US$ 6 million).

The gift came from Javad Marandi, a family friend and managing partner in the family- owned Pasha Construction, through a series of transactions involving offshore companies registered in BVI and Bermuda, according to Mossack Fonseca internal records.