Ukrainian Graft Investigators to be Investigated for Graft

Ukraine’s new State Bureau of Investigation will look into allegations that Ukrainian law enforcement agencies accepted bribes in exchange for closing probes into a corruption scheme that saw cronies of the president illegally extract millions from the country’s defense industry. 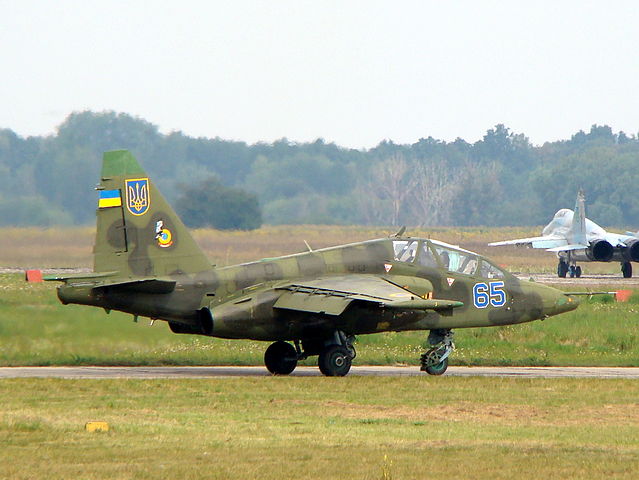 Ukrainian Air Force airplane (Sergienkod)“SBI opened criminal proceedings about materials of a journalistic investigation on the possible reception of unlawful benefit by the officials of the GPU, the Security Service of Ukraine, the State Fiscal Service and NABU for non-execution of pre-trial investigation and non-prosecution of persons involved in corruption in the defense sphere,” the bureau said in a press release on Tuesday.

The announcement comes in the wake of a the final part of an investigation released by OCCRP partner Bihus.Info, a Ukrainian investigative reporting center.

The investigation first revealed that as war raged in Eastern Ukraine, top defense officials made millions of dollars selling smuggled Russian military equipment to the military at inflated prices with fraudulent contracts.

These explosive revelations sparked calls for Poroshenko’s impeachment. But the investigation didn’t stop at top officials. Rather, its final part, released Monday, showed that almost all of Ukraine’s law enforcement agencies knew about the scheme for three years--and had been accepting bribes to not do anything about it.

“The problem of our law enforcement agencies isn’t blindness, it’s appetites,” said Lesia Ivanova, one of the journalists who worked on the project.

Texts between Andriy Rohoza, the head of the sham company which sold the parts to Ukraine’s military, and various law enforcement agencies show him giving bribes, which he called “candies,” of amounts from $8,000 to $20,000.

In exchange, he expected the cases to be dropped.

“You know what, the Desnyanski SFS opened a criminal case in partnership with PGO, and you told me it was ok, are they out of their f...ing minds there?” he said in a text to a detective who worked for Ukraine’s police.

“We gave them for the case and they opened a new one. Bro, I beg you, some clarity.”

The bribery went on for three years, said Bihus.Info. Almost every law enforcement agency attempted to investigate the scheme, and then accepted bribes to drop investigations.

Andrii Borovyk, executive director of Transparency International Ukraine, said that it was hard to say whether the investigation announced this week would bear fruit or not, especially since Ukraine’s State Bureau of Investigation is a relatively new body.

“Whether the SBI is capable of providing independent and not questionable investigations...we have to see,” he said to the OCCRP.

Before the SBI, corruption cases were both investigated and prosecuted by the same body - the office of the prosecutor general. But political pressure meant many open cases never reached trial, he said.

“In Ukraine, they open the proceedings, they tell it to the public, and then they do nothing,” said Borovyk.

He added that Ukraine’s tumultuous election season might be affected by the investigation, with politicians seeking advantage as procedures open.

“We live in a highly politicized period of time, and politicians may use the openings of these proceedings, without results,” he said.