Ukrainian lawmakers have launched the process to impeach President Petro Poroshenko following an eruptive media report linking him to a corruption scandal involving the President’s friends who have allegedly stolen from the country’s defense industry. 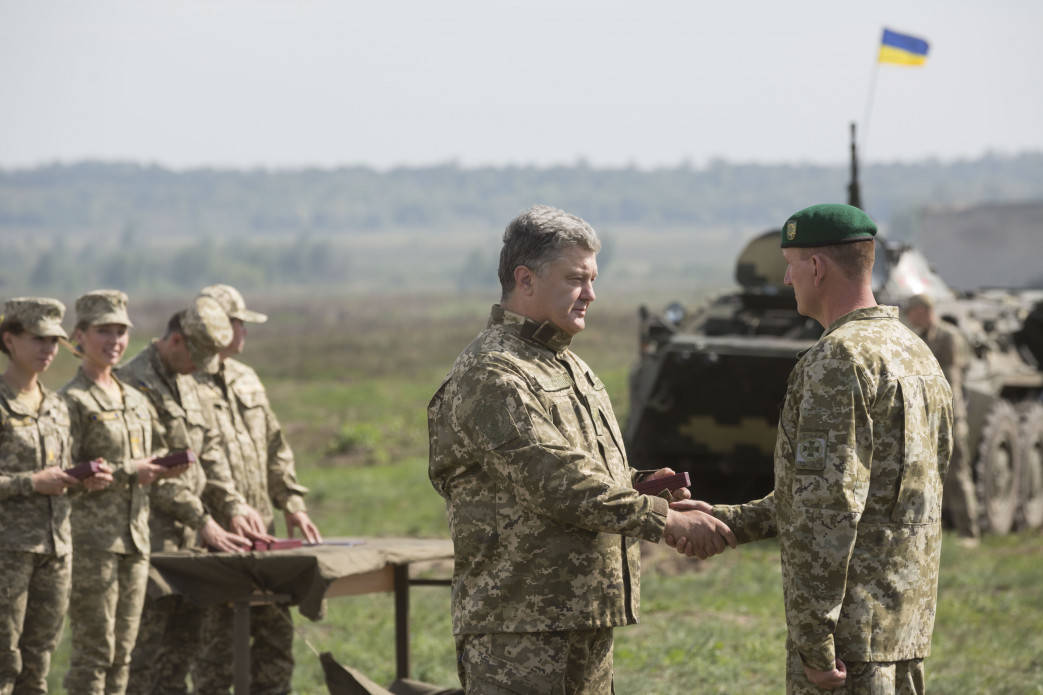 President Poroshenko with troops in 2016. (Photo: Office of the President of Ukraine)Former Prime Minister Yulia Tymoshenko, who will face off against Poroshenko in next month’s elections, made the announcement in Parliament on Tuesday, where she said his actions were “consistent with state treason.”

The declaration came a day after BIHUS.info, a Kiev-based investigative journalism project focused on anti-corruption, released the first two parts of a four-part report implicating Poroshenko in the embezzlement and money laundering scandal.

The report, which is about “the President’s closest friends stealing millions from the defense industry,” examines events journalists believe took place in 2015, during the war in eastern Ukraine and just one year after Crimea was annexed by Russia.

The report’s central figure is Oleh Hladkovskyi, the first deputy secretary of Ukraine’s National Security Council and Poroshenko’s close friend. The contracts were signed by Hladkovskyi’s 27-year-old son, Ihor, but BIHUS.info says Oleh was the man behind the deal. Three companies had their profits drained, including one that once belonged to Poroshenko.

According to the National Security Council, the elder Hladkovskyi was suspended from his post on Tuesday afternoon, pending an investigation.

In a statement, Hladkovskyi said he “categorically reject[s] all allegations made in the so-called investigation,” which “consists of a compilation of well-known facts and dirty fakes.”

Poroshenko’s spokesperson wrote on Facebook that the President supported the suspension of Hladkovskyi. The two men own villas near one another in Marbella, Spain.

With elections on the horizon, the announcement does not bode well for Poroshenko. The President will face off against a record 44 candidates, and his numbers so far are poor. A recent poll suggests that the front-runner is Volodymyr Zelensky, a comedian with no political experience. Only 10.8 percent of respondents said they would vote for Poroshenko as their first choice—40.8 percent said they would not vote for him under any circumstances.