Britain’s anti-money laundering regulations are not enforced by accountancy and legal associations due to fear it would lose them members, a watchdog report revealed on Tuesday. 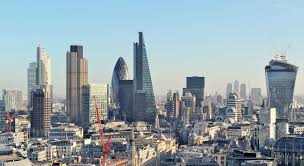 New report suggests much is needed to stem dirty money (Photo: kloniwotski, Flickr)Despite the scale of the UK’s fight against dirty money, one in four professional bodies do not undertake any money laundering checks according to a report from the UK’s new Office for Professional Body Anti-Money Laundering Supervision (OPBAS).

OPBAS was set up last year to “supervise the supervisors” of the accountancy and legal professions.

Alison Barker, the Director of Specialist Supervision responsible for the review, was highly critical of their anti-money laundering efforts.

“The accountancy sector and many smaller professional bodies focus more on representing their members rather than robustly supervising standards,” she said. “Partly because they believe that their memberships will walk if they come under scrutiny.”

Nearly all of the 22 professional groups surveyed by OPBAS said they resist taking action against members for anti-money laundering failures due to fear it would damage their ability to attract and retain members. Meanwhile 91 percent are failing to collect enough information to adequately assess politically exposed persons and high-risk jurisdictions.

The report claims professional bodies frequently do not understand their role in protecting against dirty money. “For many supervision wasn’t important, It was only an add-on.” said Barker.

The chair of the UK’s Treasury committee, Nicky Morgan, told the Financial Times that the revelations are “shocking.” “They reveal real vulnerabilities in the UK,” she said.

The report follows questions regarding lawyers taking their obligations seriously. Donald Toon, the director of economic and cybercrime at the National Crime Agency, told the Guardian in September that lawyers have ignored repeated warnings to increase their reporting of suspicious activity by clients.

“We believe that we do not get the level of reporting from legal firms of suspicious activity that we would expect,” said Toon. “There is a significant challenge engaging the thousands of law firms.”