Hundreds of billions of pounds are potentially laundered through the UK each year as prevention efforts remain "highly fragmented," a committee of MPs warned on Friday. 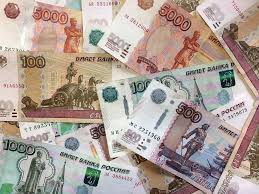 The report called out the "malign influence" of certain Russian money (Photo: CC0)In a report on economic crime, the influential Treasury committee said estimates for laundered money range from tens of billions to hundreds of billions of pounds. It said a more precise estimate was needed to produce a tailored response.

Once the UK leaves the EU, she called on the government to not “bow to buccaneering deregulatory pressures” during post-Brexit trade deals.

The report comes after OCCRP and its partners revealed how Russian money used the Troika Laundromat to channel illegal funds into the UK to pay for luxury properties and school fees.

More than 1,000 UK partnerships were used to move an estimated US$13 billion of potentially illegal money into Europe, according to the Guardian. Many were registered by offshore agents allowing the real owners to remain hidden.

“The UK is a favourite for the criminal and corrupt looking to stash stolen money or secure safe haven” said Nienke Palstra, an anti-corruption campaigner at Global Witness in a statement.

“Anonymous companies have made this easy,” she said.

The committee highlighted estate agents as a weak link in anti-money laundering efforts. They have previously been criticised for not doing enough to stop illegal funds purchasing UK property.

The UK’s company register, Companies House, was another area of concern. With no requirement to carry out anti-money laundering checks, it has weakened the prevention of economic crime.

The committee said the government should consider giving it the powers to verify company information.

In an earlier letter to the committee however, government minister Lord Henley said: “there are no current plans to require Companies House to fulfil a frontline anti-money laundering role.”