Bloomberg reported on Wednesday that Deutsche Bank is being investigated as part of the ongoing US Federal Reserve probe of Danske Bank’s alleged facilitation of money laundering operations. 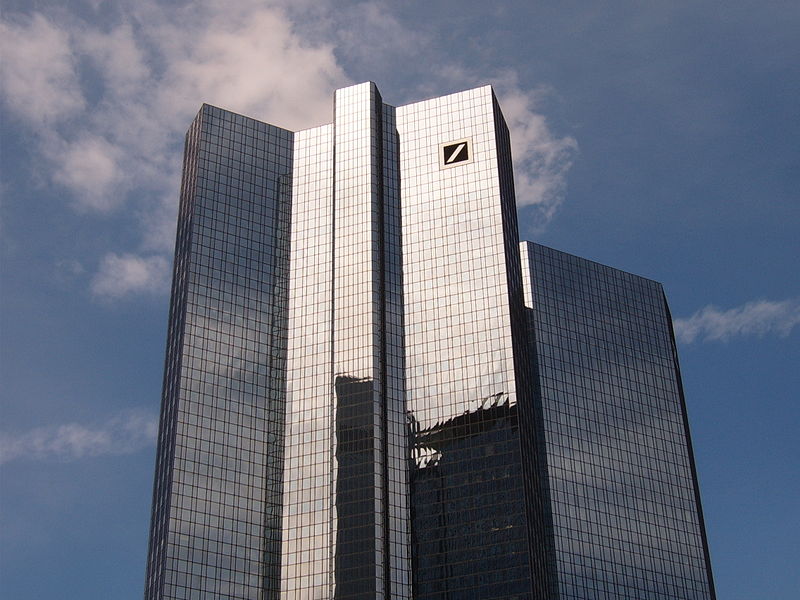 Danske is accused of failing to institute risk management and control systems at its Estonian branch, which used correspondent banks such as Deutsche to convert foreign currency into US dollars for its clients.

Deutsche has said that the “only relationship (as a correspondent bank) is with the bank and the bank itself has the responsibility to check its own client (and) to monitor the transaction.” Deutsche denies it is being investigated, but says it is cooperating with all requests for information regarding its relationship with Danske Bank.

Danske, in turn, has admitted that much of the estimated US$230 billion that flowed through its Estonian branch may have been dirty.

The Danish bank’s Estonian branch was previously implicated in violating national and international anti-money laundering regulations by hosting the Russian and Azerbaijani laundromats which washed billions of dollars. Prosecutors in Denmark allege that Danske failed to ensure the branch’s compliance with the Danish Anti-Money Laundering Act.

Likewise, the US requires all banks which operate under its jurisdiction to institute controls and monitor clients to detect potential money laundering. Suspicious transactions must be reported to US authorities.

Deutsche Bank has also been implicated in a string of financial scandals in recent years. In 2017, the bank paid $625 million in fines to financial authorities in the US and UK for helping Russian investors launder up to $10 billion.

The regulators say the bank failed “to maintain an adequate anti-money laundering (AML) control framework," allowing a long-running scheme in which clients at the bank’s Moscow branch would use rubles to buy Russian stocks, and then sell the stocks for US dollars through its London office. This allowed them to transfer more than $6 billion from Russia to overseas accounts.

The US had also fined the bank a further $7.2 billion in 2017, for misleading investors in its sale of residential mortgage-backed securities. In late 2018 the bank was raided as part of the Panama Papers investigations.