The Estonian branch of Danske Bank, Denmark’s biggest bank, closed the accounts of several companies in 2013 after realizing they had been used by a member of Vladimir Putin’s family and Russia’s intelligence service, the FSB, to launder huge amounts of money, according to a leaked report. 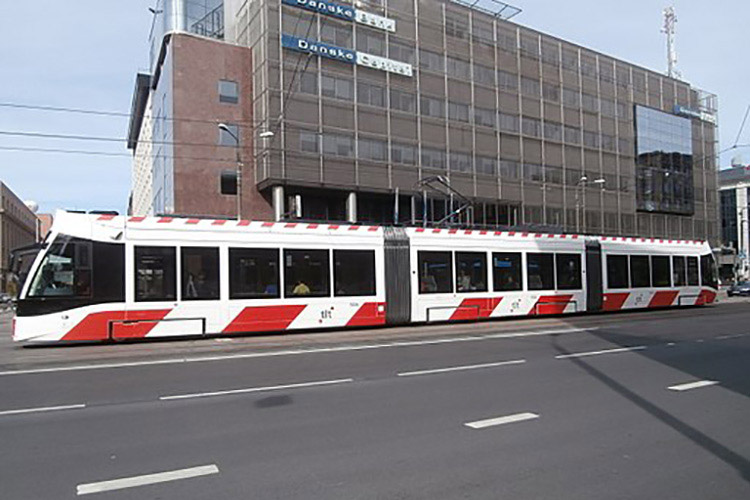 A whistleblower had informed the bank’s Executive Board that the anti-money laundering procedures at its Estonia branch had completely failed and that the bank may “have committed a criminal offense” by aiding a company that had made several suspicious transactions and whose actual owners “included the Putin family and the FSB.”

While Danske began its own investigation last September, its senior management is currently facing outrage from Danish politicians as to why the bank did not act more quickly in addressing long-standing concerns over the operations of its Estonian branch.

In the most recent development, Estonian prosecutors declared on 27 February that they would open an investigation into whether Danske had failed to inform the country’s financial authorities about money laundering linked to key Russian politicians and the FSB. Estonian financial regulators first investigated Danske over such allegations in 2014.

Wash the money and run

Danske Bank Estonia is already implicated in other money-laundering schemes, involving billions of dollars from Azerbaijan flowing through the branch, some of which ended up in the pockets of European politicians who praised the Baku regime, a chronic human rights abuser.

Another investigation — the Russian Laundromat — revealed that US $20–80 billion was moved out of Russia through a network of global banks, including Danske.

The latest revelations come from the whistleblower report that was recently obtained by the Danish newspaper Berlinske and shared with the OCCRP and the Guardian.

It says that the company Lantana Trade LLP had in 2013 falsely reported to the UK Companies House that it had a low turnover and was dormant. In fact, huge sums of money passed through Lantana’s account with Danske Bank on a daily basis – the account, opened in 2012, had operated for 11 months.

The branch failed to establish who controlled the company which had made “suspicious payments just under compliance control limits,” according to the whistleblower's account.

Asked how serious the bank’s failure was, International financial investigator, L Burke Files, said “on a scale of 1 to 10 — it was an 11.”

“The activity in the account was in every way indicative of money laundering – many large transactions and all of them done in one or two days — money did not linger,” he explained.

Up to ten million dollars could have been laundered through the scheme on a daily basis for the period of the account’s operation.

Only after the transfers were already made, the branch launched an internal investigation that revealed who the company’s owners really were. The report says that the owners, hidden behind offshore management firms in the Marshall Islands and Seychelles, “have been involved with several Russian banks that had been closed down in recent years.”

One of the banks mentioned was the little-known Promsberbank, based near Moscow, that lost its license in 2015, the same year Lantana was dissolved. Promsberbank then collapsed in 2016 after it transpired that some three billion roubles had disappeared from its accounts.

One Promsberbank’s board members was Vladimir Putin’s cousin, Igor Putin, who also sat on the board of the Russian Land Bank, RZB, which was involved in the Russian Laundromat scheme.

Among Promsberbank’s shareholders were Alexei Kulikov, who was arrested in 2016 for “large-scale fraud” and Alexander Grigoriev, a banker with FSB ties and one of the masterminds behind the Russian Laundromat. He was arrested for money laundering in 2015.

All three were linked to the so-called mirror-trades affair at the Deutsche Bank’s Moscow division, which ran a $10 billion scheme that allowed selected Russian clients to convert roubles into dollars.

During the investigation the Danske Bank's branch conducted, an account manager flew to Moscow to find out who really owns Lantana but left the meeting at the company’s headquarters shaken and reported that the clients were “furious.”

A few days later, bank staff was warned by unidentified Russian-speaking people in Tallinn against "walking home alone at night."

Soon after, the Estonian branch closed the accounts of Lantana and 20 other companies with which it had exchanged very large sums of money — including some involved in the Deutsche Bank scandal.

An email from September 2013 seen by Belingske was sent internally in the Estonian branch to order the closing of Lanatana’s account:

“Please do not transfer funds or perform any securities transaction on the following accounts.”

The message also applied to twenty affiliated companies that had accounts in the branch and with which Lantana exchanged very large amounts of money. The companies were dubbed the “The Lantana Group” and amongst them were companies called IC Financial Bridge, Cherryfield Management LTD, Chadborg Trade LLP, and Ergoinvest LLP. These companies were also implicated in the Deutsche Bank “mirror trading” scheme.

According to Berlingske's information the Estonian authorities were notified about the companies.

“I am not in a position to comment on specific companies. Generally speaking the purpose of such money laundering schemes is to move the funds out of Russia, to get the money in to the western financial system and do it in an untransparent and secretive manner,” says Madis Reimand, Head of Financial Intelligence Unit of the Estonian Police.

Too little, too late?

Danske Bank’s probe into its Estonian branch last year came only after other money laundering affairs there became known — and some believe it’s too little, too late.

It’s “very bad,” said Files. “Someone chose not to look or investigate.”
Danske said on Monday it was still investigating what was going on in Tallinn and that it had closed the portfolio involving Russian non-residents.

“On the basis of what we know now, we should have done this faster,” the bank said in a statement. “Today, we have a very different and stronger control setup in Estonia.”

“We have launched a thorough investigation to get to the bottom of the events at that time in our Estonian branch. We are unable to comment the matter further, until the investigation has finalized” — stated Danske Bank when approached for comment.

“Furthermore, we are unable to comment on specific customers, but the entire portfolio in question (non-residents) has been closed down. As we have previously said, on the basis of what we know now, we should have done this faster. Today, we have a very different and stronger control setup in Estonia.”