Recent charges against Mehman Huseynov that claimed he attacked a prison guard were dropped on Tuesday, a day after the anti-corruption blogger sent a direct appeal to Azerbaijan’s President Ilham Aliyev. 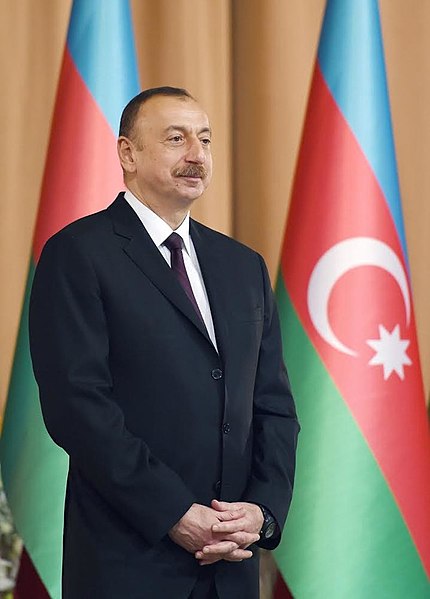 President Ilham Aliyev of the Republic of Azerbaijan (Photo: Official website of President of Azerbaijan, CC B,Y 4.0)Huseynov was arrested in March 2017 on libel charges for blogging about Aliyev being involved in corruption. He was due to be released in March of this year before the assault charges were filed; if convicted on the new charges, he would have faced an additional seven years in jail.

Huseynov denied the additional charges, which he claims were politically motivated, and began a hunger strike on Dec. 26. In recent weeks he was joined by others in the protest.

Pro-government media outlet Azer News reported that Aliyev told the General Prosecutor’s Office “to conduct an objective investigation of the criminal case [and] take all necessary measures provided by law to make a fair and humane decision.”

Samad Seyidov, the head of Azerbaijan’s Parliamentary Assembly of the Council of Europe (PACE) delegation, said in France he was disappointed that Huseynov’s case was being used to “attack Azerbaijan and undermine the country's image.” He commended Aliyev for prompt action and added, “I have no doubt that this clear social position, which the president of Azerbaijan took in the case of Mehman Huseynov, will lead to a quick resolution of this issue.”

AzerNews reported that Huseynov has ended his hunger strike and said he has no complaints or demands in regard to his detention conditions.

The outlet also reported the Prosecutor General’s Office warned those creating “an artificial fuss” to violate Azerbaijan’s stability would be stopped “within the framework of the law”.

On Saturday, thousands of protesters gathered in the country’s capital Baku to demand the release of Huseynov and all political protesters. Estimates differ as to the actual number of attendees, with activists and event organizers claiming around 25,000 attended the rally while local police say it was closer to 2,800 people.

The protesters’ demands are supported by the European Parliament which last week issued a resolution calling for the release of all political prisoners. Huseynov is expected to be released in March.