A former employee of Mossack Fonseca—the Panamanian law firm at the center of the 2016 Panama Papers leak of more than 11.5 million legal and financial records—was extradited to Germany on Wednesday in connection to the sprawling international tax scheme exposed by the investigation, German media reported. 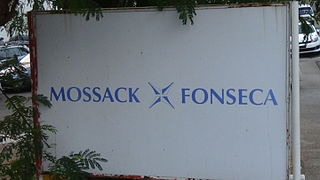 Mossack Fonseca sign (Photo: Valenciano, CC BY-SA 4.0)Dirk Brauer, a German investment banker who worked for Mossack Fonseca's Asset Management Department, was arrested in November 2018 at a Paris airport. He was subsequently indicted in absentia by United States prosecutors for helping a number of his clients defraud American tax authorities for over a decade.

According to U.S. prosecutors, Brauer and his conspirators assisted Mossack Fonseca clients in hiding the full extent of their wealth through “fraudulent, deceitful, and dishonest means,” including a string of bogus offshore companies complete with falsified documents.

Among other offenses connected to the scheme, Brauer was charged in the U.S. with wire fraud, tax fraud, and money laundering.

“The charges announced today demonstrate our commitment to prosecute professionals who facilitate financial crime across international borders and the tax cheats who utilize their services,” Assistant Attorney General Brian Benczkowski said in a statement when the indictment was unsealed in December.

A court in Paris decided Wednesday, however, to deliver Brauer to Germany rather than the U.S.

According to German media, Brauer was cooperating with prosecutors in Munich at the time he was charged in the U.S. He had already provided German investigators with extensive evidence and testimony on his former clients, including former Siemens manager Hans-Joachim Kohlsdorf who is under investigation.