Following revelations from the Panama Papers, the US has on Tuesday charged four people with wire fraud, tax fraud, money laundering, and other crimes related to a criminal scheme ran by the Panamanian-based law firm Mossack Fonseca. 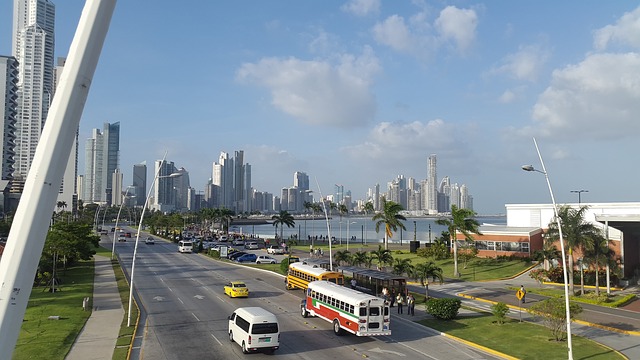 Panama City skyline (Photo: Pixabay)The United States Department of Justice said that three of the suspects were helping clients hide their wealth and the fourth was a client.

Police apprehended Brauer in Paris in mid-November, while Von Der Goltz and Gaffey were arrested in London and Boston respectively on Tuesday.

Owens, a lawyer who worked at Mossack Fonseca, remains at large, according to authorities.

Prosecutors allege that Owens and Brauer worked together from around 2000 to 2017 to aid clients at Mossack Fonseca in hiding their wealth from the U.S. government by teaching them how to use fake foundations, fake credit cards, and shell companies to avoid the tax authorities. The foundations and shell companies were created in Panama, Hong Kong, and the British Virgin Islands to hide the U.S. residents and citizens who owned them.

Von Der Goltz was one of these clients, authorities said. Owens and Gaffey assisted Von Der Goltz in evading taxes in the U.S. by claiming bank accounts and shell companies were owned by his mother, an elderly Guatemalan citizen.

U.S. authorities called the arrests a message that tax schemes like these will be discovered and that more investigations are to come.

The Mossack Fonseca documents are one of the biggest leaks in journalistic history. The so-called Panama Papers revealed the secretive offshore companies used to hide wealth, evade taxes and commit fraud by the world's dictators, business tycoons and criminals.

“In fact, as alleged, they had a playbook to repatriate un-taxed money into the U.S. banking system. Now, their international tax scheme is over, and these defendants face years in prison for their crimes,” he said.