Global trafficking gangs are targeting victims in refugee camps across the Middle East and Asia, according to a UN report released on Monday. 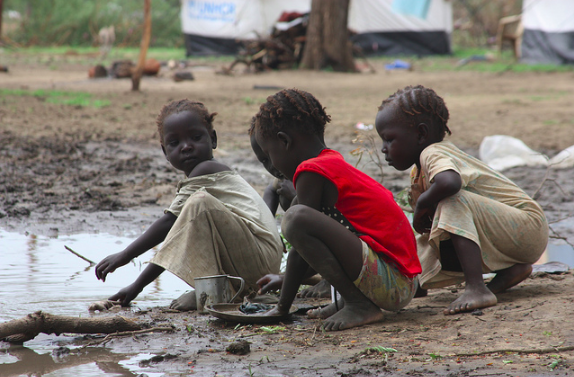 Refugee camps in the Middle East report of young women and girls “‘married off’ without their consent and subjected to sexual exploitation in neighbouring countries."

However, the majority of victims in the Middle East remain adults involved in forced labour, most often from Syria.

For the rest of the Gulf, it is almost exclusively a destination for trafficking victims from other regions, often South Asia. Qatar is accused of using Nepalese forced labour in preparation for the 2022 FIFA World Cup.

Across the globe, women and girls continue to be particularly targeted, making up 72 percent of all victims.

The trafficking of children remains a particular concern. While minors make up almost a third of global victims, it is as high as 75 percent in areas such as West Africa.

Although the report highlights a global improvement in victim identification and criminal justice for trafficking, war torn countries across Africa and Asia continue to have extremely low levels of convictions.

Last year, the Nobel Peace Prize, awarded to Nadia Murad, recognized the need to take action against trafficking in conflict zones. Murad has campaigned for an end to sexual violence as a weapon of war since her enslavement by ISIS terrorists in Iraq in 2014.