Cleaning up corruption in American politics was the top priority for a large majority of voters in key 2018 midterm races, according to polling commissioned by the political action committee End Citizens United. 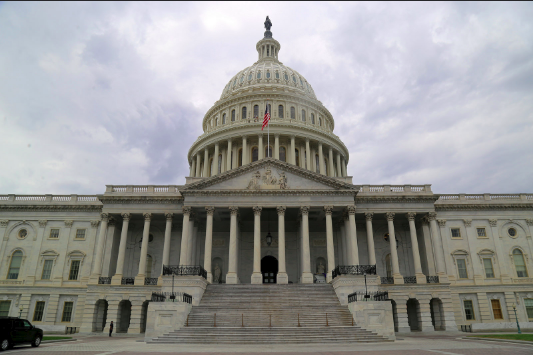 The United States Capitol in Washington, D.C. (Photo: Flickr)The post-election survey showed the most important issue for 75 percent of voters in battleground House districts was “ending the culture of corruption in Washington” by cracking down on special interest money, enforcing stronger ethics rules, and protecting voting rights.

The ECU poll, which was conducted by Greenberg Quinlan Rosner Research, mirrors a Pew Research report from April that found Americans overwhelmingly support limits on political campaign spending and think new laws could effectively curb the influence of money in politics.

In the November elections, Democratic candidates running on anti-corruption platforms flipped many of the districts polled by ECU, according to Vox, where three-quarters of independents ranked stomping out corruption as a very important issue.

The ECU poll indicated that a vast majority of voters want tangible action, with 82 percent of all voters and 84 percent of independents believing the first action of the new Congress should be tackling corruption through legislation.

Following corruption, protecting social security and medicare and growing the economy were the next highest priorities for voters.

When presented with a choice on how to most productively make progress on other important issues—including health care and economic opportunity—over half of those surveyed said that addressing money in politics should be the first priority.

The first piece of legislation House Democrats introduced in the new Congress, HR 1, is a sweeping anti-corruption bill aimed at limiting the influence of special interest money in Washington, strengthening ethics rules, and expanding voting rights.

Democrats assumed control of the House on Thursday and elected Representative Nancy Pelosi of California as speaker. They unveiled HR 1 on Friday.

The bill has no Republican co-sponsors, however, and the Republican controlled Senate is unlikely to pass such legislation.

“Our best friend in this debate is the public,” Pelosi told reporters when speaking of HR 1 in November. “We believe it will have great support” and that the importance of public sentiment won’t be lost on the Senate or the president of the United States.