A court in Islamabad found on Monday former Pakistani Prime Minister Nawaz Sharif guilty of corruption, sentenced him to to seven years in prison and fined him US$25 million. 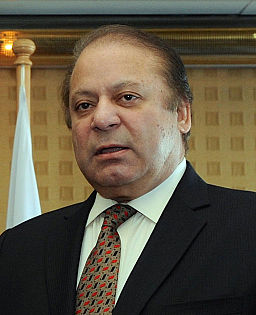 Nawaz SharifSharif could not prove how he could have bought the Al-Azizia Steel Mill in Saudi Arabia with the sources of income he declared. He was arrested in the courtroom while police outside used tear gas to disperse a small group of protesters.

It’s the second time this year that the Accountability Court has sentenced Sharif for corruption.

In July, judges sent him behind bars for 10 years for purchasing upscale Avenfield apartments in London after Panama Papers leaks revealed that his children were named as owners. This prompted the Supreme Court to oust him from the post of the Pakistani prime minister.

He was released from jail in September after he won an appeal. Sharif maintains he is innocent and accused his political enemies of fabricating a case against him.

Fawad Chaudhary, Pakistan Information Minister, said at a press conference in Islamabad that Monday’s verdict was “historical” and that “Sharif blamed us of initiating cases against him but let me remind him that the Panama Papers case was revealed in 2016 and started during his government".

But former Prime Minister Shahid Khaqan Abbasi said that there was no evidence of corruption and that “we will file appeal against the verdict and we will plead the case inside the parliament.”