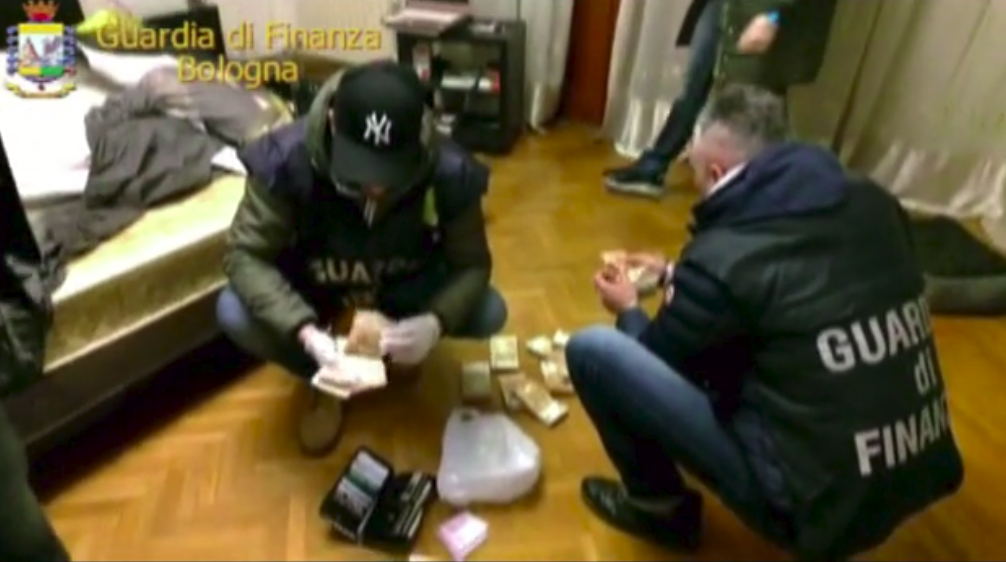 Italian Police count the money seized during Operation Philosopher's Stone. (From: Guardia Di Finanza)The organization has 29 members of Turkish, Italian, Chinese and Romanian origins, according to the Italian Tax Police. As part of the arrest operation, police also collected assets linked to the members and their companies worth 7.4 million euros, about US$8.5 million.

During the two-year investigation dubbed “Philosopher’s Stone,” Bolognese police seized more than 70 kilograms of pure gold worth about 2.5 million euros as well as 1.5 million euros in cash.

Police said the organization was headed by a Turkish citizen who was caught visiting Tuscany to collect cash that from Chinese entrepreneurs active in the central Italian province to allegedly commit tax evasion.

The gang leader used the illicit proceeds to buy gold of dubious origin, which he and other gang members then hid in their checked bags on trips to Turkey, Spain and Greece, where they sold the gold.

In a final step, the organization transferred the money made from the gold to Turkish and Romanian companies belonging to the suspects.