Despite being under scrutiny from human rights groups, far-right politician Jair Bolsonaro won the presidential election in Brazil on Sunday after having based his campaign on fighting against corruption and organized crime. 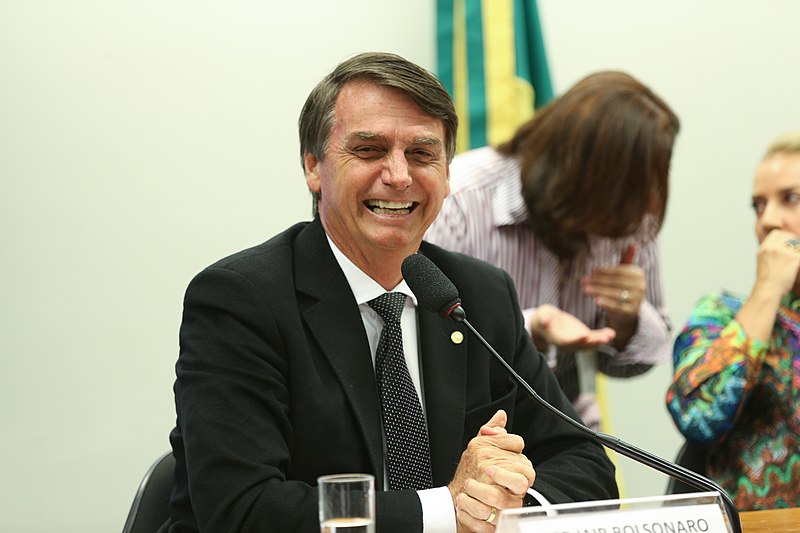 President-Elect Jair Bolsonaro (Photo: Fabio Rodrigues Pozzebom/Agencia Brasil, CC-BY-2.0)
Brazil has been plagued with graft scandals that have put former president, Luiz Inacio Lula da Silva, in prison for corruption. Lula’s successor, Dilma Rousseff, was impeached and her successor, Michel Temer, is under investigation along with almost 60 percent of the country’s lawmakers.

Bolsonaro promised to clean up Brazilian politics. However, many human rights activists have voiced concern over Bolsonaro’s comments against women, minorities, and people who identify as lesbian, gay, bisexual, or transgender.

The Guardian characterized him as a “far-right, pro-gun, pro-torture populist.”

Bolsonaro will be Brazil’s first president with a military background after the end of the military dictatorship that lasted from 1964 to 1985. Reuters reports that he has praised the dictatorship in the past and has already asked retired military leaders to serve in the government.

International advocacy organization Human Rights Watch released a statement after the election calling for Brazilian institutions to act as safeguards in the new government.

“Brazil’s judiciary and other key institutions should resist any attempt to undermine human rights, the rule of law, and democracy under Jair Bolsonaro’s government,” the organization said.

The 63-year-old lawmaker won with 55.54 percent of votes against Fernando Haddad of the Workers Party (PT), the country’s election authority said.

PT had governed Brazil for 13 of the last 15 years. It was ousted in 2016 due to corruption scandals and the impeachment of then-president Dilma Rousseff. Michel Temer, who served as interim president, is now facing allegations of corruption stemming from the construction giant Odebrecht.

“I don’t idolize Bolsonaro and I don’t know if he will govern well, but we are hopeful,” Tatiana Cunha, a 39-year-old systems analyst in Rio de Janeiro, told Reuters. “People want the PT out, they can’t take any more corruption.”