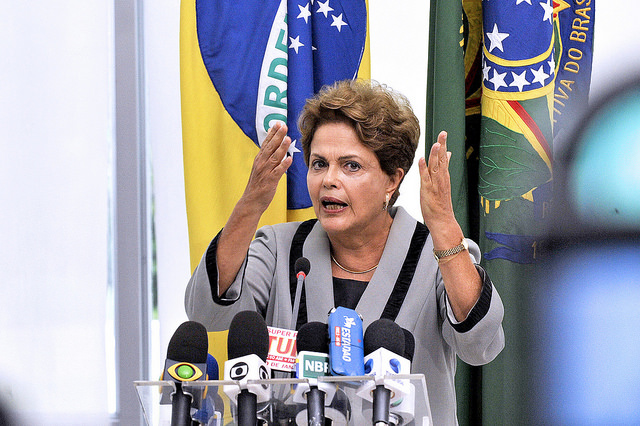 Former President Dilma Rousseff (Source: Jonas Pereira/Agência Senado, CC BY 2.0)Netflix debuted “The Mechanism” last Friday. The series begins ten years before the Lava Jato investigation with police investigating a money laundering scheme in the south of Brazil, eventually uncovering a larger bribery ring implicating politicians and businessman in the state-run oil company, which in the series is called Petrobrasil.

As most quality shows do, The Mechanism sparked memes and tweets both positive and negative across social media. A valid criticism is that statements made in real-life by right-wing politicians were attributed to the leftist former president Luiz Inacio Lula da Silva in the show.

“Under the guise of telling the story of the Car Wash investigation in a series ‘based on real events,’ the director Jose Padilha distorts reality and spreads all sorts of lies to attack me and President Lula,” Rousseff said in a statement to Reuters.

“He has turned himself into a creator of fake news.”

Rousseff was impeached for breaking budget laws, ending 14 years of leftist rule by the Workers Party. Lula, still Brazil’s most popular politician, faces a 12-year prison sentence and will likely be barred from running in this year’s election, even though he is the front-runner in early polls.

The Workers’ Party (PT) is considering legal action against Netflix.