US Seeks Documents From Glencore on Corrupt Intermediaries

The US Department of Justice is seeking documents from the world’s largest commodities trader, Glencore, over intermediary companies that it uses in Venezuela, the Democratic Republic of the Congo, and Nigeria, Reuters reported on Tuesday. 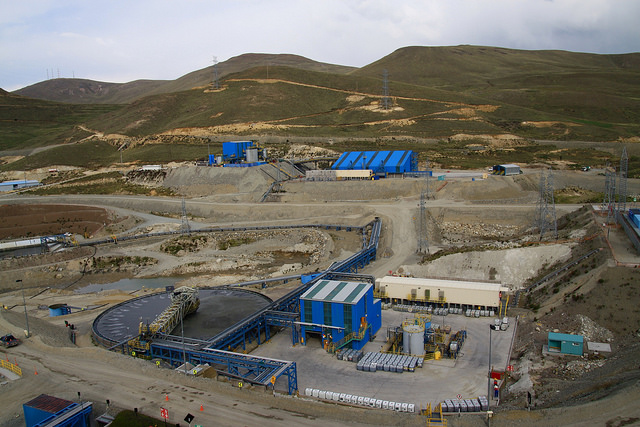 Glencore's Antapaccay mine in Peru (Flickr)Shortly after, the metals giant posted a 12 percent rise in copper production and a 44 percent rise in cobalt production, all from a restart of its processing operations at the Katanga mine in the Democratic Republic of the Congo.

The US has been investigating Glencore’s operations over allegations that its operations in Venezuela, the Democratic Republic of the Congo and Nigeria bribed energy officials and engaged in corrupt practices.

“The investigation focuses on intermediaries,” said an unnamed source to Reuters. Another source said the Department of Justice was focusing on three intermediary firms that work with Glencore.

Glencore, an Anglo-Swiss company, has a decades-long history of corruption, which include allegations that it paid millions of dollars in illegal kickbacks to Saddam Hussein’s regime.

The recent US investigation focuses on violations of the Foreign Corrupt Practices Act and money laundering laws. In Nigeria, it centers on Glencore’s ties to associates of the country’s former oil minister Diezani Alison-Madueke.

These associates own Atlantic Energy Holdings, a Nigeria-based company whose subsidiary sold Glencore bought oil. They are alleged to have laundered money and bribed Nigeria’s oil minister.

Meanwhile, in Congo, US authorities are looking for information on Israeli businessman Dan Gertler, a partner in Glencore’s cobalt and copper mines until 2017.

Gertler is accused of cutting corrupt deals and working to enrich his longtime friend, President Joseph Kabila. Paradise Papers investigations revealed that Glencore gave Gertler’s company a US$45 million loan in exchange for his help in securing a mining deal in the DRC.

One of the deals that Gertler helped Glencore to secure was its ownership of Katanga, the source of its recent profit surge. Gertler is alleged to have paid bribes amounting to millions to a top DRC official during the course of these negotiations.