Mozambican authorities named a former Labor Minister as the main suspect in a corruption case involving the illicit removal of some US$1.7 million (100 million meticais) from the National Social Security Institute (INSS), Noticias reported Wednesday. 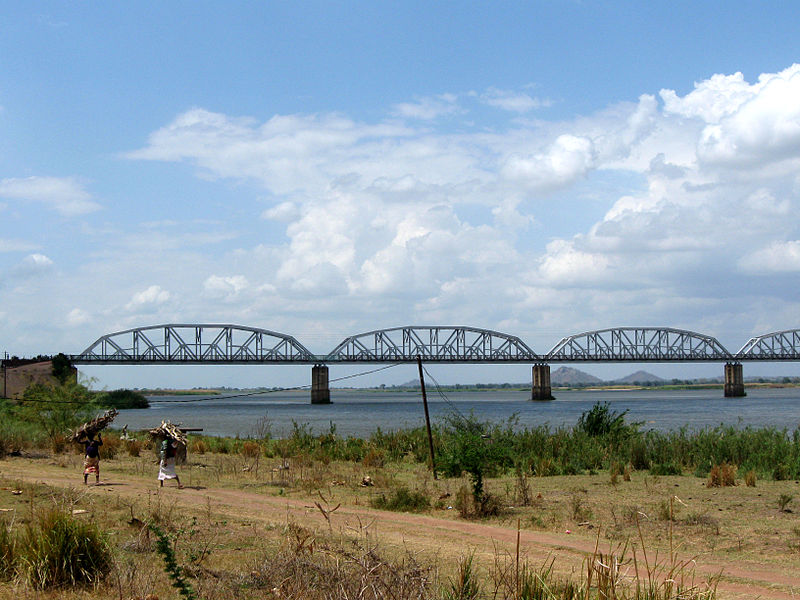 The Dona Ana Railway bridge over the Zambezi river on the eastern edge of Sofala Province, where Taipo was once Governor. (Photo: Wikipedia, CC BY 2.0)Maria Helena Taipo has been named as a primary beneficiary of the siphoned INSS money, which was allegedly stolen in 2014. There are five suspects in the case, according to a spokesperson for the Public Prosecutor’s Office.

An investigation conducted by the Public Prosecutor’s Office and the General Inspectorate of Finance (IGF) alleges that Taipo received illicit payments via bank transfers from companies who had signed contracts with the INSS. According to the report, much of the money came in the form of bribes paid to secure real estate investments.

The former minister is also accused of running a fraudulent scheme to duplicate travel expenses. An IGF audit indicates she received expenses from both the Labour Ministry and the INSS for the same trip.

Taipo served as Labour Minister under President Armando Guebuza from 2005 to 2015. When current president Filipe Nyusi, took office he appointed her governor of the central province of Sofala. This July, Nyusi made her ambassador to Angola and Sao Tome and Principe.

Sofala Province is the point of origin for 80 percent of Mozambique’s milling and timber exports, according to the investment website Club of Mozambique, but also has a long-standing reputation for piracy in its forestry sector.

In 2015, then-governor Taipo investigated claims that part of the revenue from the timber industry was being diverted by officials at the Sofala Provincial Forestry and Wildlife Service, a regional unit of the Ministry of Agriculture. A 1999 law passed as part of the Forest and Wildlife Act designates 20 percent of timber operators’ profits to local communities.

As part of the investigation, Taipo delayed the start date of the logging season in what a May 2015 report by the Economist Intelligence Unit, a business within the Economist Group, called “a bold statement of intent to clean up the sector.”