Authorities on Tuesday night ordered the detention of Greece’s former defense minister and his wife as he awaits trial over charges of taking kickbacks from arms procurement deals in the early 2000s and laundering the money, Reuters reported. 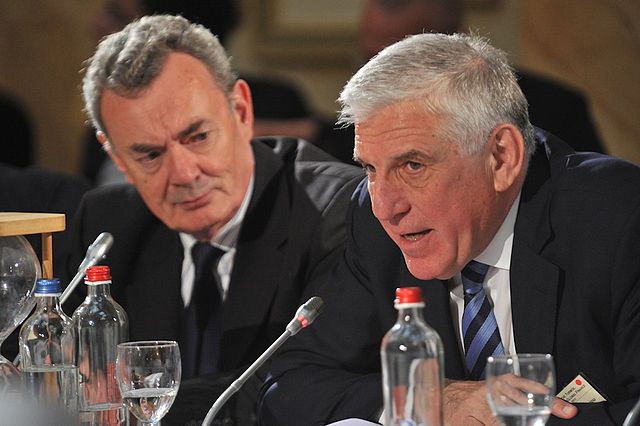 Exiting the courthouse at midnight, Papantoniou lashed out at his detention, implying political motives.

“The instrumentalization of the Greek judiciary endangers our very democracy,” he said.

The order to put him and his wife in pre-trial detention came after investigators questioned Papantoniou for 16 hours earlier this week. Greek prosecutors concluded the two would flee the country if they weren’t detained.

A longtime Socialist politician, Papantoniou was Greece’s defense minister from 2001 to 2003.

The upgrades of the frigates came during a defense spending spree that saw Greece buy battle tanks and combat helicopters, as well as counter-terrorism technology for the 2004 Olympics.

Greece’s Parliament opened a probe into Papantoniou in April 2017, examining corruption related to about $4.56 billion in defense contracts. Parliament then dropped the investigation saying it found “not enough indications of misconduct.”

Papantoniou’s file, however, was passed to a senior anti-corruption prosecutor to investigate possible money laundering related to the alleged kickbacks.

Papantoniou has previously faced charges of tax evasion for nearly $1.5 million in a Swiss bank account belonging to his wife, which he twice failed to list on his annual parliamentary asset declaration.