A massive corruption trial is to kick off on Tuesday, involving hundreds of millions of dollars in alleged bribes, top executives of Sweden's largest telecommunications company and the jet-set daughter of the late president of Uzbekistan. 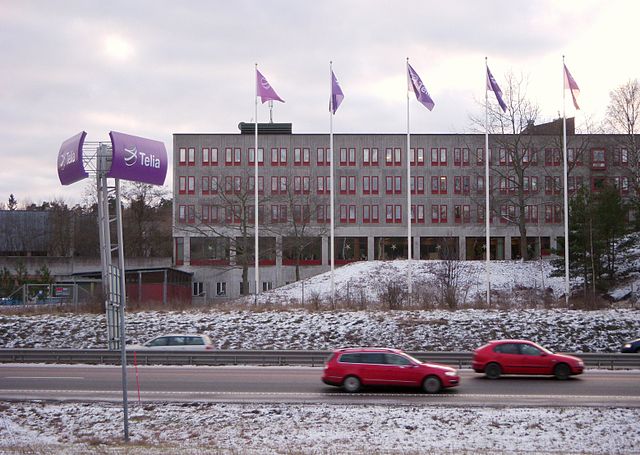 TeliaSonera's headquarters (CC 3.0)The prosecutor claims that between 2007 and 2010, Telia Sonera - now called Telia Company - bribed President Islam Karimov's powerful daughter Gulnara Karimova with more than US$400 million in return for being allowed to operate in Uzbekistan.

"All telecom companies that wanted to do business in Uzbekistan used the same method. They paid Karimova, or her offshore company Takilant, for government decisions and protection", said prosecutor Gunnar Stetler.

The media reports triggered the Swedish criminal investigation, which took six years to complete. CEO Lars Nyberg and other top executives, as well as the board of directors, were replaced the following year.

Meanwhile, the US and Dutch authorities reached a settlement with Telia Company. It was fined and forced to repay its Uzbek profits. The combined penalty amounted to $965 million. The company also admitted to breaking US law.

The Swedish case before the Stockholm District Court will instead try the personal responsibility of three former executives: Nyberg, former head of business area Eurasia Tero Kivisaari, and a former senior company lawyer. They all deny the charges of aggravated bribery.

”These were normal business practices. The price was entirely market-oriented. There was convincing information that everything was correct and in accordance with the applicable legislation,” said defense lawyer Hans Strandberg who defends the senior company lawyer.

The defense tried to have the case dismissed before trial. Even if the prosecutor’s version of events were correct, according to Swedish law their actions do not constitute bribery because Karimova was not formally in charge of granting licenses to telecom companies, the defense lawyers argue.

Even if she received the money and made sure that the companies were given the required licenses, that should rather be considered extortion or threat, Strandberg claims.

The prosecutors, however, argue that in harsh dictatorships such as the one in Uzbekistan, a person like Karimova had the actual authority. Also, what the company paid for were government decisions. In addition, she was deputy foreign minister, and hence a government official.