Najib Razak, the former Malaysian Prime Minister, was charged Wednesday with allegedly embezzling billions of dollars from the 1MDB state fund, according to Al Jazeera. 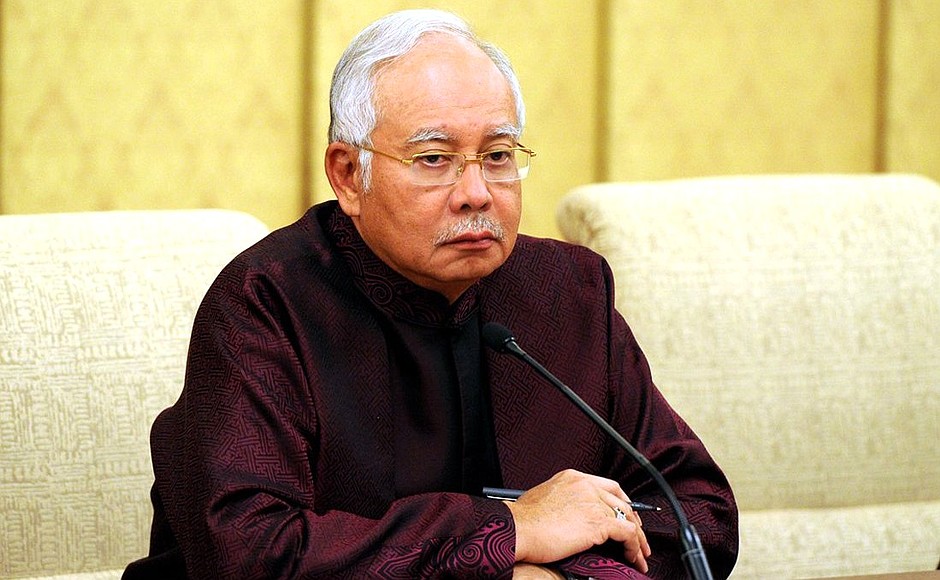 Najib Razak (Resources of the President of Russia)Najib was charged with three counts of criminal breach of trust and one count of corruption.

According to the Malaysian Anti-Corruption Commission (MACC), corruption-related offenses are penalized by up to 20 years in prison and a fine equivalent to five times that of the funds embezzled.

Najib continues to assert his innocence.

The court granted Najib bail of 1 million ringgit (US$250,000) in cash and confiscated his two diplomatic passports. The judge also issued an interim gag order to limit media from discussing the case, The Guardian said.

The case against Najib has been building for years. In 2015, $4 billion disappeared from state funds with almost $700 million allegedly transferred into Najib’s bank account. In 2016, the US Department of Justice filed civil lawsuits that alleged $681 million was transferred to Najib from 1MDB.

In 2017, the company that financed the 2013 film, “The Wolf of Wall Street,” agreed to pay the US government $60 million to settle one of those lawsuits, as the film was allegedly funded with the stolen money.

In response to the scandal, Najib was ousted by voters in May and the new Prime Minister, Mahathir Mohamad, set up a task force to investigate criminal conduct in connected to 1MDB.

Authorities have frozen more than 400 bank accounts of individuals and companies thought to have received 1MDB funds, Reuters said.